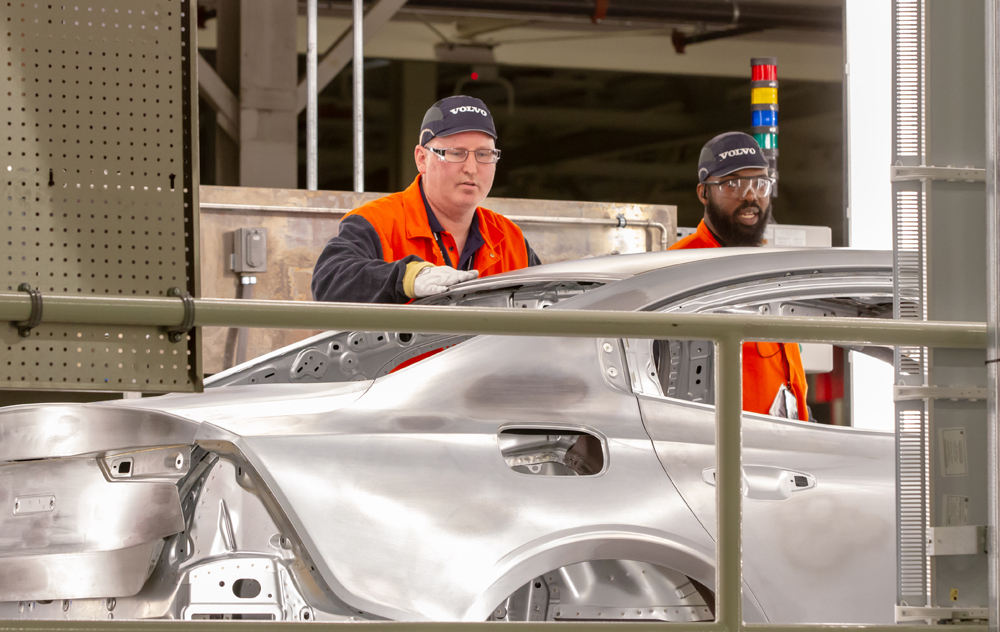 South Carolina-made S60 sedans are now rolling off the production line, ready to make their way to Volvo dealerships across the country.

The Volvo Car Charleston Plant is the sole producer worldwide of the S60, the company’s new midsize luxury sedan. Volvo Cars began mass production of the vehicle this month at its Berkeley County campus.

The company unveiled the car there in June, marking the beginning of the Chinese-owned, Sweden-based company’s U.S. automobile production.

Workers have honed the building process and tested the cars over the past several months during the pre-production phase. Some of those vehicles are used for crash and safety tests; others are crushed or recycled.

The campus is now in full production. The first S60 cars will arrive at Volvo dealers around the country later this year. Global distribution will begin in spring 2019.

“We’re proud to launch Volvo’s first American-made car,” said Jeff Moore, vice president of manufacturing for the Americas and lead of the Volvo Car Charleston Plant, in a statement.

The site, located near Ridgeville, is the automaker’s first in the United States. The company wanted to establish a manufacturing presence in the U.S. in hopes of boosting domestic sales.

The company is investing in training retail employees to become S60 experts through its new on-site initiative, Volvo Car University.

The plant will be able to produce up to 150,000 cars annually when both car lines are operational in 2021, the company said.

Vehicles made at the plant will be sold to North American and overseas customers. Volvo exports will go through the Port of Charleston.

Volvo joins two German car companies that have chosen to produce vehicles in South Carolina. BMW’s long-standing plant in the Upstate is on track to employ 10,000 people in the next couple of years, and Mercedes-Benz Vans in Ladson, which recently expanded to produce Sprinter vans from start to finish in the United States for the first time. Mercedes-Benz Vans plans to employ 1,300 people in the Lowcountry by 2020.

Between Volvo Cars and Mercedes-Benz Vans, more than 5,300 automotive workers will be hired to produce cars, SUVs and vans in South Carolina by 2021.