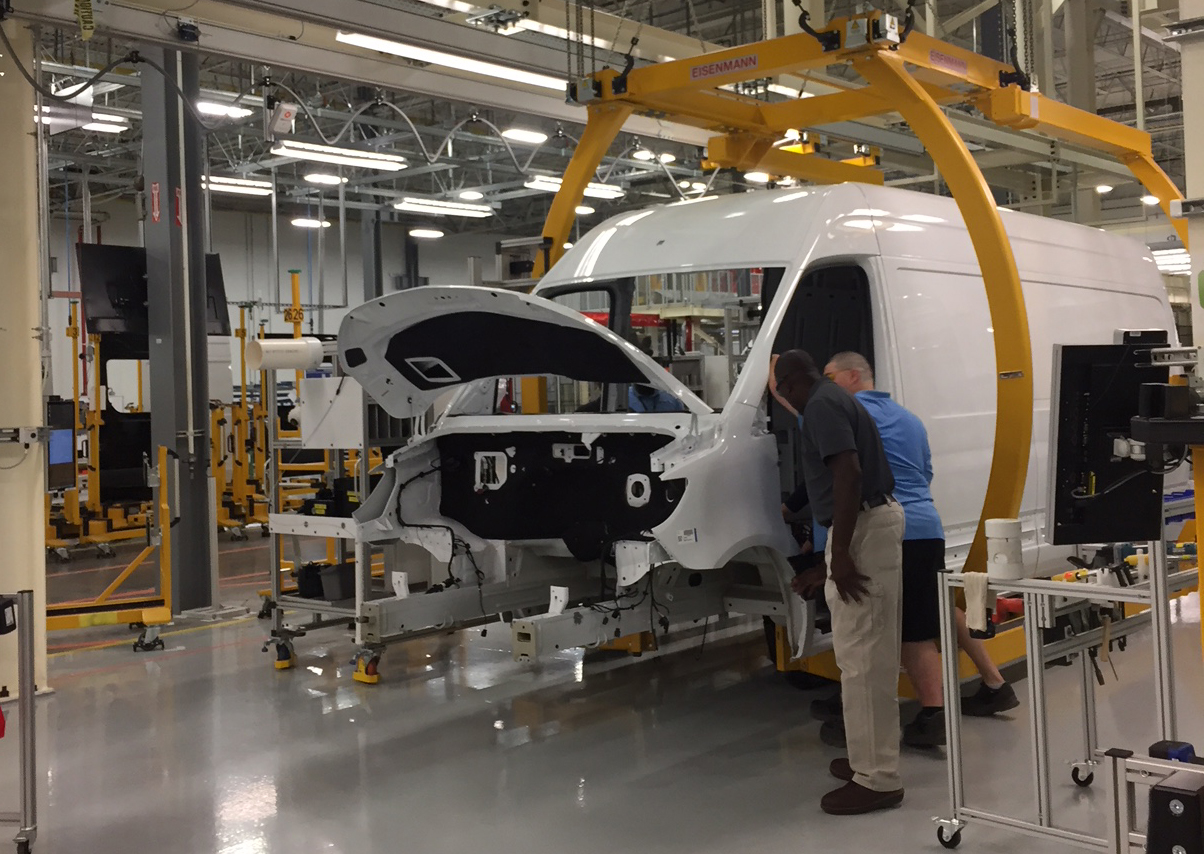 Mercedes-Benz Vans revealed the first Sprinter van made from start to finish in the United States today at its newly expanded manufacturing site in Ladson.

Company executives and workers cheered as Michael Balke, president and CEO of Mercedes-Benz Vans, drove the newest version of the Sprinter van onto a stage. S.C. politicians, economic developers and business leaders were among the crowd. 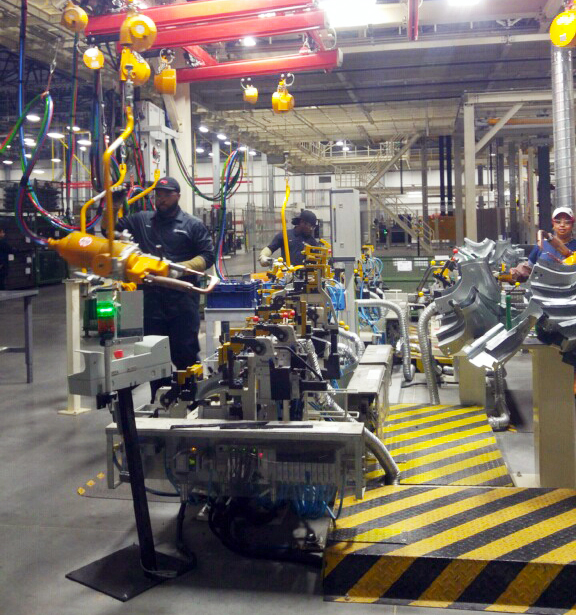 Sprinter van production is now underway at the manufacturing campus along Palmetto Commerce Parkway, just outside of North Charleston. The site employs 900 people today, up from around 150 several years ago.

More hiring will continue through 2020 — up to 1,300 people — as production ramps up over the next two years. Company officials declined to share production rates.

The German automaker decided to bring full-scale production capabilities for the Sprinter vans to the United States in 2015, investing $500 million to expand its existing campus beyond a reassembly site.

The existing final assembly building was expanded and a new body shop and paint shop were built on the site, enabling the Sprinter vans to be produced from scratch in the Lowcountry.

“The last two years have been a massive undertaking,” Balke said.

Since 2006, Mercedes has reassembled Sprinter and Metris vans at its Lowcountry plant. Those vans were built in Europe, broken into pieces that were put into shipping containers, and sent to South Carolina, where they were reassembled. This process, known as semi-knocked-down assembly, helped the company avoid hefty import taxes on finished vehicles.

Company executives decided instead to build out the reassembly site to a full production operation, speeding up the production process for Sprinter vans and hopefully boosting North American sales.

To that end, Amazon announced an order today for 20,000 more Sprinter vans, up from 5,000, as part of its expanded delivery service, which allows entrepreneurs to create delivery companies using Amazon-branded vans.

Volker Mornhinweg, head of Mercedes-Benz Vans, said the significant investment into the campus was worth it when compared against the company’s production and sales goals. He declined to share how much money was saved using the reassembly process versus building the vans in the United States, but he did say U.S. customers will no longer have to wait six months for a Sprinter van to be reassembled and produced.

Metris vans will continue in the reassembly process for now. Executives said they have not decided whether the Metris will also be fully built in South Carolina in the future.

Company executives declined to discuss the ongoing global tariff battle on steel, aluminum and finished vehicles, other than to say they support open markets, competition and free trade between the U.S. and Europe.