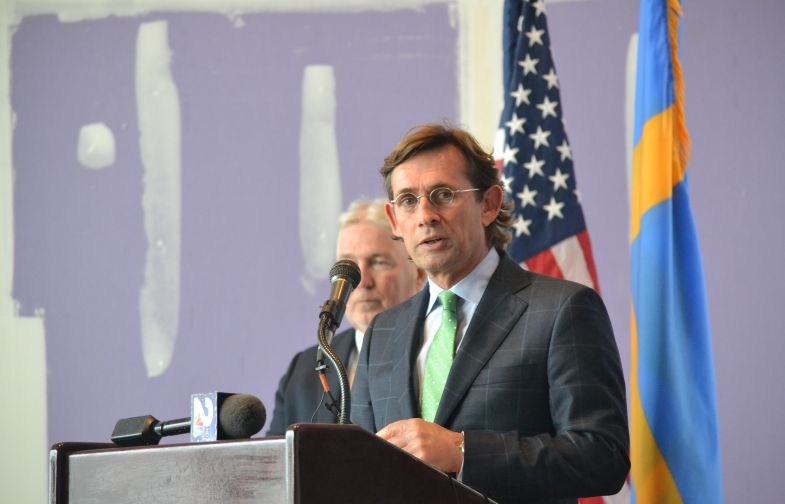 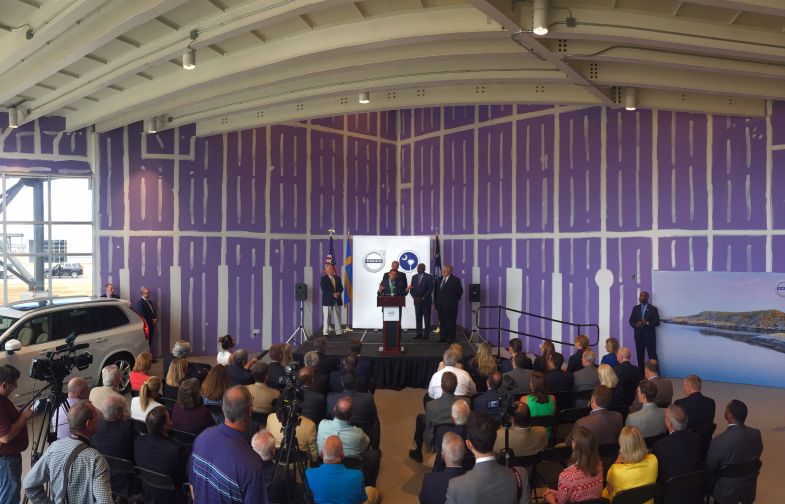 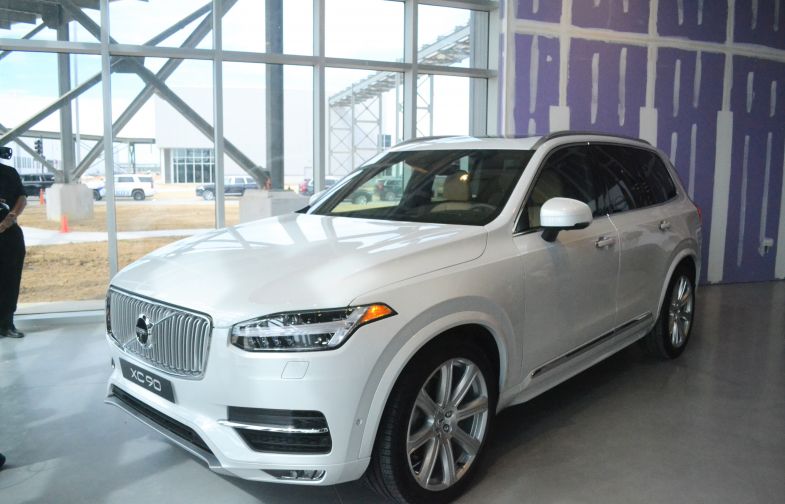 Volvo officials said the XC90 is the company's "flagship SUV" and a big seller in the United States. (Photo/Liz Segrist) 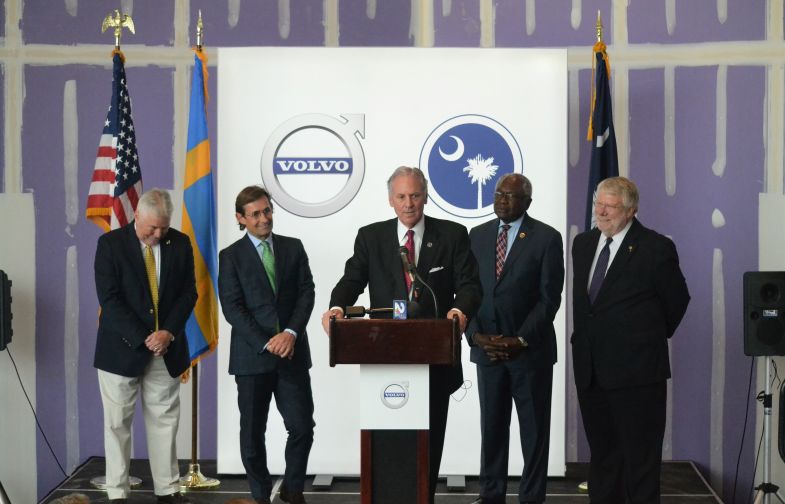 Volvo Cars plans to build a second model of vehicle in South Carolina.

Starting in 2021, the Volvo campus in Ridgeville will build the XC90, which Lex Kerssemakers, president and CEO of Volvo Cars of North America, called the company’s “flagship SUV.”

The company added details today about the expansion it confirmed last week, that it is adding 1,910 jobs and $520 million at its Berkeley County facility, for a total of 3,900 jobs and more than $1 billion invested in its Lowcountry footprint.

The Sweden-based automaker said in 2015 it was bringing car production to the U.S., hiring at least 2,000 people initially and investing $500 million to build the all-new S60 sedan, which is expected to roll off production lines in 2018.

Volvo expected to employ 4,000 people over time; those jobs have now been announced prior to production of a single vehicle.

“Today’s announcement not only underscores Volvo’s commitment to the United States, but also our commitment to South Carolina. ... By 2021, say 2022, this region will have an equivalent of about 20,000 people directly and indirectly working with this facility,” Kerssemakers said.

The S.C. site will be the first Volvo facility to produce the newest version of the XC90, said Katarina Fjording, purchasing and manufacturing vice president for Volvo Car U.S. Operations. Fjording oversees the plant’s construction processes.

The XC90 is currently produced only at the company’s headquarters in Torslanda, in Gothenburg, Sweden. The vehicle will eventually be produced at two other Volvo facilities — in South Carolina and at a to-be-determined site, Kerssemakers said. Kerssemakers said the XC90 model played a role in the rebound of Volvo’s sales in the United States, the vehicle’s largest market.

Since announcing the campus in 2015, Volvo officials said the company has seen a resurgence in market demand from U.S. customers and a renewed excitement from auto dealers across the country.

“In the United States, Volvo took market share in 2016, growing 18.1%, making it one of the fastest-growing premium brands in a broadly flat market,” the company said in a sales report. “Total sales for the year amounted to 82,726 cars, with the Volvo XC90 and XC60 leading sales performances.”

Customer demand drove the decision to produce the SUV in South Carolina — Volvo said it wants to build vehicles near the customers who are likely to buy them. Other factors played a role as well.

Volvo’s new, 1,600-acre campus and related infrastructure, the site’s proximity to the Port of Charleston and the state’s entrepreneurial spirit also persuaded Volvo to bring the second vehicle to the site, Kerssemakers said.

“I can stand here on stage today, and say after two years of working with the county, with the state ... that we have never regretted it one second that we elected South Carolina as our partner,” he said.

The Volvo site has a body shop, paint shop, assembly facility, office building and parking lots; construction is ongoing. The campus was built with growth in mind, but state Commerce Secretary Bobby Hitt quipped: “I will say, this happened a little quicker than we thought.”

Much of the plant’s infrastructure was built to handle a second vehicle, but additional investment is required, officials said. More equipment will be added to the body shops and assembly shops, such as the doubling the number of robots in the body shop.

Total U.S. production capacity at the plant will rise to 150,000 vehicles annually.

In addition to the added manufacturing capacity, the extra investment also creates the need for another office operation on the site.

An 88,000-square-foot office facility now under construction will have the capacity for 300 workers. The facility will house operations management and research and development and will serve as a regional sales office and training center.

The state Commerce Department will request $46 million in bonds from the Joint Bond Review Committee and the State Fiscal Accountability Authority for infrastructure needs related to the expansion and the office project, Hitt said.

The Volvo site is expected to change the Ridgeville area dramatically over time, similar to BMW Manufacturing Co.’s impact on the Upstate. U.S. Rep. Jim Clyburn said the company’s investment in Berkeley County redefines the area as a place to which people will flock for housing and jobs.

Hitt echoed his sentiment, noting it is the state’s largest economic development project in a rural area.

Volvo currently employs about 350 people at the new plant, and all production hires thus far have been South Carolinians. Fjording said she expects employee counts to rise to 500 by the end of the year and then quickly ramp up to 2,000 before production of the S60 begins in fall 2018. A few years later, that workforce will double for XC90 production.

When asked whether another car would be built at the site in years to come, Kerssemakers said there are no plans for that now.

“We always assumed when we started to build this (site) that, in due time, there should be a second car. ... If we go to a third car, it needs even further expansion,” he said. “But we have the space, so never say ‘never.’ ”

I love Volvo as a company and really wish they would come out with a bigger diesel motor. I have a fleet of tow trucks that I'd like to start swapping out with Volvo's as my Frieghtliners wearout. I love my wife's Volvo XC90!