The Salute to Manufacturing awards closed out the S.C. Manufacturing Conference & Expo held this week at the Charleston Area Convention Center in North Charleston. The award winners were announced during a special luncheon following the two-day conference and a keynote address by Gov. Henry McMaster.

McMaster also presented the awards to 12 companies in several categories. The following winners were announced: 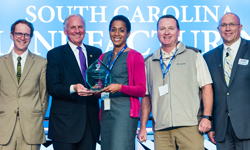 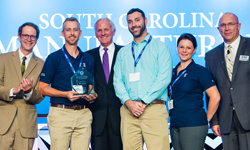 Innovator of the Year:
MTU America 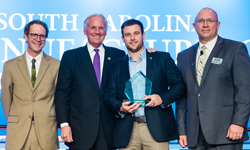 Kelley Engineering, located in Piedmont, specializes in designing and building custom automation equipment, as well as providing CNC machining and metal fabrication services. Founder Matt Kelley began operating the business in 2015 out of his garage with no customers, no employees, and no equipment. Currently, the company has 19 employee and 30 pieces of manufacturing equipment. 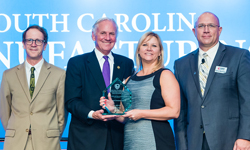 East Coast Erosion Control offers a global portfolio of erosion and sediment control products. The company, founded in 2002 in Lake City, set out to increase the system management, tracking and quality control capabilities of key equipment. Now, the facility is one of the most efficient and technologically advanced erosion control blanket manufacturing facilities in the country. 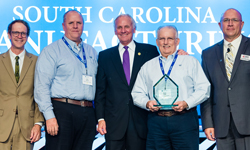 T&S Brass and Bronze Works has been a privately held, family-owned business since 1947. The Travelers Rest company has provided equipment solutions to the food service and plumbing industries serving the health care, education, restaurant, grocery, laboratory and hospitality markets. The company has experienced steady growth in market share, with a 25.9% increase from 2014 to 2018. 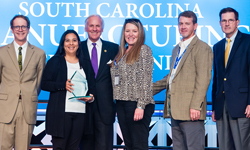 Becton, Dickinson and Co.: Employing more than 65,000 associates worldwide, Becton Dickinson is one of the world’s largest medical technology companies, supporting health care providers in more than 190 countries. The company's Sumter County facility has been in operation since 1970, manufacturing blood collection devices. The company announced a $150 million investment in its existing Sumter County manufacturing facility in mid-2018. Over the next several years, an additional 125 new jobs are projected to be created. 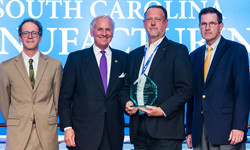 DAA Draexlmaier Automotive: Draexlmaier, a global automotive supplier, completed an expansion of its existing manufacturing operations in Spartanburg County in late 2018. This expansion represented an investment of $42.7 million and the creation of 460 new jobs. A tier one supplier to the international automotive industry, headquartered in Germany, Draexlmaier manufactures interiors for automobiles and plastic components at its Duncan site. The facility, opened in 1998, has been expanded three times. 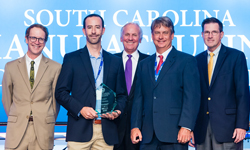 JW Aluminum: Founded in Mt. Holly in 1979 as Jim Walter Metals, JW Aluminum has grown to four aluminum mills nationwide and over 750 employees. The company produces a variety of flat rolled aluminum products. An expansion is underway at JW Aluminum’s Goose Creek plant and represents the fourth-largest economic development announcement in South Carolina. This project, a $255 million investment, will add 50 new jobs to the area. 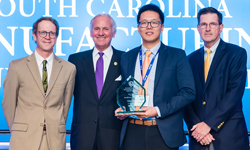 Healthcare US Co.: Founded in Jiangsu, China, in 2003, Healthcare Co. Ltd. is the first publicly traded memory-foam mattress manufacturer in China and is now the largest such manufacturer in that country. In early 2019, the company opened a 650,000 square-foot facility in Winnsboro, creating a $45 million investment and 250 jobs in Fairfield County. The operation specializes in the production of memory-foam mattresses. 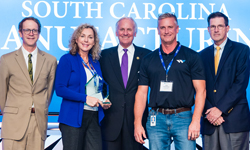 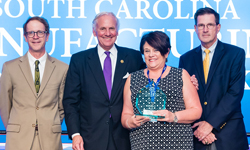 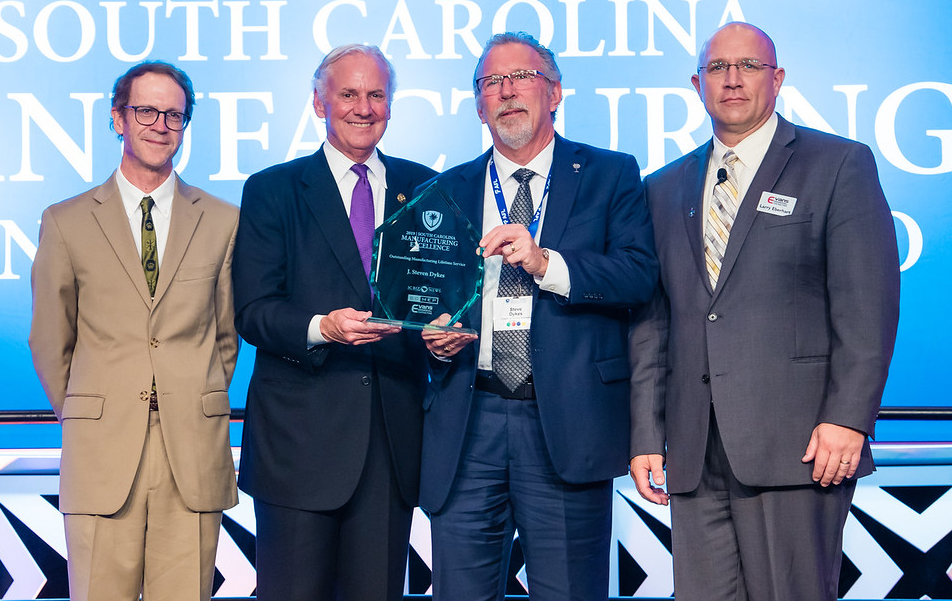 Steve Dykes has served as director of Charleston County Economic Development since its inception in 1993. For the past 25 years as economic development director, he has spearheaded the county’s recruitment, retention and expansion efforts, leveraging more than $6.3 billion in capital investment and the creation of more than 33,000 jobs in Charleston County. Dykes played an integral role in the recruitment and expansion of blue-chip companies including Boeing Co., Mercedes- Benz Vans, Cummins, WestRock Co., and Ingevity. Steve fosters relationships with education and statewide economic development partners, working to match curriculum to company workforce needs.