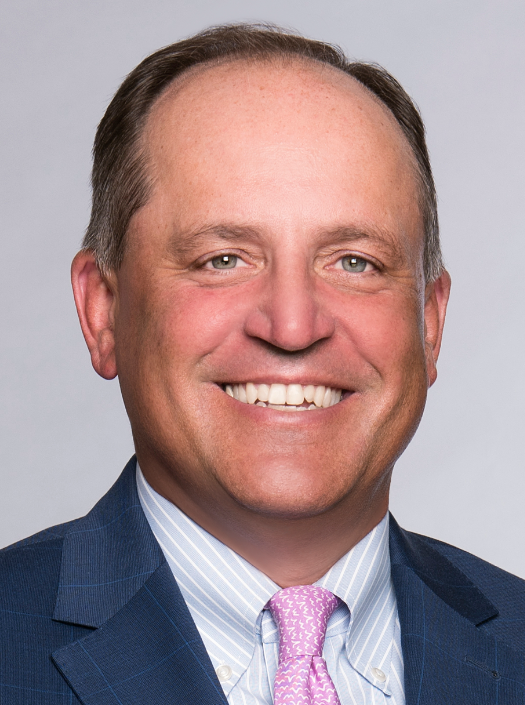 The S.C. Chamber of Commerce has a new CEO and he is determined from day one to spread the word about the state’s under-recognized value.

Bob Morgan stepped into his new role on April 1, picking up where Ted Pitts left off when he resigned in October after six years.

“I think South Carolina is one of the most underrated pro-business states in the country,” Morgan said. “All the ingredients are there for South Carolina to continue to grow and prosper and become better at creating more opportunities for all of its citizens.

Prior to coming to South Carolina, Morgan served as the CEO of the Charlotte Chamber of Commerce from 2005 until 2018.  For the last few years, he performed rewarding work as the public affairs director at the Charlotte law firm, Robinson Bradshaw.

Morgan calls himself a “chamber guy” at heart, and when the South Carolina opportunity came knocking, he couldn’t resist. The CEO position provided him the chance to serve as the voice of the state’s business community — an especially challenging role in a post-pandemic world.

“It really was an opportunity to make an even bigger contribution, to be part of leading a team that’s doing the good work of promoting business and free enterprise,” he said.

Though the Charlotte chamber is larger than the entire South Carolina organization numbers-wise, Morgan appreciates the opportunity to play on a “bigger stage.”

He’s especially grateful to have the platform to further redefine the way other states view the South.

“I don’t know yet that everybody is aware at just how strong and successful the state has been in attracting major employers,” Morgan said. “The word is starting to get out, of course, with Boeing and BMW and Volvo and others.”

In particular, Morgan feels South Carolina doesn’t receive the recognition it deserves for its balanced economy and its strong technical college system.

He also thinks the state has potential to grow even faster, keeping in par with surrounding states.

Some of the hindrances he hopes to help overcome include South Carolina’s lacking workforce development. If the state could attract, grow and develop more talent, he believes employers would be able to find even faster success.

Another major subject that Morgan hopes to tackle is comprehensive tax reform. South Carolina’s corporate income tax is double North Carolina’s.
“Is that the right place to be if we want to position ourselves for the future?” Morgan said. “Or is there an opportunity to look at tax reform comprehensively, not just corporate income tax rate, but property taxes, sales taxes, and just make sure we have the right mix so that we are competitive with the states around us and any states that we would compete with for jobs.”

A Charlotte native, Morgan began his career in the district office of Republican Congressman Alex McMillan.

Somewhere along that road Morgan became determined to make a career out of chamber work and aspired to one day be a CEO.

“I truly believe it’s a noble cause. We’re promoting free enterprise as a way to make the world a better place,” he said. “We all need a job. A job is the way that we support our families and our communities.”

While Morgan is honored to follow in Pitts’ footsteps, he’s very aware of their different backgrounds. Pitts brought a legislative and political background to the role, while Morgan has worked in the chamber industry since the early ’90s.

Part of the challenge of picking up where Pitts left off, is connecting not only with political partners, but business partners, Morgan said. He wants to see the South Carolina Chamber of Commerce’s membership grow and more businesses engage with the organization.

He is also excited to further facilitate partnerships with between South Carolina’s business community with the public sector. Coming from Charlotte, Morgan said public-private partnerships were key factors in the metro’s economic culture.

“I bring a unique perspective having spent most of my career with a local chamber. I think there are some opportunities for the state’s chamber to partner even more closely than it already does with some of the great local chambers you already have on issues that are statewide that we all share in common,” he said.