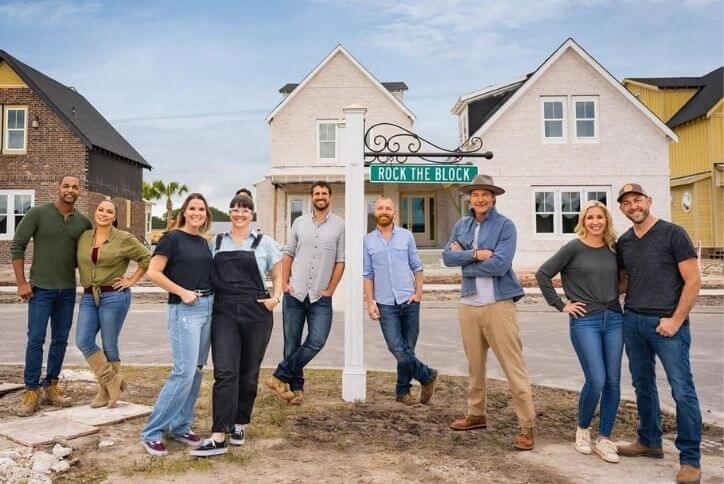 If you’re still worried about getting out in the community with germs and frigid weather all around, HGTV and Discovery+ has a neighborhood fix you can indulge in from your couch.

On Feb. 28, the channels will begin airing season three of its Rock the Block series, featuring Berkeley County’s Nexton community.

The home renovation competition series led by design expert Ty Pennington, formerly of Extreme Home Makeover, will feature homes built by Hunter Quinn Homes. The six-week show will how air at 9 p.m. on Mondays and will bring on a slew of stars like former New Kids on the Block member Jonathan Knight, builder and designer Jasmine Roth of Help! I Wrecked My House and Alison Victoria of Windy City Rehab, among others.

“Nexton caught the attention of the show’s production team after it was named the No. 1 Master Planned Community of the Year by the National Association of Home Builders, and we are fortunate to have been selected after their nationwide search,” Cassie Catline, director of marketing for Nexton, said in a statement. “While Nexton is no longer a secret, this exposure will give people around the U.S. a glimpse into life at Nexton and in the Lowcountry.”

Rock the Block is one of HGTV’s most popular shows with more than 5 million viewers on average per episode.

Nexton and Hunter Quinn Homes plan to host a series of online watch parties for the premiere episode. A finale party is also in the works with food trucks, prizes, tours and more.