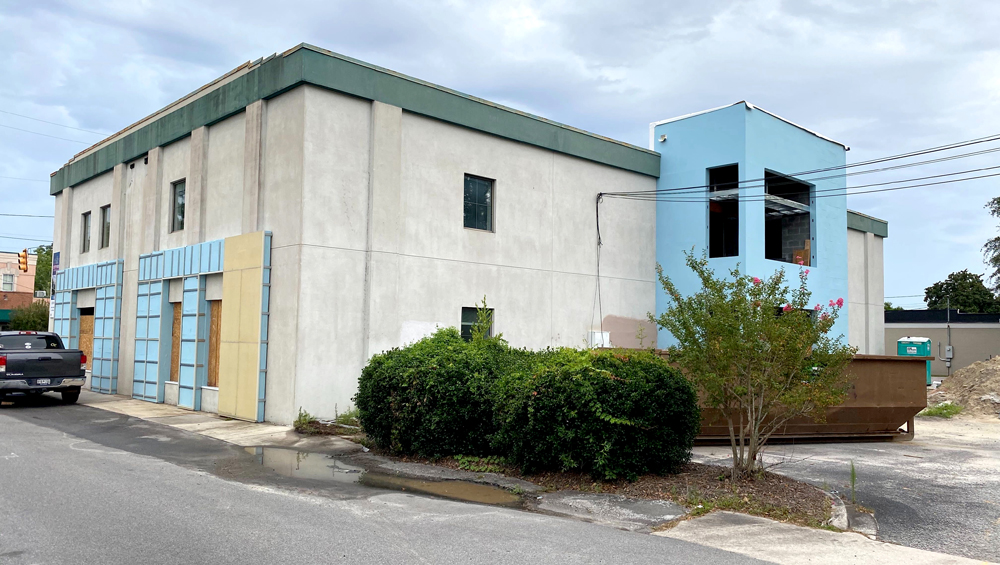 A regional developer said while the market for larger office space might struggle during the coronavirus pandemic, the appetite for smaller square footage could see a resurgence.

Jeff Baxter, a partner in Cityvolve, said interest has been strong for some of the company’s properties for commercial office space ranging from 1,000 square feet to 3,000 square feet.

“My sense is there’s an unevenness to the marketplace, and it may depend on which neighborhood a project’s in and what the attributes of the building are,” Baxter said. “There’s still a need for office space, and we think office space is going to be more important moving forward.”

The building at 140 N. Main St. was built in the 1950s and was previously renovated in the 1990s, Cityvolve said. The 13,000-square-foot building is 75% rented, with Ameris Bank being an anchor tenant. Cityvolve said Century 21 Properties Plus, McAngus Goudelock & Courie law firm and Cavysi are also coming to the location.

Real estate professionals and developers across the country have expressed concern during the pandemic, as more office workers have successfully transitioned to remote working. Companies have realized, through necessity, they might not need as much space as they had traditionally thought.

Baxter said large companies with huge portfolios will have trouble if a large tenant pulls out of a 50,000-square-foot space, for example. He said that’s what causing some concern among commercial developers and why he thinks smaller space will continue to be in high demand.

“For your local, professional, medical, financial, legal, real estate, there’s still a need for office space,” Baxter said, “and those decisions are made more locally and more regionally.”

Cityvolve development associate Anne Lawless said most of the interest in Summerville office space has been from the local area, including companies looking for space within the region. She said one recent inquiry came from outside the area.

“It was someone who was expanding into the Summerville market from another MSA, but most of it has been local,” she said.

Baxter said Summerville isn’t commanding commercial prices in the same range as Mount Pleasant, and that could be driving some of the demand.

“It’s definitely going to be lower than Mount Pleasant and downtown Charleston and the Upper Peninsula,” Baxter said. “It’s on par with North Charleston.”

Lawless said the market has not been softening in terms of price per square foot, and in the case of 140 N. Main St., Cityvolve has seen prices possibly strengthen.

“We’ve kind of realized, since we first started working on it with the great interest that we’ve had in the building, that the rates, that we can get a little bit of an uptick even from where we first started,” Lawless said. “We’ve had tremendous interest in it.”