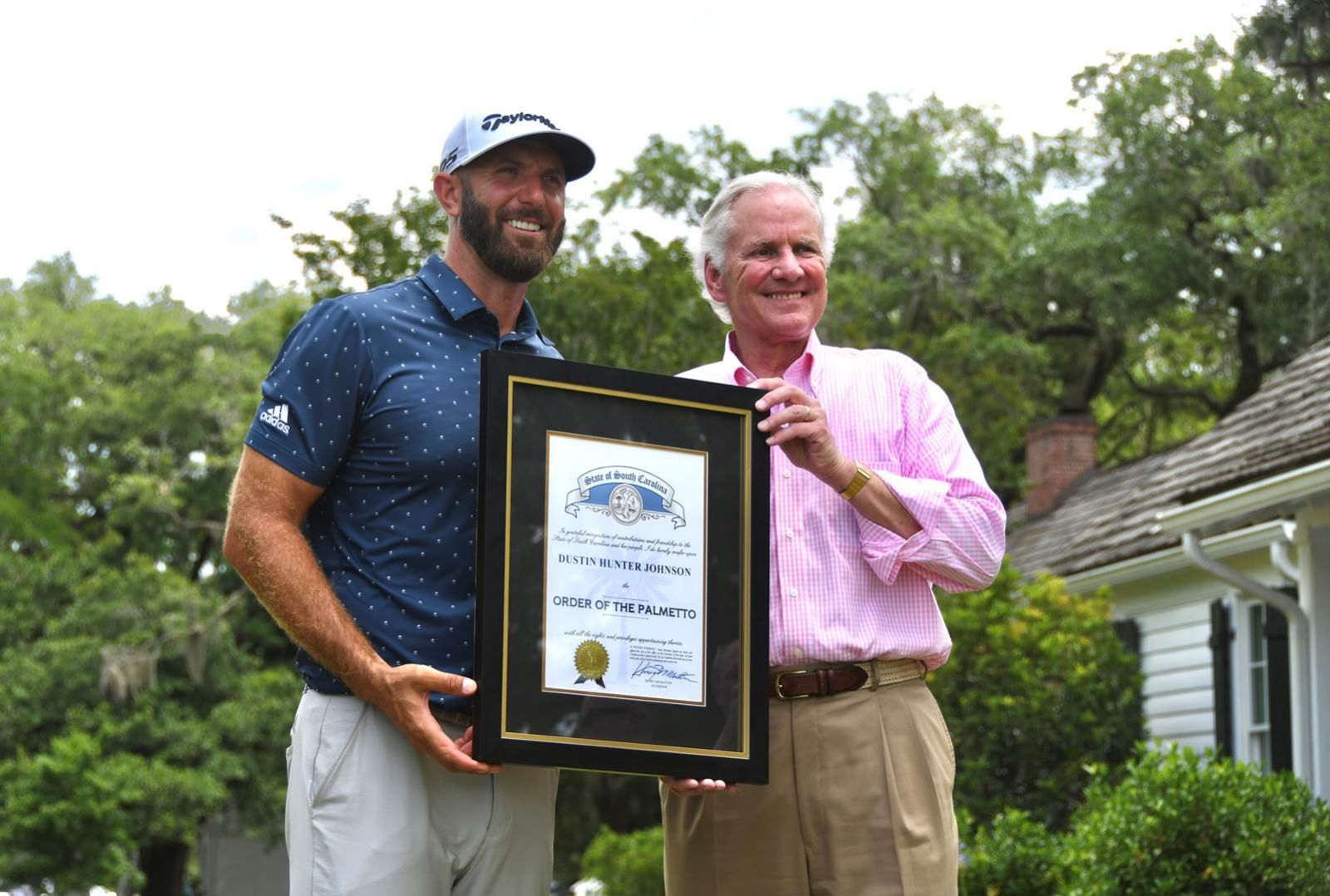 While he didn’t win the tournament, the 24-time PGA Tour winner and the first South Carolinian to win the Masters Tournament received the Order of the Palmetto.

Gov. Henry McMaster said the golfer’s commitment to giving back to the young people of South Carolina sets him apart and makes him an exceptional representative of the state.

“Through the Dustin Johnson Foundation, he’s removing barriers to the game and providing opportunities for young people that they wouldn’t otherwise have,” McMaster said. “We are proud to honor him with the Order of the Palmetto for all that he has accomplished, and all that he will continue to accomplish, in golf and beyond.”

Since Johnson joined the PGA, the golfer has been a “model of consistence” with at least one victory in his 14 consecutive seasons, said PGA Tour Executive Vice President Ty Votaw.

“While he has rightfully become a household name in this sport, Dustin is using that platform to impact the lives of young aspiring golfers in South Carolina through his Foundation,” Votaw said. “As is evident by this award, Dustin has undoubtedly made his home state very proud.”

That home state was also the title sponsor of the Palmetto Championship at Congaree, a PGA Tour one-off tournament added to replace a canceled Canadian event.

Duane Parrish, director of the S.C. Department of Parks, Recreation & Tourism, said that golf is a “cornerstone” of the state’s tourism industry, contributing approximately $2.6 billion to South Carolina’s economy annually and supporting more than 31,000 in-state jobs.

“As a Palmetto State native, Dustin’s success both reflects and enhances the significance and prominence of golf in South Carolina,” Parrish said.