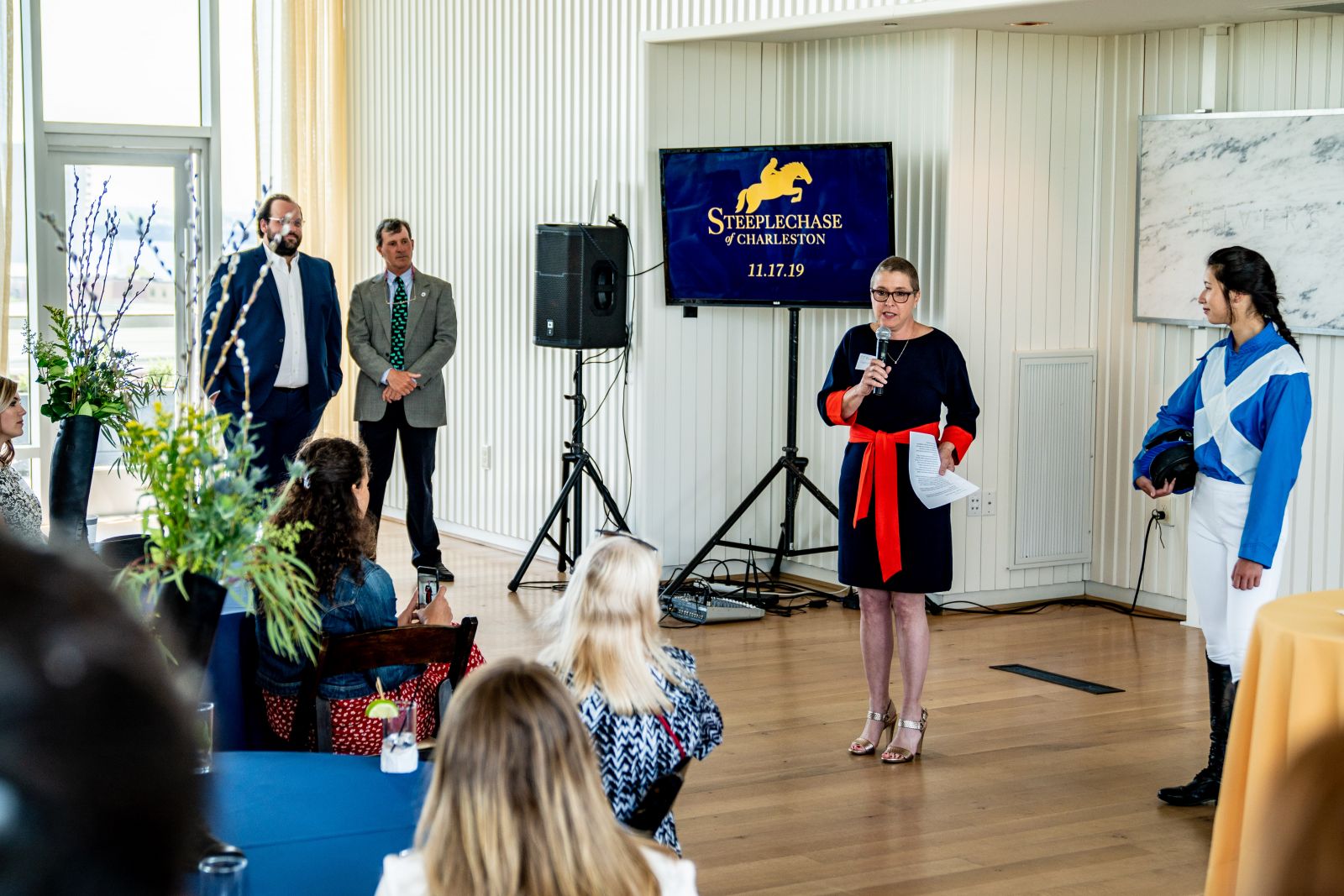 The Post and Courier is getting into the horse racing business, acquiring the ownership rights to Steeplechase of Charleston.

P.J. Browning, publisher of the Post and Courier, said at a Thursday announcement at The Dewberry that acquiring the event helps the media company to diversify its portfolio and invest in its community.

“It makes good business sense for all of us here to pay attention to the ways in which Charleston residents and visitors alike embrace our unique events,” Browning said. “Thousands of people attend festivals around town each year, and there’s every reason that this can and should happen with Steeplechase.”

A steeplechase is a horse race in which horses must jump over obstacles along the way to the finish line. Toby Edwards, race director for Steeplechase of Charleston and a former jockey, said the history of steeplechase in Charleston dates back to 1792.

For the past several years, Steeplechase of Charleston has been run at the Stono Ferry Racetrack in Hollywood.

The Carolina Cup steeplechase attracts thousands each year to the event in Camden.

“Because Steeplechase occupies such a colorful, storied place in the history of this community, we also want to make sure that we inform Charleston’s future with this race and what it has meant,” Browning said. “So when Austin approached us about a partnership, we jumped at the chance and felt like it was a perfect fit with what we have going on.”

Walker said he believes Steeplechase has the potential to become one of the biggest events in Charleston and join the ranks of Charleston Wine and Food Festival, the Southeastern Wildlife Expo and the Volvo Car Open.

“It’s one of those events that’s just quintessentially Charleston, and if we celebrate it and embrace it as a community, it’s just bound to grow,” Walker said.

Because The Randolph Co. isn’t focused on horse racing or large-scale events, though, Walker decided he needed to find a partner who could make sure Steeplechase had longevity.

“So I found the golden goose,” Walker said. “I found a media company in the South that’s owned by someone who understands the sport. …I wouldn’t have sold the event to anyone that I didn’t feel would responsibly carry the weight of this event.”

Browning said the Post and Courier wants to make the Steeplechase an event that brings the whole community together.

“We intend to knit the event together with greater Charleston through our food, beverage, entertainment, style and other activities,” she said. “We will rely on Charleston businesses and organizations to be a part of that excitement.”

Steeplechase of Charleston will take place on Nov. 17 at the Race Track at Stono Ferry.