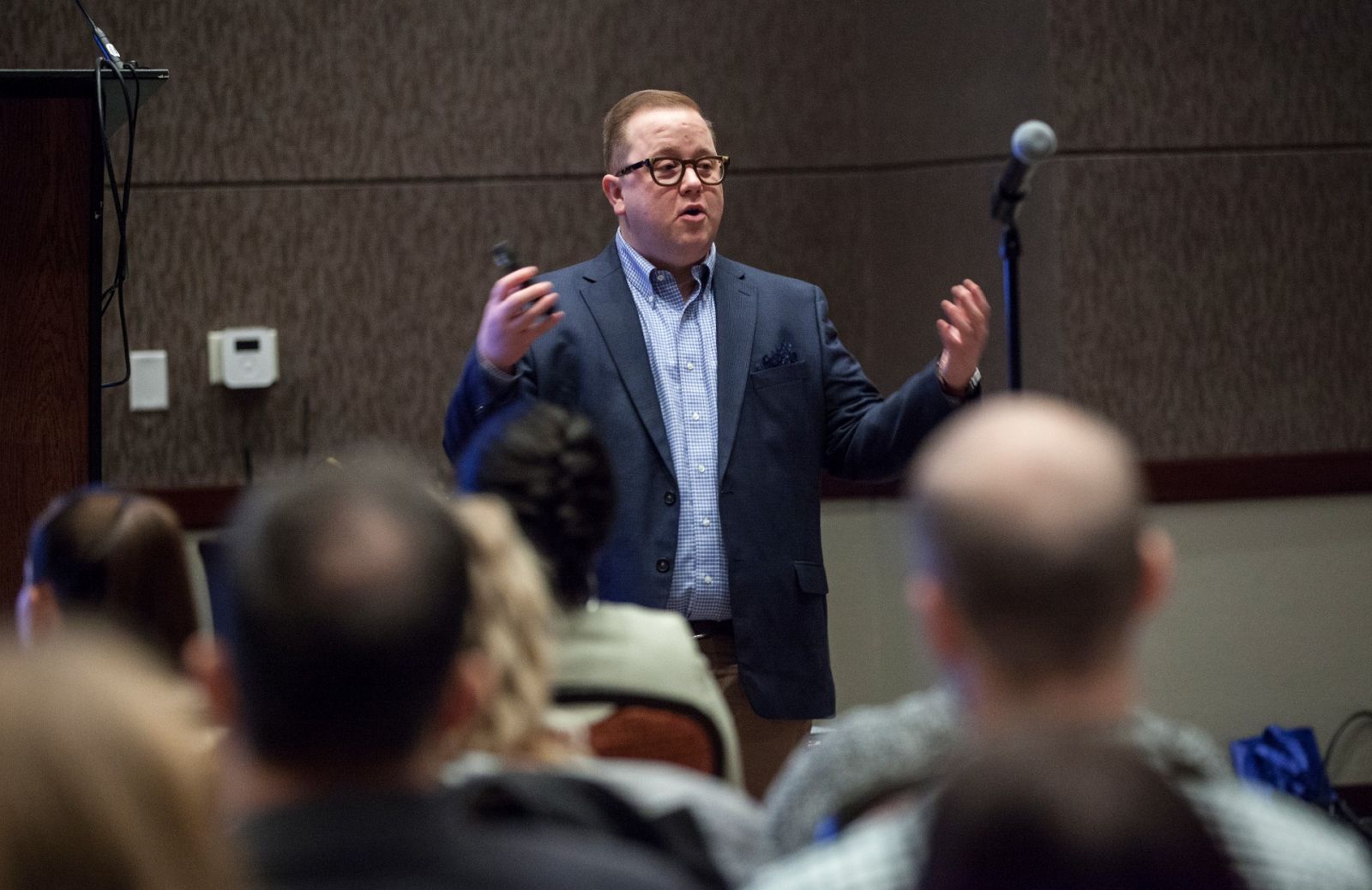 While serving as executive director at a local social justice organization, Chase Glenn performed a needs assessment for the region’s LGBTQ community. Part of that report focused on health care and concluded that the needs of the 1,400 people surveyed were not being met at the most basic level, such as doctors not knowing individuals’ sexual orientation.

That realization sent Glenn down an advocacy path that has led him to Medical University of South Carolina where he recently began serving as the hospital’s first-ever director of LGBTQ Health Services and Enterprise Resources. His position is nested under MUSC’s Department of Diversity, Equity and Inclusion.

In his new role, Glenn, a transgender man, is focused on closing the gap of disparity and making access and care more equitable, particularly to the LGBTQ community.

“I’m trans, so it’s personal for me,” Glenn said. “I have always sort of found myself in advocacy type roles. Even as a kid, I always had this sort of sense of right and wrong and what is just or not just in the world.”

The Illinois-native who has lived in Charleston since 2006 will engage internally with MUSC staff and students who identify as LGBTQ, and work to create a safe and welcoming work place for them. Externally, Glenn is challenged with improving health care for the region’s LGBTQ community and expanding education on what the hospital offers.

“LGBTQ folks are experiencing discrimination and hardship in every city and state across the country to some extent… What I found here is that the community is really resilient and strong, I think because they have to be,” he said.

Two jobs prior, Glenn worked as a customer success manager at Blackbaud, where he openly transitioned. He said he couldn’t be more thankful for the support he received from his colleagues, but felt a higher calling in 2017. That summer, he left to become executive director of Alliance for Full Acceptance, an organization in North Charleston that works to achieve equality and acceptance of LGBTQ people. While working there, Glenn joined MUSC’s Safe Zone Advisory Council and began a relationship with the hospital, specifically the DEI office. The partnership has been incredible since, he said.

That advocacy was how Glenn first met Dr. Willette Burnham-Williams, MUSC’s first-ever chief equity officer. MUSC has supported AFFA’s work for years, following along with Glenn’s successes. His LGBTQ needs assessment is one of the many reasons he was hired, Burnham-Williams said.

“His study on LGBTQ health in our regional communities is going to be pivotal in helping us identify where we want to begin to close those gaps,” she said.

Glenn’s new role is part of MUSC’s five-year strategic plan. Back in 2015, the medical system launched an initial focus on care disparity, building a foundation that has helped to launch this next series of work. In addition to eliminating health care disparities in the area, the hospital has a long-range plan of creating a center for LGBTQ care, with a focus on transgender care in particular.

Until recently, transition-related medical care was considered cosmetic by private insurance companies. In 2016, the Department of Health and Human Services issued a ruling stating that under the Affordable Care Act of 2010, individuals were protected from discrimination based on gender equality and sex stereotyping in health care facilities receiving federal money.

Still, for the 1.4 million transgender people in the U.S., according to UCLA’s Williams Institute, finding a health care provider who is knowledgeable about transgender health care is challenging.

“It all goes back to education and laying that ground work of success,” Glenn said. “It’s not about checking a box and saying we’ve done the training; we’ve had the conversation; we’ve updated that form or our mission statement. That isn’t the real change that needs to happen. It’s a continuous process, and it has to go from the bottom up to the top.”

Burnham-Williams thinks MUSC is in a position to take a leading role in academic health centers in terms of modeling what that looks like and being up front about their initiatives.

“We know that there are so many high-risk communities, LGBTQ+ being one of them, where we just have not distributed and given access to health care in the kinds of ways we should to those at-risk and underrepresented communities,” Burnham-Williams said.

Glenn has watched health care equality progress for gay and lesbian individuals, but admitted the needle hasn’t moved along at the same rate for transgender individuals. Burnham-Williams hopes that MUSC will become the hospital the LGBTQ+ community members see as the hospital of choice.