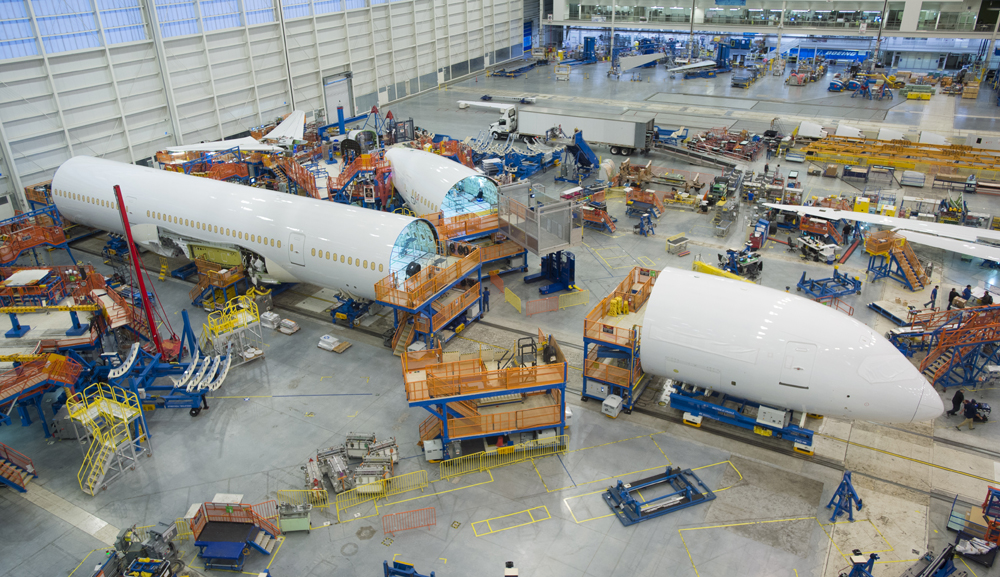 Production of the 787-8 and 787-9 is split between Boeing’s Everett, Wash., and North Charleston facilities, and the 787-10 is produced entirely in North Charleston. In October, the company said it would be cutting the rate of production to 12 per month in late 2020, a cut it later deepened to 10 per month by early 2021.

The production cut to 10 per month will now take place this year. Boeing currently produces 14 787s per month between its two sites.

President and CEO Dave Calhoun said in Boeing’s quarterly earnings call he believes that demand is still strong for the 787 but that Boeing has to prepare for a decrease in passenger traffic and, therefore, a decrease in demand for new aircraft.

Passenger traffic is down 95% year over year, Calhoun said, and he believes it will take two to three years for traffic to return to 2019 levels. Narrow-body planes will lead the return, he said, with wide-body planes such as the 787 more impacted over the long term.

“The demand for the -87 is pretty strong. Our issue is ... that the international route structures are going to come back much slower than the domestic ones, and as a result, the -87 suffers for that,” Calhoun said. “But otherwise, the airplane’s performance, its utilization right now in the marketplace is pretty amazing. So we feel good about the airplane, but this push based on the assumptions we’ve made — it is what it is.”

Boeing is also cutting production of the 777 and 777X from five per month to three. The 767 and 747 production rates will remain at three per month and one-half per month, respectively.

Calhoun also provided further detail on the voluntary layoffs it announced earlier this month, saying that Boeing intends to cut its workforce by approximately 10% across the company.

Calhoun said deeper cuts will have to be made to areas that are most exposed to the economic downturn, including more than 15% across the commercial airplanes and services businesses, as well as corporate functions.

“We will be a smaller company for a while. ... The sharp reduction in demand for our airplanes that we see out in the next several years won’t support the size of the workforce we have today,” Calhoun said.

He added, though, that he’s still optimistic about the company’s future.

“Our portfolio of products and technology is well-positioned, and we’re confident we’ll emerge from this crisis and thrive again as a leader of our industry,” Calhoun said. “History has proven Boeing is a company that rises to these challenges.”