Gotcha Mobility LLC, the company that operates Charleston’s bike share program and dozens of other bike and scooter programs across the country, has been acquired for $12 million by Ojo Electric Corp., based in Oxnard, Calif.

The merger is expected to close by the end of the year. Ojo Electric is approximately 2 years old and went public on the TSX Venture Exchange in July. 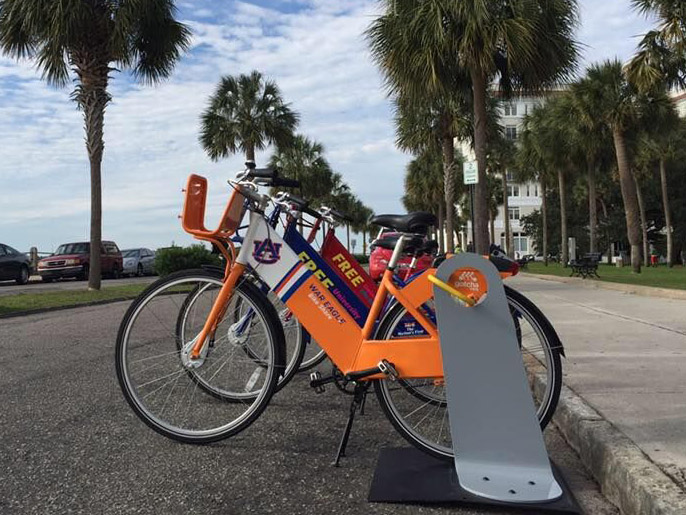 Sean Flood, CEO of Gotcha, said as the scooter rental market has grown and consolidated, he felt it was time for Gotcha to find a partner.

Gotcha was founded in 2009 in Atlanta; Flood moved the company to Charleston in 2014.

“The time is now when people are really starting to engage and use shared mobility devices around the country, and our interest is to be here for another 10 years and be a leader in that space,” Flood said. “So we looked at it and said you can either go it alone and continue raising money as a standalone company, or you can find a partner who thinks the way we do and wants to continue growing with the same kinds of ideas in mind.”

Flood said Gotcha and Ojo have a similar approach to business, wherein they partner with universities and municipalities instead of showing up and providing scooters to a community without invitation.

Gotcha has exclusive contracts with 35 universities and 42 municipalities across the United States.

“Their being publicly traded, having access to capital will help kind of fund the expansion of the contract base that we put together,” Flood said.

Flood added that Ojo’s product, a sit-down electric scooter, is unlike anything Gotcha currently offers; Gotcha has an electric bicycle and electric stand-up scooter, as well as manual bikes such as those available through Holy Spokes.

Ojo CEO Max Smith said in a news release that his company did “extensive homework to find the right partner.”

“The exclusive nature of Gotcha’s expansive portfolio of long-term contracts is particularly attractive,” Smith said. “The markets where we have experienced the best unit economics are those that have taken the approach of limiting permits to a handful of operators, as compared to those where scooter deployments have been more of a free-for-all.”

Flood said the current plan is for Gotcha to continue to operate as usual, just with an additional product. Flood will remain CEO of Gotcha.