Updated at 2:30 p.m.: The Coast Guard suspended its search for the missing dredge worker on Friday after locating his body near Orangegrove Creek. A fisherman notified Coast Guard Sector Charleston shortly before 8 a.m. that they had found something, but crews sent by the Coast Guard were unable to recover the mariner because of the depth of the water. The Charleston County Sheriff’s Office used an airboat to reach him.

“While the response was immediate and involved eight agencies, we were ultimately unable to locate the mariner in time,” said Capt. John Reed, commander of Coast Guard Sector Charleston, in a statement. “Our condolences go out to the family, friends and coworkers dealing with this heartbreaking loss.”

Original story, 10:50 a.m.:  The Coast Guard and other first responders are searching for a missing person after a dredge workboat capsized near Charleston Harbor on Thursday night. 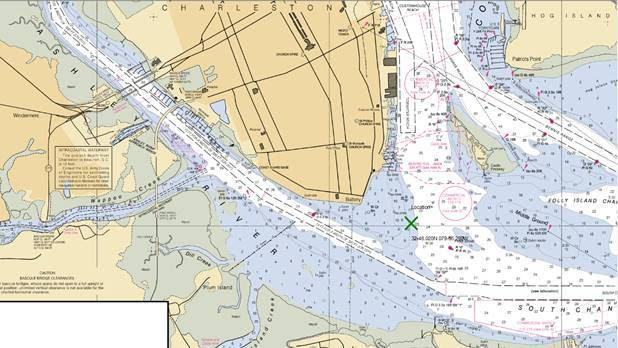 Coast Guard Sector Charleston Command Center was notified shortly before 10 p.m. Thursday that the Dredge Brunswick was towing a workboat that capsized, according to a news release.

Two workers were on the boat when it capsized, but one was recovered by the dredge.

The cause of the incident is under investigation, and the vessel’s owner is coordinating salvage efforts.