The S.C. Department of Transportation enabled two-way traffic on Interstate 526 eastbound lanes over the Wando River bridge to alleviate congestion following the closure of the westbound lanes last week.

An inspection of the westbound bridge revealed one of its eight main cables had snapped, causing the DOT to close the bridge on May 14. Repairs to the cable and investigations as to what happened are underway. The westbound lanes are set to reopen on June 11. 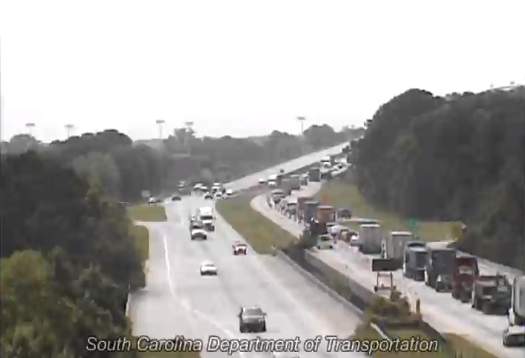 The closure of the bridge exacerbates an already taxed infrastructure system in the Lowcountry, causing longer commute times and frustration for drivers and area business owners.

“The I-526 two-way traffic pattern operated as expected during Monday morning’s rush hour traffic,” the DOT said in a statement. “Traffic moved steadily throughout the area.”

Speeds are reduced to 45 miles per hour on the bridge. Officials said drivers should plan for additional time to reach their destinations.