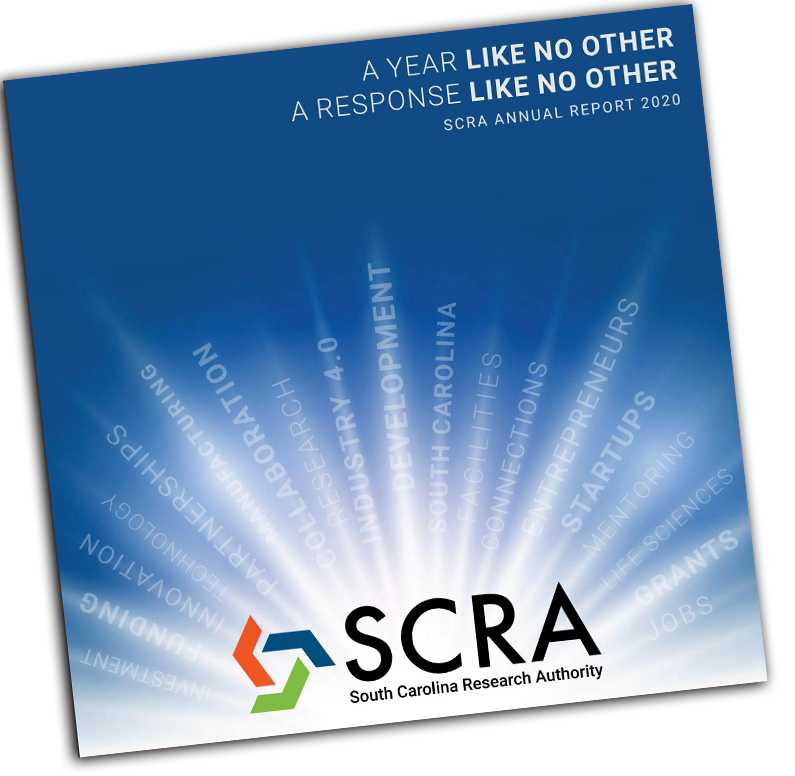 The S.C. Research Authority contributed $952.4 million to the state’s economy in 2020, a University of South Carolina economic analysis found.

The amount is a 35% increase from the previous year and combines economic variables for the nonprofit corporation, such as jobs supported, salaries, grant funding and investments. USC’s Darla Moore School of Business then analyzed the data to calculate the overall economic impact.

The results are published in the SCRA’s 2020 annual report, which can be found online.

“SCRA has a unique opportunity to help grow our state’s economy in the knowledge-based sector,” University of South Carolina Research Economist Joey Von Nessen said. “They consistently show that they accomplish this each year. Their funding, mentorship and support for market-viable research projects and startups, helps South Carolina’s overall ranking, in comparison to other states in the region.”

Thanks to the mobilization of SCRA’s board and staff at the start of the pandemic, the nonprofit also was able to help a number of member companies remain solvent and contribute to the fight against the coronavirus. One such member, ZVerse, located in Cayce rose to become one of the country’s biggest suppliers in reusable face shields in 2020 with SCRA’s support.

“It was this rapid action that allowed us to take a two-fold approach to help our companies produce solutions to fight the pandemic and also to shore up some of our companies that were negatively impacted by the economic downturn,” SCRA Executive Director Bob Quinn said. “As our title states, it truly was a year like no other, as well as a response like no other.”