Benefitfocus Inc. has appointed current board member Stephen Swad as CFO, replacing Jonathon Dussault, who announced in May he would be leaving the company. 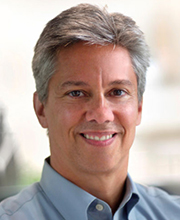 Swad has served on the Benefitfocus board of directors’ audit, compensation, and nominating and governances committees since 2013, as well as chair of the compensation committee.

Swad joins Benefitfocus from Vox Media, where he has served as CFO since January 2016. Prior to that, Swad was president and CEO of Rosetta Stone from February 2012 until April 2015, and as also served in senior financial management positions at AOL Inc., Turner Broadcasting and Time Warner.

“As Benefitfocus continues to advance our platform and industry leadership, it was imperative that we selected an established finance chief with a deep understanding of our transformative platform strategy,” said Ray August, president and CEO of Benefitfocus, in a news release. “Steve is right for this role in so many ways, from his well-established understanding of our business … to the depth of his public company and financial expertise.”

Swad’s role as chair of the compensation committee will be taken over by Ana White. Doug Dennerline will rejoin the Benefitfocus board’s audit committee when Swad steps down from the board.

“Under Ray’s leadership, I have seen an incredible advancement of the company as it continues to accelerate the next generation of its market-leading benefits platform,” Swad said in the release. “This was the right time to make this move. I am truly excited to transition my affiliation with Benefitfocus.”