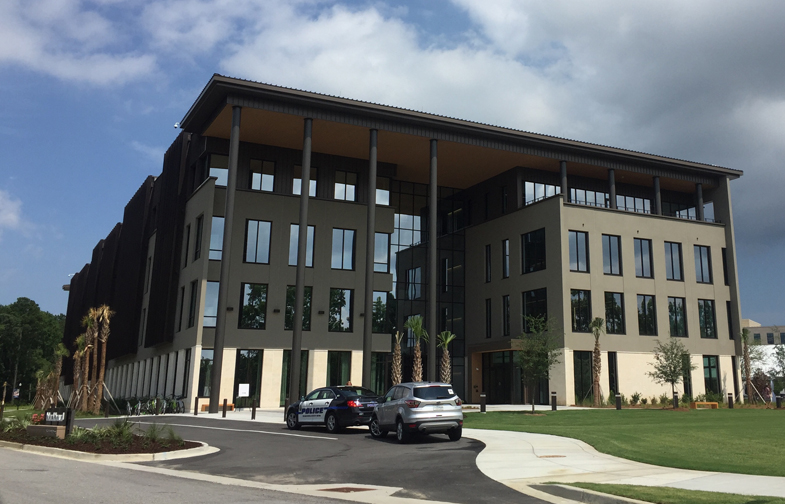 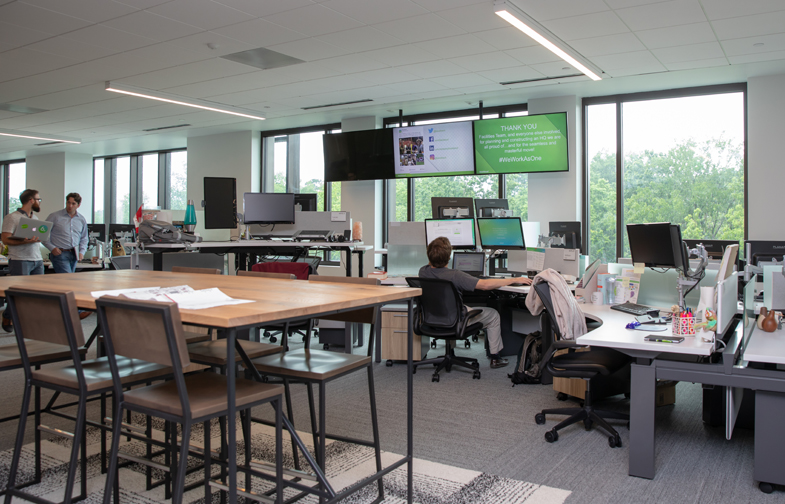 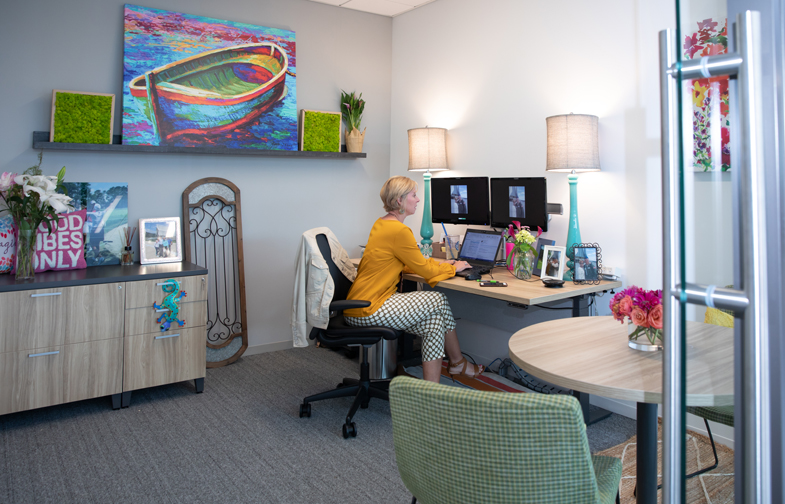 Employees' individual offices are located in the center of the building, enabling the floor-to-ceiling windows to flood the open areas with light. (Photo/Kim McManus) 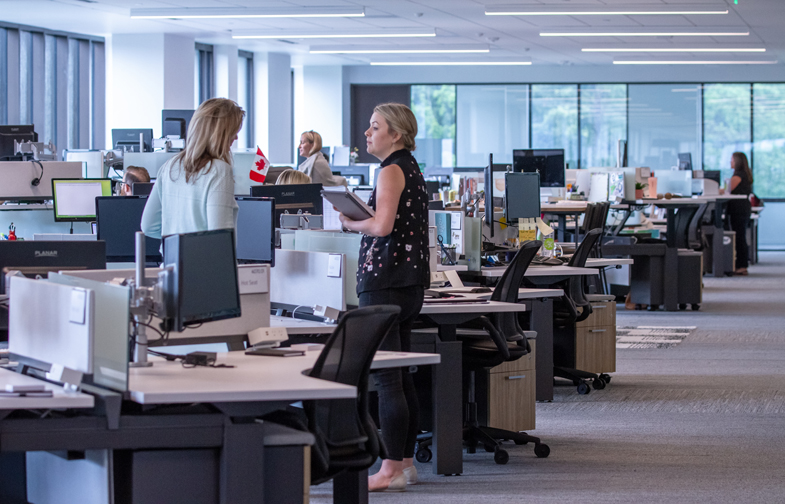 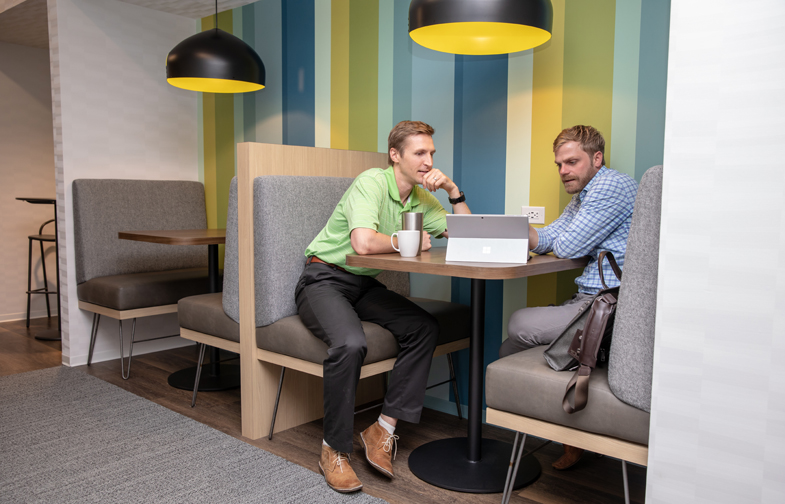 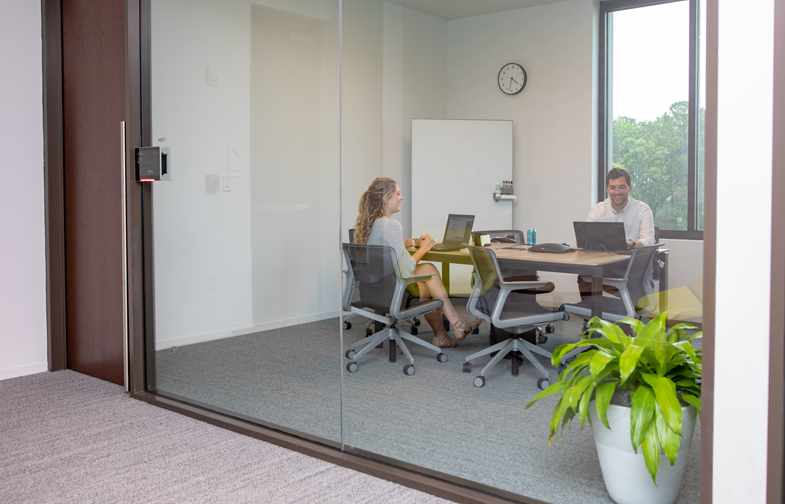 Much of the work space has an open floor plan, but workers can meet behind closed doors in meeting spaces. (Photo/Kim McManus) 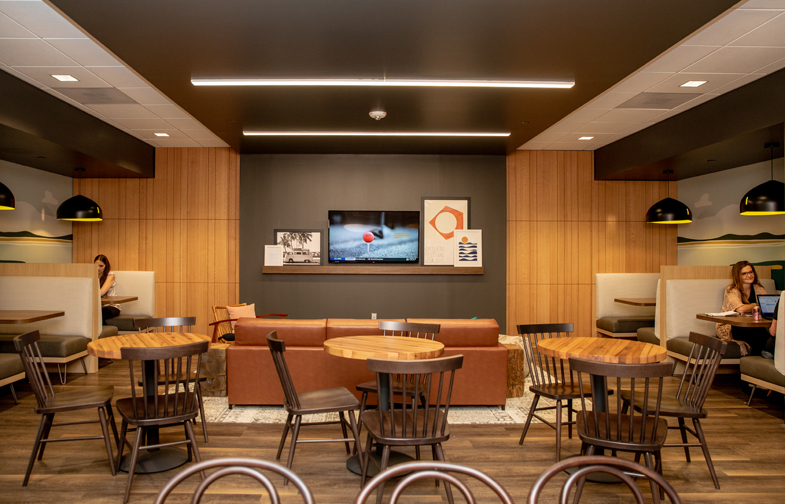 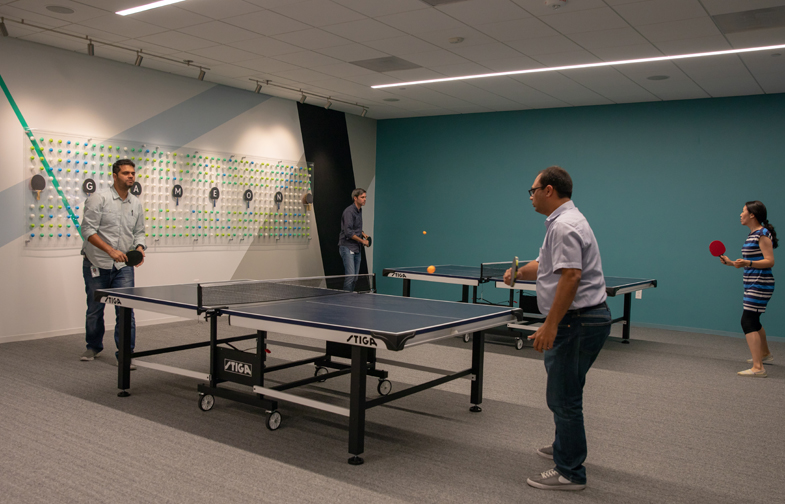 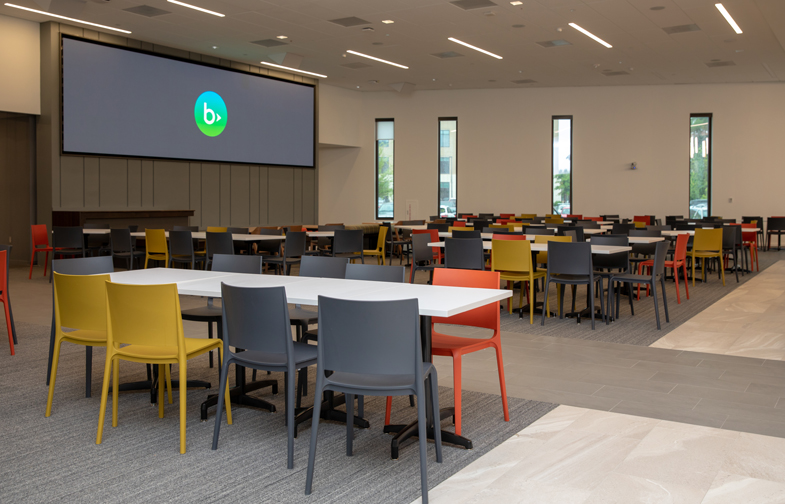 The first floor has a cafeteria for employees. (Photo/Kim McManus) 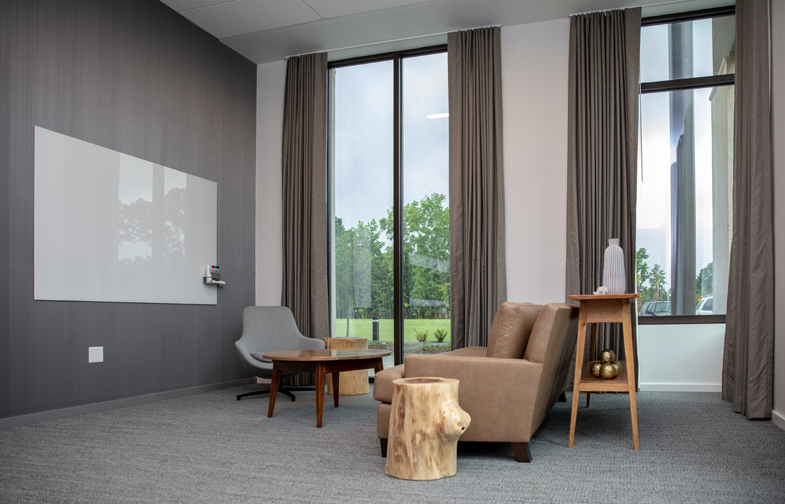 The new building has meeting spaces for employees and nonprofit clients. (Photo/Kim McManus) 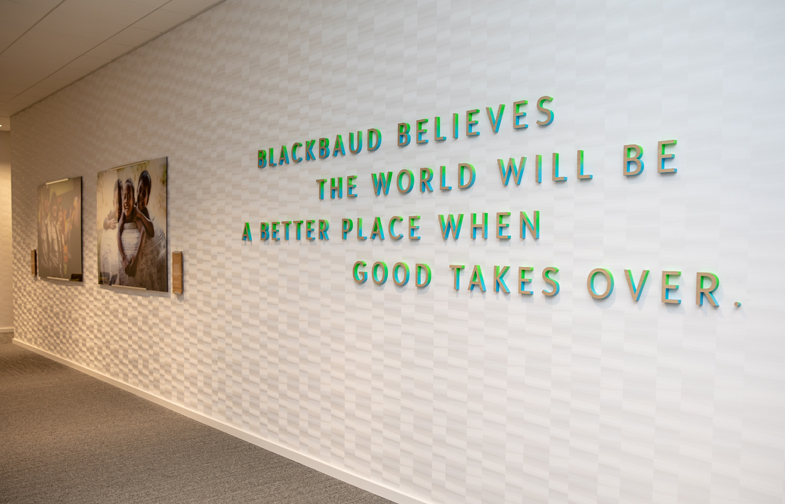 Blackbaud began its tenure in the Lowcountry in 1989, relocating its headquarters here eight years after launching in New York City with a single customer.

The Daniel Island-based software firm now has more than 40,000 customers in 50 countries; a new, modern tech campus; and a growing workforce.

Blackbaud’s software platform focuses on increasing giving for the nonprofit and education sectors. The company’s continued revenue growth, a series of acquisitions, and the shortcomings of its existing space spurred the buildout of its new tech campus, also on Daniel Island.

The new site is located about a mile from its existing office footprint at 2000 Daniel Island Drive, where it has been since 2000. Blackbaud CEO Mike Gianoni said those offices are outdated and the layout scatters employees among various floors and buildings.

Gianoni said the company needed a new campus that corresponded to how employees work. He envisioned a modern tech campus filled with open spaces and communal areas where workers can collaborate, brainstorm and solve problems.

Employees and company executives gathered Wednesday to commemorate the opening of the first of two new Blackbaud buildings. The investment also involves hiring 300 workers over the next five years.

“It’s a big day for us. This is our new global headquarters,” Gianoni said. “This building will serve as the engine to drive the intersection of innovation focused on social good, because that’s what we do for a living here at Blackbaud. ... Today marks the culmination of a multiyear effort.”

The new building, located at 65 Fairchild St., is a four-story, 172,000-square-foot structure with floor-to-ceiling windows.

The first floor has meeting rooms and conference spaces, a vending machine filled with electronics, a game room with pingpong tables, a Starbucks and a large cafeteria area.

The second through fourth floors have clusters of desks in an open work area around the perimeter of the building, with offices in the center, allowing more light to come through the windows.

Conference rooms, smaller meeting rooms and phone booths are sprinkled throughout. Employees can stay at their desks or move around.

Each floor has a space in the middle for workers to gather at tables, chairs or booths. Cold brewed coffee, kombucha and healthy snacks are up for grabs.

“Our goal is to create a space that powered community and energy,” said Otto Orr, Blackbaud’s director of global corporate real estate, on the shared vision with Gianoni. “We both wanted our employees to walk in every day and feel passionate about what they do to power social good.”

The building does not include dedicated offices for nonprofits as originally announced, but rather the Blackbaud Innovation Center, where employees and nonprofit clients can meet in several modern conference rooms and spaces filled with large screens, tables, couches and whiteboards.

About half the workforce has moved into the new building; the remaining employees will continue working out of the existing office space until the second building is completed, expected in 2023.