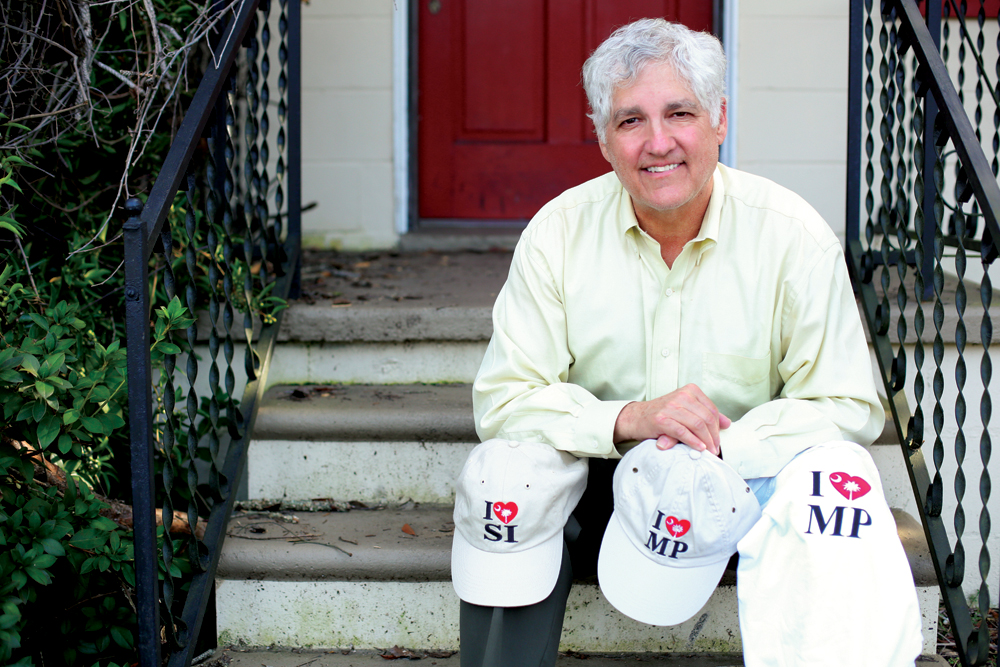 Bill Macchio’s Mount Pleasant Magazine has evolved along with the once-sleepy, rapidly growing town it covers

Is Bill Macchio obsessive or passionate? Regardless of how you define the publisher of Mount Pleasant Magazine, there is little doubt that he lives to practice his craft. The magazine business dominates his thoughts as his head hits the pillow at night and when he wakes up each morning, ready to face the day with his unique brand of optimism.

Bill’s initial foray into publishing, launched while he was still in school, produced a bimonthly magazine with an editorial focus much like that of Rolling Stone. The publication was a perfect fit for Gainesville, Florida, the college town where his publishing career was born, but, after eight years, he sold the company and headed west.

The next stop on his publishing journey was Texas, where he was hired by the company headed up by Rupert Murdoch. News Corp had purchased eight newspapers in the Houston area. After ramping up the sales and marketing efforts of these community publications, Bill moved on to the Charleston area, working for a short time at the Moultrie News.

It wasn’t long, however, before his life was again consumed by his destiny. Bill has always considered magazines to be the pinnacle of the publishing world, aimed at high demographics and earning a longer shelf life and pass-along readership than any other form of publishing. In 1986, when Mount Pleasant was home to fewer than 20,000 residents — its population now is well above the 90,000 mark — Bill released the first issue of the predecessor of today’s Mount Pleasant Magazine.

“Back when I was publishing East Cooper Magazine, Mount Pleasant was often described as a sleepy seaside town,” Bill reminisced.

Mount Pleasant is sleepy no more. In a recent Mount Pleasant Magazine podcast — www.VOICEofMPpodcast.com — Town Administrator Eric DeMoura talked about the job of managing a municipality that is among the fastest-growing towns east of the Mississippi River.

As Mount Pleasant has met the challenges that have emerged in 2020, so has Mount Pleasant Magazine. Bill’s publishing team, sheltering at home just like everyone else in town and around the world, documented the pandemic with a special COVID-19 edition.

“These words have been used a lot, but we were separated yet together as we published that special issue,” Bill said. “Our publishing team is passionate about the town we serve.”

As Mount Pleasant Magazine has grown, its publisher and staff have embraced the technology that has transformed the publishing industry, disseminating information not only through the pages of their hard copy magazine but also through Facebook, Instagram, podcasts, various web sites and other digital channels.

For Bill Macchio, it’s all about being either obsessive or passionate about what you do — or both.