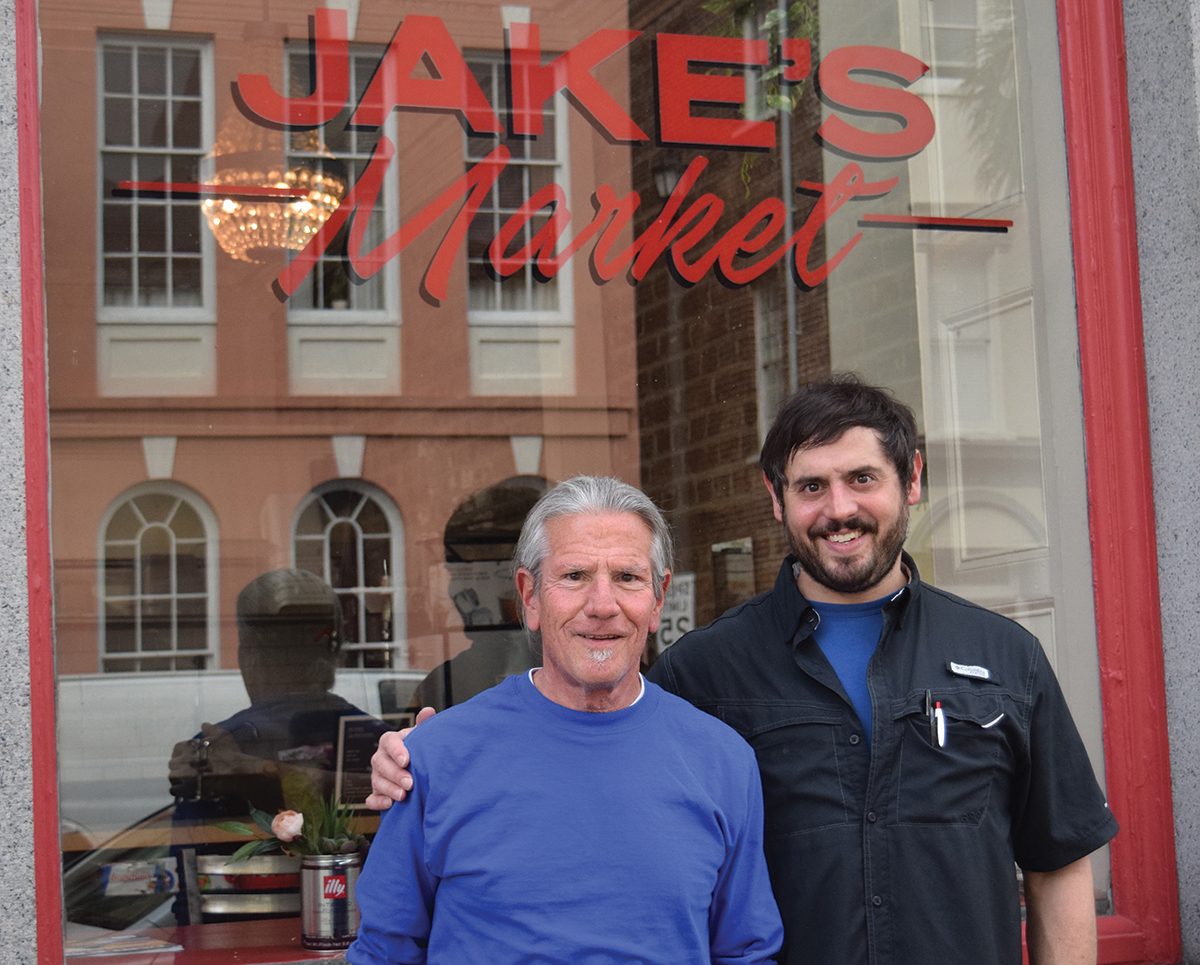 Joseph Jacobson was looking for a second chance in his career.

After 20 years in food and beverage, working 100-hour weeks in the heat, and opening and subsequently closing his own restaurant, he sought something more. Joseph wanted a venture that required less overhead and a more sustainable living.

On Feb. 7, he found a possible answer when he and his father, Mike, opened Jake’s Market at 19 Broad Street in Charleston, re-launching a convenience store business they attempted years ago. The shop is set up in the Jacobson Building, a historic downtown property bearing the family’s name for decades.

“My dad and I had kind of talked about it a few times over the last months, saying, ‘Man, if the current business ever left, we really wanted to take another stab at things,’” Joseph said. “Now we have our opportunity.”

The Jacobson Building earned its name in 1953 when Joseph’s grandfather I.H. “Jake” Jacobson bought the property for his law business. For 20 years, he practiced on the second floor, set up a law library on the third and rented out the ground level to a stock brokerage. 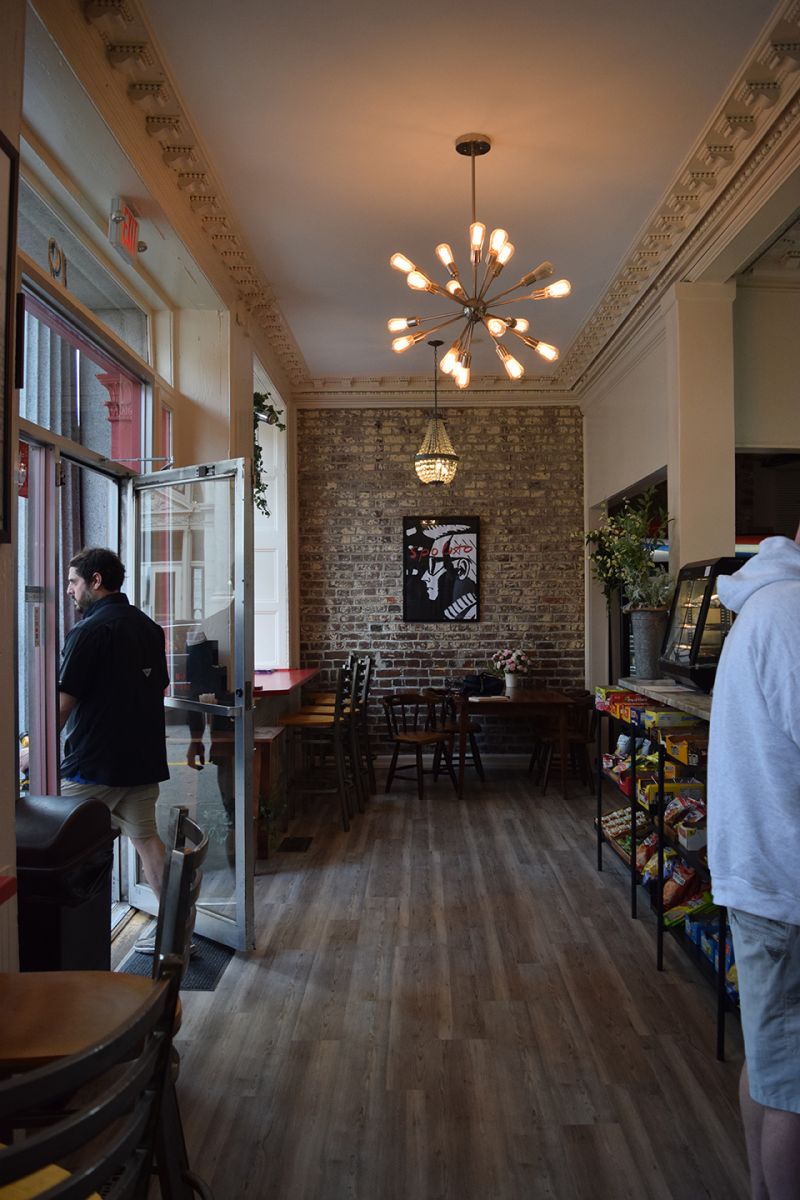 Following I.H.’s death in 1973, Mike and his wife Jan took over the building and today the couple live on the third floor and rent out the second through short-term rentals.

While the family’s history at 19 Broad St. begins mid-century, the building itself dates back to 1794 when Charleston merchant Andrew Kerr erected the structure. The building served as several banks from 1817 to 1861 before it became home to The News and Courier, an 1873 merger between The Charleston Courier and the Charleston Daily News. The paper remained there until 1902, and today is The Post and Courier.

When Mike moved into the building with Jan years later, he was always frustrated that there wasn’t a convenient place to grab a cup of coffee.

“I would have to go way around the corner,” he said. “I told my wife that when I finally got a hold of the property, I wanted to make it a coffee shop and a convenience store.”

In 2007, Mike made his wish come true when he transformed the first floor of 19 Broad St. into the original Jake’s coffee shop. He filled the shelves with pre-made salads, sandwiches and pastries from Normandy Farms, Just Fresh, D’Allesandro’s.

Joseph and his wife Allison joined him temporarily, taking breaks from their individual careers at Oak Steakhouse and as a restaurant general manager, respectively. But both returned to their callings in time.

On his own again, Mike returned his focus to his short-term rental and leased out the first floor store to Normandy Farms as a satellite location. The transition made sense since the business was supplying most of the market’s food.

In the meantime, Joseph tackled the role of executive chef de cuisine at Oak Steakhouse, helped launch Oak Table in Columbia, and then in 2017 he and Allison opened their own restaurant, Black Wood Smokehouse on Folly Road.

“I always thought, ‘Wait until I do it myself,’” Joseph said. “Allison and I thought we were going to kill it and make so much money. But then we got into it and realized there’s a lot more to this than we experienced running other people’s restaurants.”

With a monthly rent comparable to downtown real estate, a staff of 15 and rising taxes, Joseph could hardly turn a profit on $10 barbecue sandwiches. He folded in January 2020 as his three-year renewal option came up and his wife simultaneously needed a kidney transplant.

Looking back, Joseph knew if he hadn’t walked away when he did, the pandemic hitting weeks later would have put Black Wood out of business anyway.

He floundered after that, figuring out what to do next or if he should leave the industry entirely.

Normandy too struggled. They suffered staffing shortages and hoped to leave the Jacobson Building last fall. Faced with a vacancy, Mike considered giving Jake’s Market another shot with Joseph at his side.

“Joseph was at a point where he was looking for something that’s the future for him. I wanted to get this piece of property back,” Mike said. “Things were falling into place.”

The business model this go around had to be different, though. Given Joseph’s culinary background, the market would offer a small menu, all cooked in-house to lighten overhead. They’d also be the only employees.

Doors now open 8 a.m. to 3 p.m., Monday through Friday, allowing for a good flow during breakfast and lunch and a healthier balance for the owners to spend time with family.

Jake’s Market serves up Italian coffee, homemade ice cream and sandwiches and salads that range from $7 to $10, a reasonable price given the downtown location, Joseph said. Deli favorites include bacon, egg and cheese biscuits and fried chicken biscuits in the morning, and then fried chicken sandwiches at lunchtime that sell out regularly.

“My hope is that sooner or later Joseph will take it over, and I’ll go back to helping my wife upstairs with rentals,” Mike said. “My wife and I have three kids. To be able to spend five days a week with one of them is wonderful.”

Down the line, Joseph envisions hiring someone to open Jake’s Market on Saturdays, the business turning a healthy profit and knowing he’ll have the time to see his son grow up.

“The name of the game is simplifying things,” Joseph said. “The whole idea behind this is to make a sustainable living. Working the way I was working, before in high heat, high intensity situations, you can’t do that forever. Our aspiration for this place is to make somewhere that I can have an artistic outlet that lasts.”