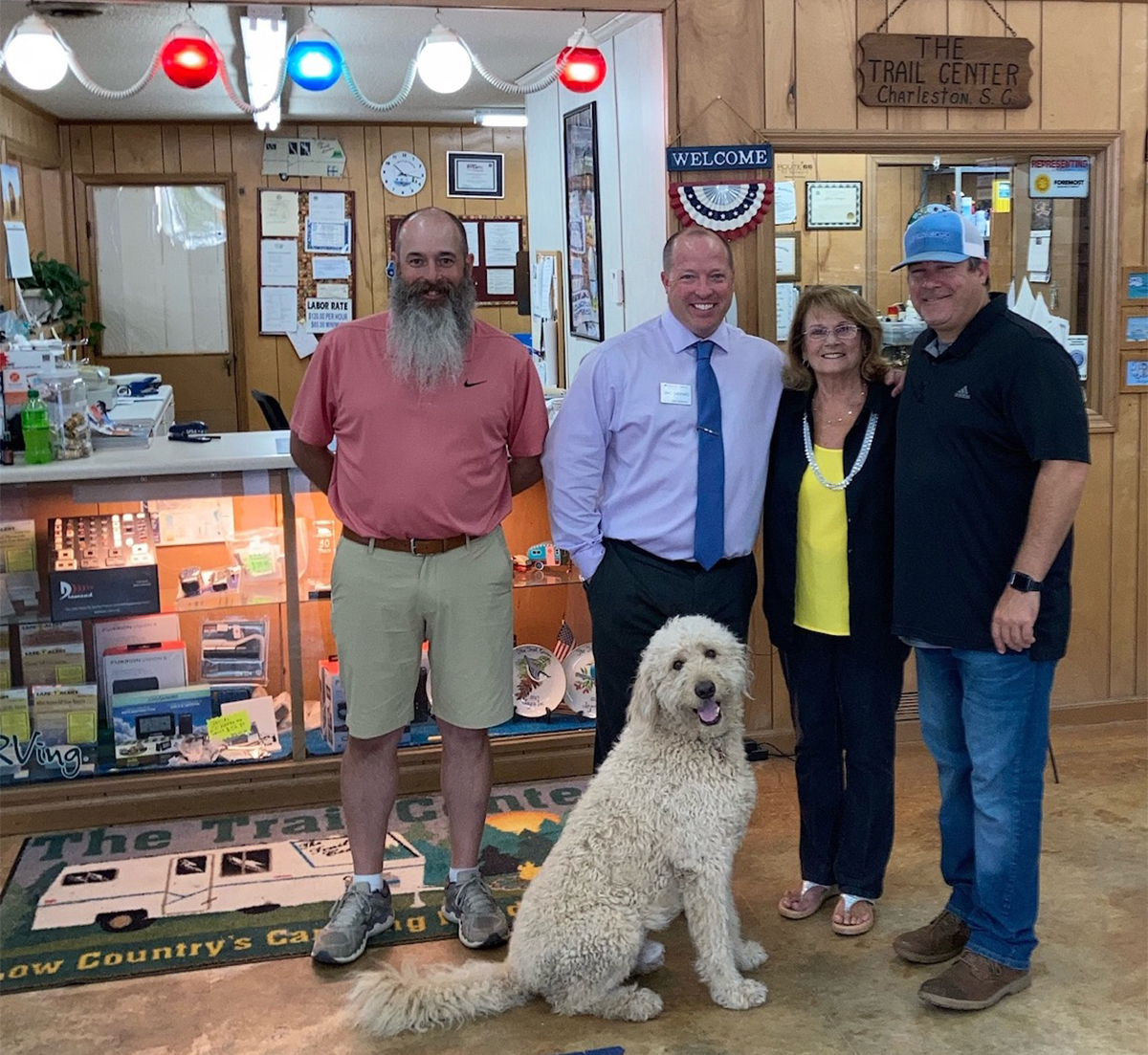 Gloria Morgan has worked for The Trail Center for 48 years and enjoyed it so much she bought the company in 1993.

Now the new and used RV dealership in North Charleston is under new ownership by Pete’s RV Center.

Morgan admitted she wasn’t looking to sell but couldn’t pass up the opportunity when approached by the Vermont-based company.

“They came along and asked me if I was interested,” she said. “At the time I hadn’t thought of it. But it just seemed like a great opportunity.”

Pete’s RV Center assumed ownership on July 1, Pete’s said in a news release. This is the sixth dealership for Pete’s and the company’s first location in the Southeast.

The Trail Center at 5728 Dorchester Road has a long history in Lowcountry, founded in 1966 by Fred Curtis, a United States Air Force pilot.

When Morgan assumed ownership in 1993, she was only one of 12 female RV dealership owners in the country, she said.

“It’s like everything else, more women own it now than I did when I purchased it 28 years ago,” she said. “It was a man’s world, a male-dominated industry back then. Women are starting to show up more now.”

Pete’s RV co-owner Chad Shepard called Morgan is the “heart and soul” of the company and a “staple” in the RV industry.

“It’s an honor to assume ownership of a business so fondly recognized in Charleston and its surrounding communities,” Shepard said in a statement.

Morgan said she will stay on at the store and oversee daily operations and that all employees are staying on.

Pete’s Trail Center opened its original location in South Burlington in 1952. Other dealerships are located in Indiana, Connecticut, Massachusetts and Pennsylvania. The company is co-owned by Shepard, Todd McGinnis and Scott Borden.