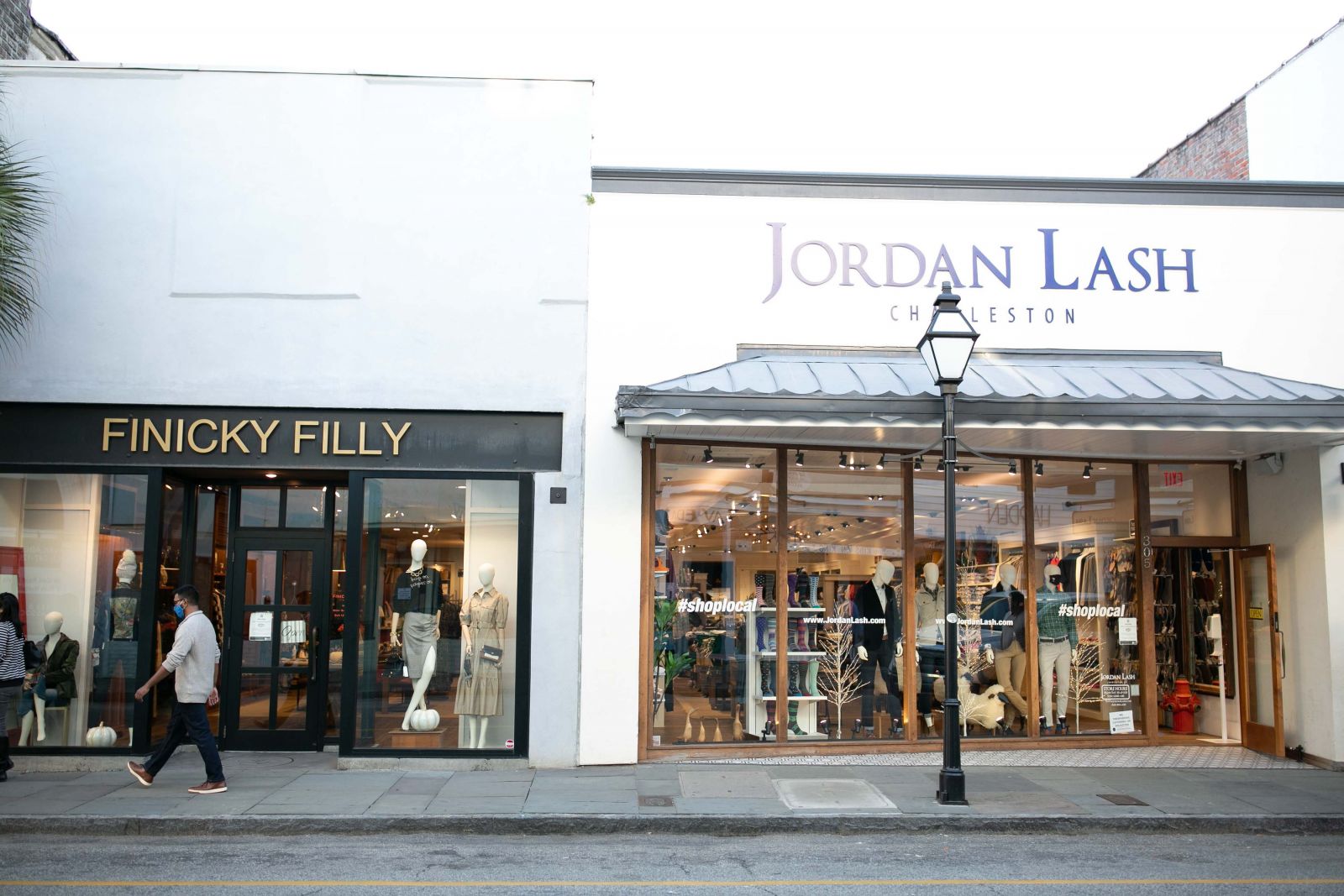 King Street has had its challenges during the pandemic, but companies shouldn’t have to compete against one another to survive, according to Rhett Outten, owner of Croghan’s Jewel Box.

To get through the downturn, Outten banded together a group of neighboring, small Middle King Street businesses and reinvented how they marketed and who they marketed to.

“We had to do something. Nobody was coming to save us,” Outten said.

Last February, Croghan’s had its biggest Valentine’s Day in history. The Food & Wine Festival and Southeastern Wildlife Exposition had just happened, and record crowds and occupancy created a boom for Charleston and the retail scene on King Street.

Then the pandemic shut down business in the middle of March and many remained closed until the last week in May. Outten returned to a ghost town she described as “eerie, scary and horrific.” Within a month, national retailers like Talbots, Lucky, Gap and Banana Republic shuttered in the same block.

Without in-person patronization, mom and pop shops that had been operating around if for decades now had to turn to virtual engagement.
The Croghan’s team spent the last few years expanding digital resources —  updating the company’s website, creating email campaigns, investing in digital ads and building a social media presence.

“We realized 10 years ago if our ads weren’t showing up on the phone for this generation, we were going to miss that segment of the community,” she said.

She first asked herself what she could do to deliver a similar, if not better, level of customer service to people shuttered in their homes and ordering on Amazon for next day delivery. Many weren’t even willing to travel a block from their home last spring. She knew she had to be vivacious in her marketing and give people a reason to come shop — and stay.

While Outten and her team put in all this energy into the world of digital marketing, she knew many of the older local stores surrounding Croghan’s had not. And it was going to take more than just her Instagram page to bring shoppers back to middle King Street.

So she reached out to neighboring shops and came up with the idea of collaborating on social media as one group, creating a niche destination on middle King Street. They group was dubbed “MiKi” and encompasses M. Dumas & Sons, Hampden, Grady Ervin & Co., M. P. Demetre Jewelers, Shoes on King, Jordan Lash Charleston, Jackson Davenport, Palm Avenue and Finicky Filly.

“Some of us have tens of thousands of followers on Facebook and Instagram, and I knew that if we could all get together and link up with the rest of the local merchants on our street and all share the community, we could give people the experience beyond anything they’ve had here before,” she said.

However with mom and pop shops, the smaller staff is often too busy for daily social media. Their hands are typically tied with answering phones, restocking and making local deliveries. One almost needs the same amount of aggressiveness to maintain Instagram as it does a brick and mortar, Outten said.

So she brought in former Charleston Magazine style editor, Quinn Sherman to manage MiKi. Sherman had been working with Croghan’s previously and enthusiastically jumped on board, creating a logo and branding, mapping out campaigns to include all businesses equally and setting up photo shoots.

While business owners were supportive, loving her ideas and the partnership MiKi brought them, Sherman said she initially struggled trying to find the common ground for six different companies.

“Everybody’s business models are different and things work differently for everyone,” she said. “It’s been a goal of mine to streamline things, see what works for everyone as a whole. I think the only way to be successful is that everyone’s on the same page.”

Some of MiKi’s content comes directly from the stores, others from a look book Sherman helped create. Each week, she pushes out images from the stores, whether it’s a single piece of merchandise from one vendor or a collection from several — such as a gallery of men’s shirts you can find at each of the various clothing stores.

Finding the target audience is one of the most important steps in strategic marketing, according to StoryBrand certified guide Holly Fisher, owner of Fisher Creative in Mount Pleasant.

Most think to target a specific age group or gender, but Fisher suggests taking it further and instead looking into what problem a business can solve.

“In this case, they all need to buy something,” Fisher said. “If they’re potential customers they are looking for something special and for a great shopping experience, and that’s something all of the businesses have in common to talk about.”

Problem solving is a key marketing strategy, especially because it prevents a business from being too “salesy,” Fisher said. How are you helping them? What kind of value can you give people?”

For a jewelry company, that could include how to clean jewelry, what’s in style for the season or even simple striking images like a grouping of bright green emeralds for St. Patrick’s Day.

Overall, Sherman said the foundational support has to come from the stores wanting to see their neighbors succeed. People need to participating equally, liking and sharing posts even if they aren’t necessarily about their business.

It wasn’t too bold a request, since the stores had been doing that by word of mouth for years. If Dumas doesn’t have a certain shirt, staff knew Grady Ervin & Co. might. If a Croghan’s shopper wanted the perfect watch, they were pointed toward M. P. Demetre, which has an extensive collection.

“It’s a sense of community that drives loyalty and long-time customers,” Sherman said. “They’ve created a community that props one another up and points to other local businesses.”

Since Sherman launched MiKi’s Instagram account Oct. 15, it’s gained 1,184 followers. She hopes more will come as the pandemic restrictions ease up and she’s able to create actual outdoor events and special shopping nights. Sherman sees a lot of potential down the line and said there are a number of businesses who have reached out asking to get involved.

“It’s the same idea that you see when you look at Mount Pleasant’s Town Centre and how they share the marketing effort,” Sherman said. “King Street didn’t have that, but that’s what we’re hoping to get started.”

For now, she wants to ensure she can manage the current content and fine tune the business model before expanding.

“Everyone has been exuberant about it,” Outten said. “Social media is huge and if you aren’t able to write a post every day or don’t really understand the power of it or you aren’t able to answer those messages, there’s something powerful to know someone is doing that on your behalf and keeping those customers engaged.”