North Charleston City Council voted unanimously on Thursday to give $100,000 per year for five years to a grocer that opens a store at the former Shipwatch Square shopping center site at the corner of McMillan and Rivers avenues.

The resolution says the incentive will be paid to Lynn Willard, Lowcountry Grocers LLC, which is doing business as Piggly Wiggly. 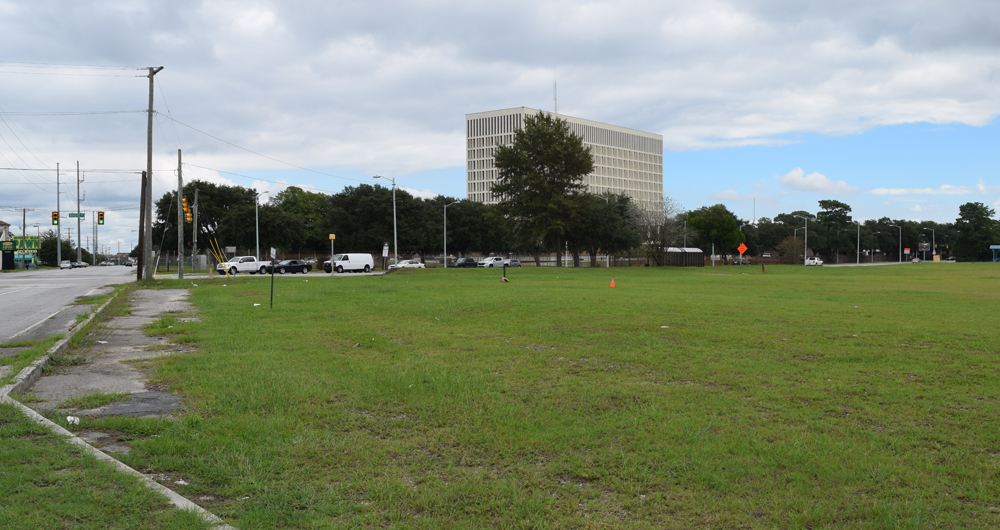 Winn-Dixie closed its store in Shipwatch Square in 2005. Since then, residents of the Chicora-Cherokee neighborhood have not had access to a nearby grocer, and the U.S. Department of Agriculture has classified the area as a food desert.

The city requested proposals last year for the purchase and redevelopment of the 17.96-acre property at 3655 and 3685 Rivers Ave.

Greenville-based Appian Investments I LLC — an investment pool comprising employees of the commercial real estate firms NAI Earle Furman, SVN International and others — was the only prospective buyer.

Summey said during a Finance Committee meeting on April 20 that the sale will only go through if a grocery store is guaranteed to be built.

“There’s still some concern by the development group on whether the grocery store is going to be fruitful for the development,” Summey said. “I, honestly, have no doubt in my mind that it will be. It’s much needed in that area, and I think it’s a great investment on our part to give them $100,000 a year for five years as an enticement to move forward.”

Piggly Wiggly has committed to opening a store on the Shipwatch Square property, and the developer is planning to additionally build commercial, office, retail and multifamily residential units, according to Burt Rhodes, partner and senior adviser with SVN International.

SVN International and NAI Earle Furman are already marketing the site and looking for tenants to join Piggly Wiggly.

Without the $500,000 incentive, Rhodes said there is a strong possibility that Piggly Wiggly would have backed out of the site.

“There’s not been a grocery store there for 10 years, and because of that, it’s an unknown; and it’s an area that’s economically challenged, so they want to have the assurance that the city supported their effort,” Rhodes said.

Summey predicted that Piggly Wiggly would be just as successful as the Winn-Dixie that once operated in that area.

“That Winn-Dixie did not close because it was not a store that made money,” he said. “It closed because they closed all Winn-Dixies in the state of South Carolina.”

“We ain’t going to get no grocery store if we don’t step up to the table,” Summey said.

The city has already spent about $5.5 million — some of which was federal grant money — to demolish the buildings that once sat empty on the property and clean it up in preparation for the redevelopment.

“If this doesn’t work and we don’t get this grocery store, I’m going to be coming to you to run a co-op grocery store, city-owned,” Summey told council members.

During the Finance Committee meeting, when the incentive package was debated, Councilman Todd Olds appeared to initially be against offering the money but ultimately voted in favor of it.

He questioned whether the city would have access to the grocery store’s financial records and if an accounting firm would be able to audit them to prove that the incentive would be necessary. Summey said that would not happen.

“If they can’t get the grocery store, I don’t want them to close (the land sale). That’s where I’m at,” Summey said. “That’s the primary concern that we have is a grocery store. After that, they can build office, they can build workforce housing, whatever they want as long as it meets the zoning.”

Olds also said he was concerned about taxpayer money being used to subsidize a business and the potential that it could set a precedent for other businesses to ask for subsidies.

“This is a definite need down there, but half a million dollars ain’t pocket change,” Olds said.

Later in the discussion, Olds asked Summey if he expected to come back to council later asking for additional money for the grocery store.

“I have no intention of doing that, and I don’t think that there will ever be a need for that,” Summey responded. Olds said that, under those conditions, he would vote to approve the $500,000 incentive.

“I think it’s going to be successful and is badly needed,” Councilman Samuel Hart said.

Councilman Mike A. Brown concurred, saying that his mother lives in that area and has to drive out of the neighborhood to Wal-Mart to buy groceries.

“We definitely need a grocery store that has competitive prices in that area,” he said.