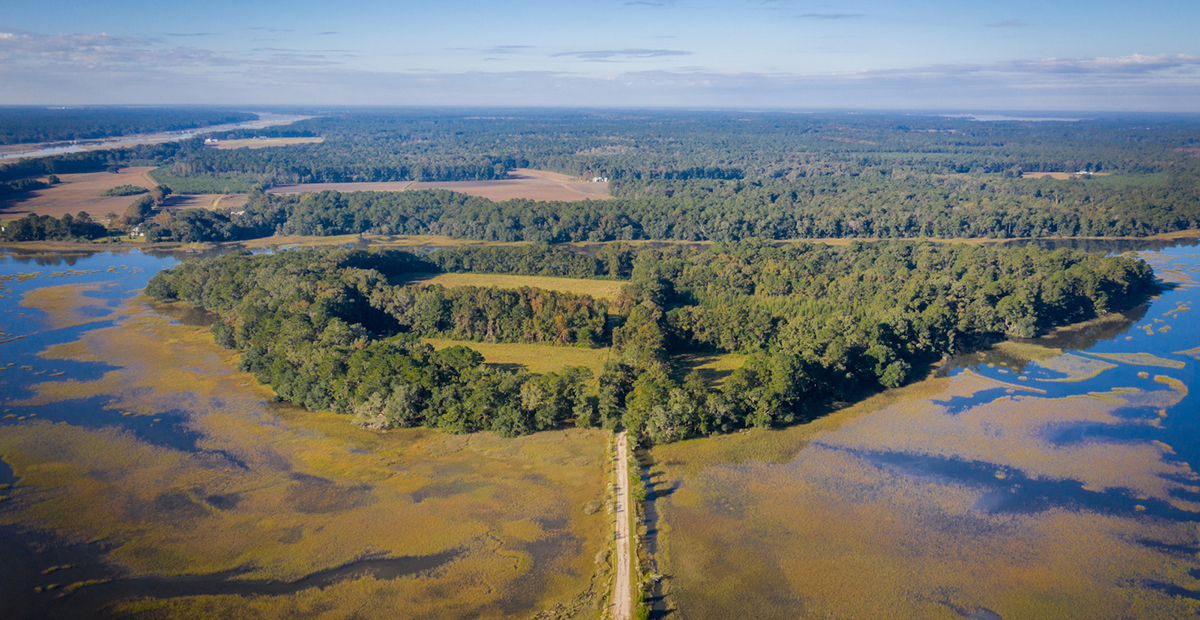 Real estate companies have set records left and right these past two years — but how many can say they’ve sold an island?

William Means Real Estate started 2022 with the $7.5 million sale of Hoopstick Island, a 55-acre private spot off of Johns Island.

The natural refuge, which has more than a mile of waterfront set along Bohicket Creek, is primed for development and zoned for 10 deep-water estate lots, a process the previous owner set in motion upon buying the land in 2014, said Lyles Geer, William Means president and broker-in-charge. Geer was the listing agent for the island’s sale.

“(The sellers) bought it as an investment property,” Geer said of the investment group out of Atlanta. “They set up the infrastructure for it to be developed by somebody else. They never intended to develop it themselves.”

Though the property has been on the market for a while, the sudden, increasing demand for Charleston property, deep-water lots in particular, spurred an outpouring of interest as of late.

“I think it all has to do with the simple lack of inventory and realizing the opportunity for creating luxury high-end homes here,” Geer said. “They’re not making any more islands in Charleston. This is a special property, and I think (the buyer) saw the value in it because there’s really nothing else remaining like it or of its kind this close to Charleston.”

Plans for the property include 10 estate homes on five- to seven-acre lots each that fit in with the Lowcountry lifestyle, Cassina Group founding partner and broker-in-charge Robertson Allen said. Allen represented the buyer.

“In my opinion, this is one of the most exclusive small little enclaves of Charleston,” Allen said. “This will be a place where people can have privacy with the exclusiveness of only having 10 properties that will be available, only having nine neighbors.”

Allen and colleague Charles Macintosh worked for a year to fine tune the details to close the sale with the buyer, Carbon Properties, a developer out of Charlotte.

“There was raising some money, running all sorts of different scenarios, highest and best use, that type of thing,” Allen said. “But it finally came to fruition, and we’re extremely excited.”

The development will keep more in line with what the neighboring communities like Wadmalaw and Bohicket Road are all about, he said. Eight of the sites will be deep-water with short docks. The remaining two properties will be built along the tidal creek with longer docks. Homes will start north of 4,000 square feet each.

Prior to this deal, various groups over the years had tried to push the boundaries of the island, beefing up the number of units that could be built on the property or suggesting an outdoor sporting club. But the plans never went forward.

Until now, that is.

With the Lowcountry market scorching hot and inventory levels as low as they have been for the last two years, now was the time to capitalize on Hoopstick, Allen said.

“True deep-water access is not available and the demand is so high that we feel like we’re stepping into this at a very opportune time,” he said.

While Carbon will develop the island, and another limited liability company that backed the property will be involved, Cassina Group will be representing any inquiries involving sales for the most part, Allen said.

He hopes to have more information to offer buyers toward the end of the year, but he’s already putting together a team of architects and interior designers, and looking into the logistical steps of surveying lots, establishing property lines and building docks.

Allen fully anticipates going vertical as soon as possible with completion around spring 2023.

The sale of Hoopstick Island capped a tremendous year for Cassina Group and William Means Real Estate, which recorded $477 million and $420 million in closed and pending sales, respectively, in 2021.

Cassina Group was recognized this past year as one of America’s fastest-growing private companies by Inc. magazine and named to the Inc. 5000. Allen also helped close the $11.65 million sale of 147 Flyaway Dr. in November, one of the highest-priced back flag lots in Kiawah Island history.

William Means Real Estate’s overall sales marked the best in the company’s 88-year history and represented a 35% uptick over 2020.

The growth moved the company into its new Mount Pleasant headquarters at 353 North Shelmore Blvd., with plans to open a second Lowcountry office at 25 Broad St. early this year once construction on the space is complete.

“We’ve never had such a successful year and a lot of that is contributed to so many people wanting to live in Charleston in this post-covid world,” Geer said. “The demand is only increasing, and there’s only so much supply to go around.”