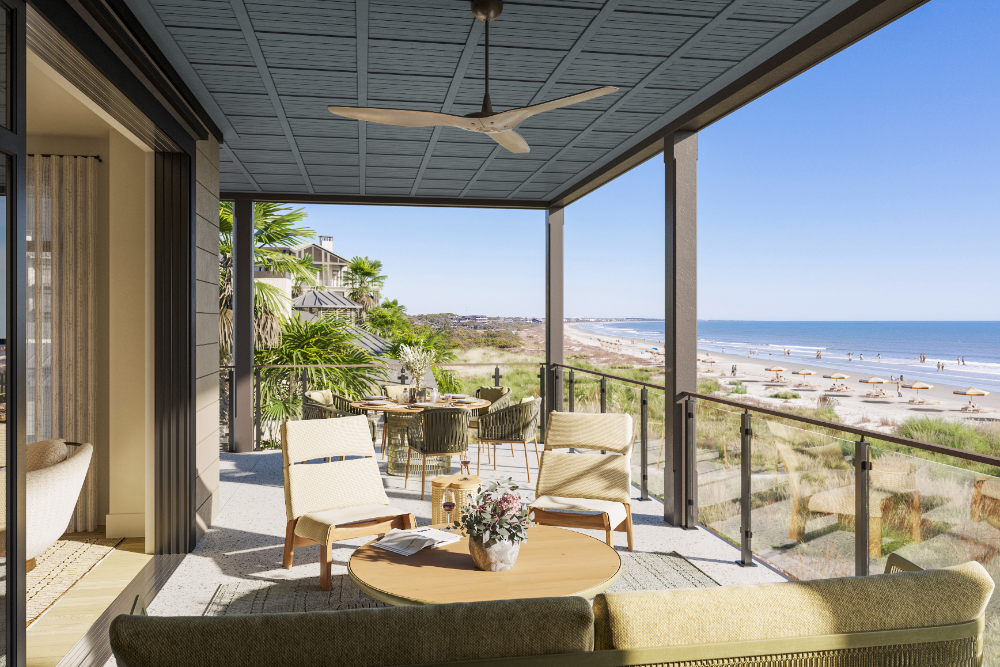 The Cape on Kiawah has almost sold out of its first phase of residences — and most of the transactions took place on opening day.

East West Partners, the developers behind the luxury oceanfront condominiums, said it has sold 38 of 40 residences; 35 were claimed on day one in partnership with Kiawah Island Real Estate.

“Kiawah is a highly attractive community for buyers due to its picturesque natural setting, proximity to Charleston and abundance of amenities, and The Cape further exemplifies that,” Harper said. “We are looking forward to breaking ground on these residences and continuing East West Partners’ longstanding tradition of building terrific communities in world-class destinations.”

The Cape on Kiawah is the first new, whole-ownership beachfront community on Kiawah Island in more than 30 years, the release said.

Phase-one homebuyers hail from the New York City tri-state area, North Carolina, Kentucky and even within the Kiawah community.

The Cape on Kiawah is set on 14 acres and will include an oceanfront beach club with infinity pool, fitness center and sun deck built within phase one. Amenities are available for residents and members of the Kiawah Island Club. Three- and four-bedroom oceanfront floorplans range from 2,296 to 3,795 square feet and start at $5.9 million.

The phase one groundbreaking is anticipated to happen in early summer, and the start of phase two will be announced in the coming weeks.