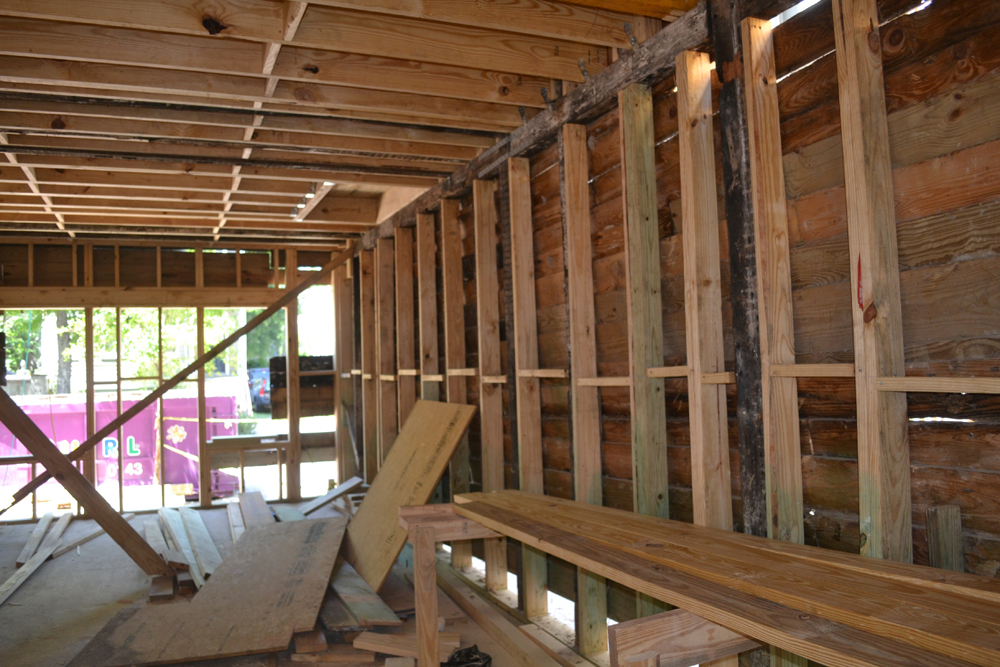 When Joe Lobert first walked into his renovation project at 63 Radcliffe St., rats, bats and fleas had full run of the home.

Termites feasted on the old pine walls, floors and siding of the two-story Charleston single. The floor was falling in, crumbling from two centuries of use and neglect, and much of the wood was rotting.

The home leaned heavily to one side, embodying the “Charleston slant” often found in old homes on the peninsula. Parts of the interior walls were charred from a fire.

The 1840s-era home showed the structure’s age through its scars, secrets and demands for renovators.

“It was very dilapidated and had been neglected. It was probably the second-worst house I have ever worked on,” said Lobert, who has been renovating homes on the peninsula for 15 years. “It would be easier to knock it down, but from a preservation perspective, that’s not the way to go.”

Lobert, a principal at Luxury Simplified Construction, is overseeing the preservation and renovation of the Radcliffe Street house. Luxury Simplified is a Charleston-based development firm that has bought, built or renovated around 200 homes on the peninsula since launching four years ago.

Work began in February on the three-bedroom, two-bathroom house, which the owners bought for $172,000 in March 2016, according to Charleston County property records. They are now spending about $300,000 to overhaul and renovate the 1,600-square-foot downtown Charleston home, or about $188 per square foot.

‘Not a cookie-cutter home’

Workers work to restore the exterior to its original look, using as much of the same materials from centuries ago as possible. Each piece of wood siding will be removed, numbered, treated for termites, sanded, painted and replaced in the same order.

Lobert said about 80% of the wood will go back on the house; some pieces are too rotten from termite infestations to be salvaged.

“You don’t ever know what you’re going to get into,” Lobert said. “It’s not a cookie-cutter home where you just kind of scrap the land and put a house up.”

The exterior of the home will be restored and preserved; the inside will be fully renovated.

The interior has been gutted except for the original wood beams that frame the home. New beams have been added next to the older wood — a process known as “sistering” — to help stabilize the house. The now-open footprint allows for a new layout.

“Everything inside was a complete demo,” Lobert said. “The fun thing for us is we’re building a house within a house now.”

The punch list remains long for the home: Windows and drywall need to be placed, electrical and mechanical work must be performed, and the outside renovation work needs to be completed. Inside, the home awaits walls, floors, doorways and finishes, all of which will be selected by the homeowners. It should be ready for move-in later this summer. 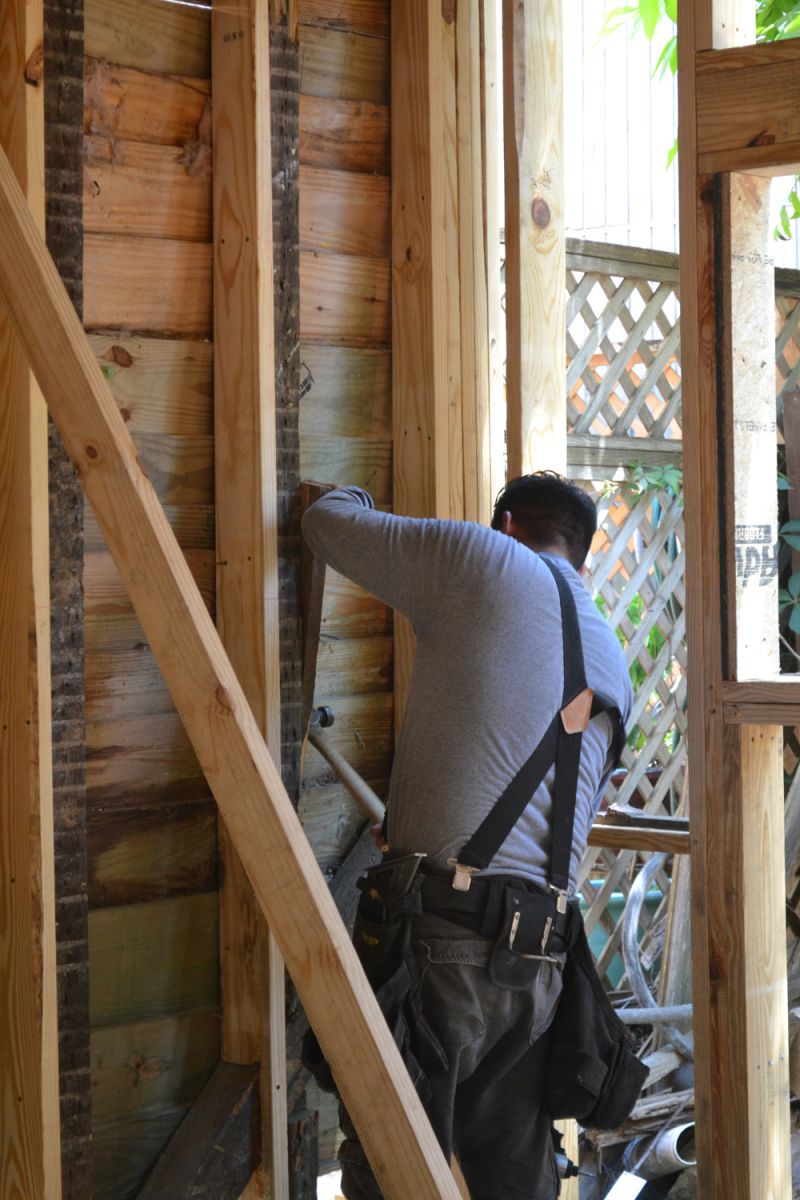 Lobert said older homes often yield surprises. Sometimes, historical artifacts turn up, such as glass bottles or medicine holders from the 1800s. Other times, the unknowns are costly discoveries that drive up construction costs.

“The actual construction work is pretty easy, we’ve done so much of it. It’s the unknowns you come across working with a historical home that can be difficult,” Lobert said. “If we say it’s $10,000 to frame a house, and then we get in and see that it has been totally destroyed by termites, we then have to go back to the homeowners and say it’s worse than we thought. ... It’s all about managing the expectations for a historic home.”

Those unknowns and strict requirements from the city’s Board of Architectural Review keep the work interesting, Lobert said, such as finding ways to use centuries-old materials on a modern-day renovation.

“The worst part is the unknowns, but that’s also the best part about it too,” Lobert said. “It’s all problem-solving and trying to figure it out. You put the puzzle of an old house back together, and at the end, you’ve got this beautiful product.”

The only thing that doesn't make sense is the BAR's refusal to allow the house to be raised out of the flood zone. If it floods at some point in the future, wouldn't the homeowner hold the BAR responsible for damages?