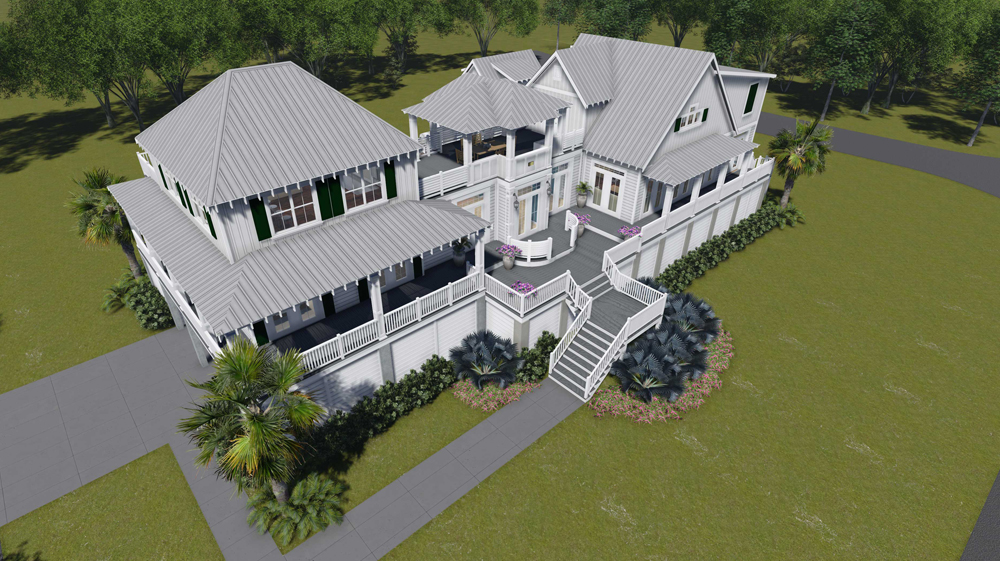 The inventory of homes for sale in the Lowcountry dropped nearly 20% between 2015 and 2016, to 4,733, according to the Charleston Trident Association of Realtors. The year prior, inventory was down nearly 6%.

Finding a home in the area to buy is becoming increasingly difficult, so Carolina One New Homes has started marketing and listing the new “House in a Box” concept from Creative Living Designs LLC as an alternative option for aspiring homeowners. 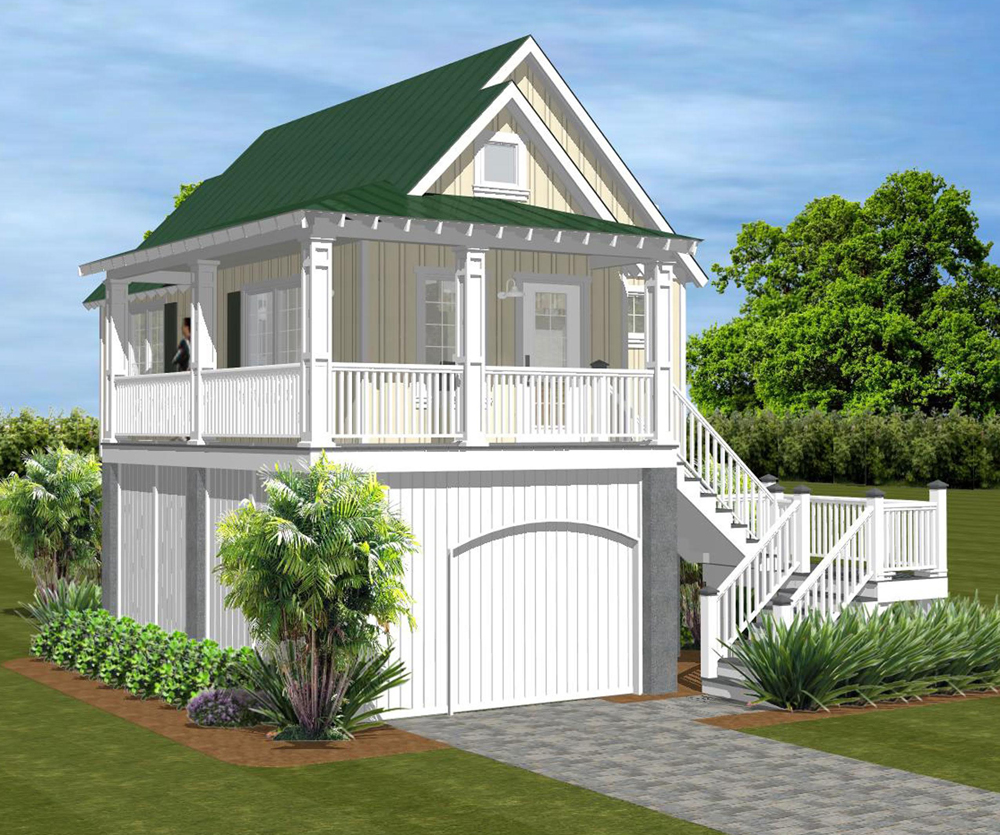 Chris Harmon, founder of Charleston-based Creative Living Designs, started selling residential architectural and structural plans through his company about seven years ago. Builders and land owners would buy his plans and build the homes in locations across the country.

In late 2016, he added construction management services, allowing land owners to buy the plans and build their own homes with management help from Harmon’s company.

“In a lot of people, part of their human spirit is wanting to build their own house,” Harmon said. “We lend our expertise through our service to allow you to be your own builder.”

His “House in a Box” concept doesn’t involve a prefabricated building, and nothing is shipped to customers in an actual box. Harmon’s “box” is the customer’s computer, which is how he shares all the details regarding how to build the home.

The company has 21 different home configurations that are each designed to stand alone or be combined. For instance, a family might choose to build the 1,872-square-foot “855 Winchester” plan as a stand-alone home. Or, the family could choose to build the Winchester as the main house and construct an enclosed walkway connecting to a much smaller, 398-square-foot space called the “317 Aspen.” Harmon said the smaller space could be used as an office, rental unit or home for elderly family members or adult children.

Each configuration’s plan costs $500, regardless of home size, Harmon said. So, if a family chooses to combine the Winchester and Aspen, it would cost $1,000 for the plans, plus an engineering fee to design the walkway connector.

Once a customer decides on a configuration or configurations, the company customizes the plan — doors and windows can be added or relocated, for example — and arranges the configurations on the property.

Creative Living Designs then gives the customer a spreadsheet with prices for each part of the home’s shell, which includes the exterior, drywall, plumbing, electrical, HVAC and duct work. The homeowner customizes the inside by choosing things like cabinets, floors, countertops and fixtures, which are also priced before construction begins.

Additionally, the company gives the customer a list of subcontractors and suppliers in the Charleston area and their fees. Customers outside of the region also receive that list so that they can compare prices in the location where they are planning to build.

“I’m working with a gentleman right now that’s looking at a set of plans for Ketchikan, Alaska,” Harmon said. “Obviously I can’t tell him what it’s going to cost in Ketchikan, Alaska. But the thing he really appreciates is that he at least can look here and see what it’s costing us in the Charleston market. These are all at-cost, local numbers.”

At that point in the process, the customer can take the plans and build the home or hire a contractor to build it. Customers in the Charleston area have a second option, however: They can now hire Harmon’s team to oversee the construction process.

If they go with the management option, land owners pay for the cost of supplies and subcontractor work, plus a 5% “website maintenance” fee to House in a Box, 5% to the builder-manager who oversees the work, 3% to Carolina New Homes’ Custom Homes division and 3%, if necessary, to any co-broker involved in the deal. The website is where all of the spreadsheets are housed and is frequently updated with the latest prices.

In these situations, the customer is still the builder, but the House in a Box team supervises the work and aligns contracts for the work. After permits are secured, Harmon estimates that the building process could take between three and six months to complete. So far, no customers have completed a house using the management services.

Jayne Harmon, community specialist at Carolina One New Homes’ Custom Homes division and Chris Harmon’s wife, is marketing potential House in a Box properties. She said that the Charleston market is desperate for more inventory and that one of the easiest ways to achieve that is by adding accessory-dwelling units to properties that already have a main dwelling.

“As housing prices rise in this area, there are a lot of houses on big lots, where people can and want to build, to enlarge their house size,” she said. “One of the best ways to enlarge your living space, improve your living situation is with an accessory unit, an add-on unit.”

She has discussed the House in a Box concept with several clients and said some are interested because of the potential cost savings.

“When a custom builder has to name a fixed price, he has to price in a ton of risk because he’s assuming a lot of risk. He’s having to quote you a price, and there are a lot of unknowns. He doesn’t know how many mistakes could be made that he’s going to have to pay for,” she said. “He’s not only having to price in his time, he doesn’t know what kind of weather delays he might hit; he doesn’t know what kind of subcontractor issues he might have. It’s not just a matter of greedy contractor making a huge profit. It’s contractor having to price in a whole lot of unknowns. So that’s part of it.”

This story originally appeared in the Feb. 6, 2017, print edition of the Charleston Regional Business Journal.