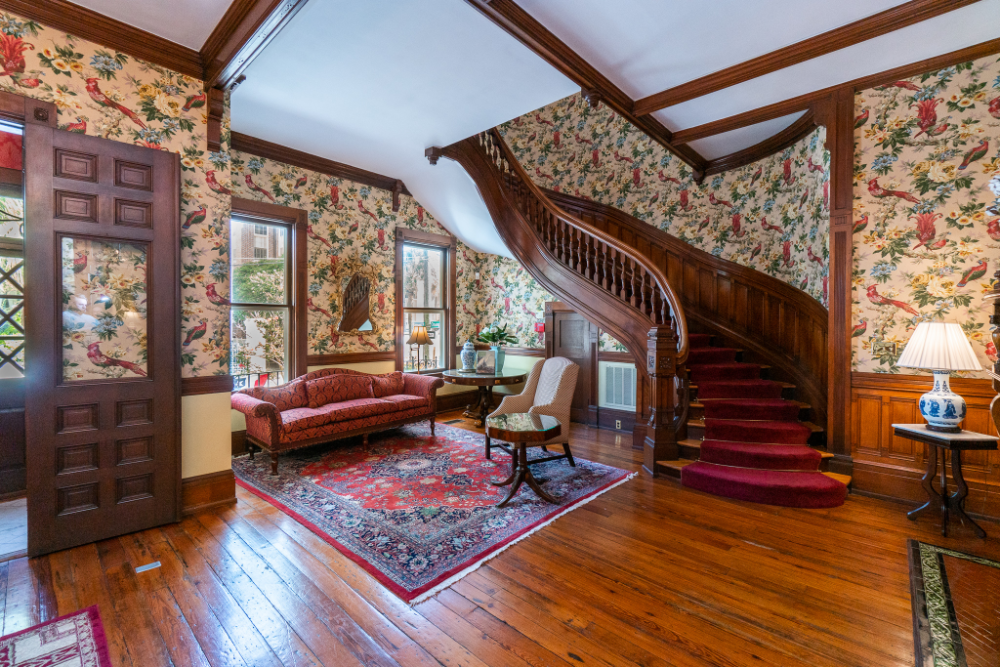 The Lowcountry market has had a wild few years. Agents have sold some of the most expensive homes in the region’s history, even an island. Now one agent is selling the home of a signer of the Declaration of Independence.

The Governor’s House, built in 1760, was formerly home to Founding Father Edward Rutledge, the youngest signer of the declaration. The double house, built on two lots, is listed at just under $7.5 million.

Located at 117 Broad and 17 Orange streets, the Georgian-style mansion was built as a residence but has been operating as an inn since 1998.

Rutlege fought in the Revolutionary War, served two terms in the U.S. Senate and as governor of South Carolina in 1798. When he signed the Declaration of Independence, he was 26 years old. Rutledge lived in the house from 1763 until his death in 1800 at age 50.

“This is an important house where people were basically forming and running the government and the new world. So it’s pretty important to Charleston that it is still intact,” said Deborah C. Fisher, broker-in-charge of Handsome Properties, which is listing the house.

The house encompasses 9,887 square feet with 12 bedrooms, 12 full baths and one half-bath, as well as seven fireplaces and 14 off-street parking spots.

Inside, original details remain, including heart-of-pine floors, detailed molding, triple-hung 9-foot windows and 12-foot ceilings. Fisher said the home has undergone alterations and additions since its original construction, particularly in 1850.

“Handsome Properties markets locally, regionally and nationally, and large properties like 117 Broad St. attract buyers of all kinds because of its use and size,” Fisher said.

Handsome Properties represented the current owner when they originally bought the house in December 2015. The owner then called upon Handsome’s services to put the house back on the market in July 2020. With the pandemic, however, showings were hard at the time and the sale was paused.

“From a residential standpoint, it’s very difficult to find a property of this size in Charleston,” she said. “There aren’t any properties 10,000 square feet and higher, so there is a market for someone who wants a large estate as well.

Fisher said the property holds a lot of potential for buyers, especially investors, since the deed allows for small events on the property — a business model that has been untapped. The house could be a venue for corporate events or small weddings.

The Governor’s House Inn was previously named as a must-visit bed and breakfast on Tripadvisor. In 2018, the inn was listed as one of the “Top 15 Places to Stay In Charleston” by Condé Nast Traveler.

Beyond business, a buyer could receive a tax break since there are neither conservation easements on the exterior nor interior of the property. Fisher said the Historic Charleston Foundation and the Preservation Society of Charleston both want to place conservation protection on the property.

“So for someone who’s interested in this property, they could take advantage of that from a tax benefit,” Fisher said.

The home, built by James Laurens, brother to the president of the Second Continental Congress, Henry Laurens, was declared a National Historic Landmark by the U.S. Department of the Interior in 1971. The residence has played host to President Teddy Roosevelt in 1902 and President William Howard Taft in 1908. In 1972, President Gerald Ford stayed in what is now known as the “Rutledge Suite.”

“Charleston is a city that has the largest concentration of 17th, 18th and 19th century buildings, so this house plays heavily into the Charleston fabric,” Fisher said.