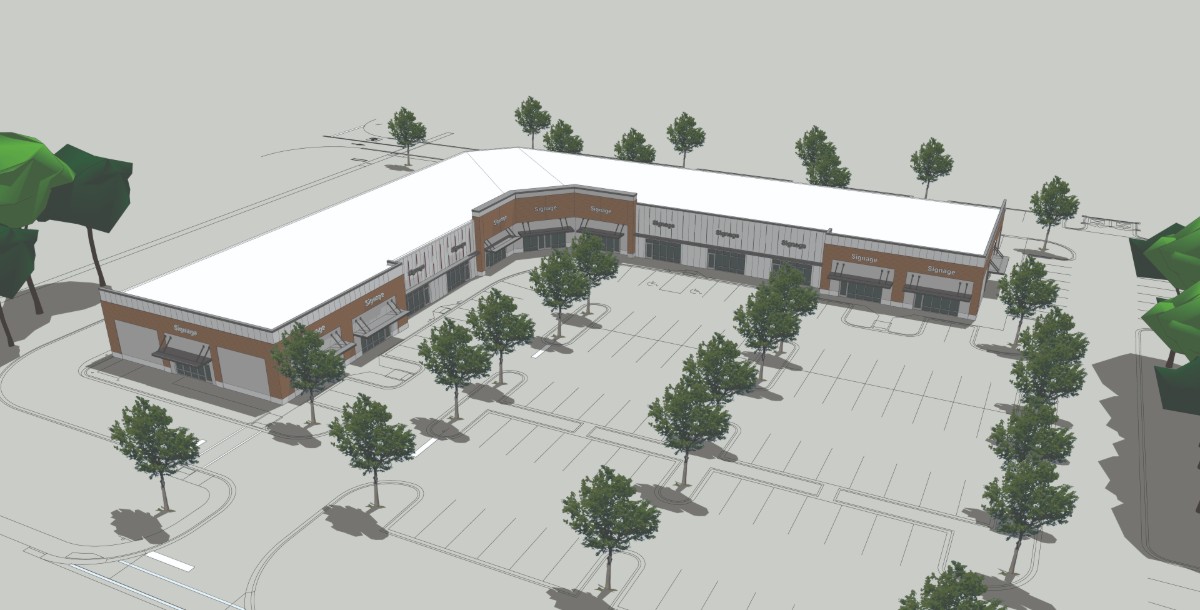 The company is preparing to break ground on Indigo Fields, a North Charleston mixed-use retail and medical center featuring 400-plus feet of frontage.

The 30,043-square-foot project at 5301 Indigo Fields Blvd. has been approved, and Hardy World is working to get all construction permits in hand to break ground in March or early April. A December finish is expected with an early 2023 delivery.

“As far as the tenant basis that we are going after and attracting, I would say it’s definitely more quasi-retail for this product in comparison to what we did over at Triad,” said Taylor Hardy, vice president of operations at Hardy World.

The development company has built commercial space throughout the U.S., including Pennsylvania, Kentucky, Florida and Ladson, where the Triad warehouse was constructed. Hardy World completed the project at 8439 Palmetto Commerce Parkway in April. The 47,500 square foot structure is 66% leased and has attracted more flex distribution tenants. With the space, tenants are able to sub-divide space up to 5,250 feet, with customizable build-outs, fixtures and fittings.

“Of course we would love to continue to invest in the community, and Indigo will be our first quasi-retail/more medical as far as the kind of tenants that we are going after,” Hardy said.

Hardy’s been eyeing the Charleston region for years, watching as the market’s grown and working with local economic developers who have highlighted how the demand for industrial space has outpaced supply.

A year back when the Triad warehouse was almost complete, Hardy was already searching for her next move when a local real estate agent put the Dorchester Road property in front.

“We knew just looking at the adjacent developments and how well they’ve taken off and how receptive the community has been to them that (it would be) something that would serve the community a little bit better at large, as far as attracting the medical type of tenants that could lend itself to be the primary doctors and or the staple goods, serving all the homes behind it,” Hardy said.

With the rooftops behind the property, the adjacent Publix, nearby Bosch manufacturing facility and more, Hardy sees Indigo Fields as filling a void in the market.

Plans for Indigo include an L-shaped facility, with parking and a right-in-right-out traffic flow.

“Just looking at the market and the site, the way it laid itself out, the kinds of users and what would serve that area much better, we determined to be the retail type of an asset class, given the industrial ... tenant mix in Palmetto Commerce Parkway and Ingleside Park,” Hardy said.

With Triad behind her and Indigo on its way, Hardy continues to seek out more opportunities in the Lowcountry, including Camp Hall.