Largest spec warehouse in Charleston leased up before completion 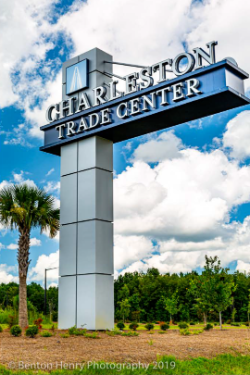 The largest speculative industrial building ever developed in Charleston is 100% leased before construction has been completed.

The building is a joint venture between Singerman Real Estate and The Keith Corp., the project developers. JLL of Charleston Managing Director Lee Allen and Executive Vice President Kevin Coats are handling marketing and leasing efforts for the campus on behalf of the developer.

TKC and SRE broke ground on the Charleston Trade Center in 2016 and have since invested $205 million and created more than 1,000 jobs.

“We had confidence in the macro trends we’d been hearing about for quite a while, from the Panama Canal expansion to the port deepening and all of the port’s various investments,” Allen said. “Obviously there’s a lot of growth in the Southeast and nationally industrial is as hot as it’s ever been, but it’s still a big investment, and we’re thrilled about the outcome.”

The project, which totals 230 acres, is 73% larger than the second biggest speculative building in Charleston, Allen said.

With such a large investment, the partners needed to run on more than hope that they would find a tenant in need for a 1-million-square-foot warehouse. In the end, there were more interested parties than space, and Allen said leasing out wasn’t a matter of luck, but the ability to pick the right tenants.

And Twin Star and Sagebrook, both furniture businesses, were ready to move fast.

“If anyone’s gone on the internet and tried to order furniture, they know how long the backlog is. So you see an industry that has supply challenges during the pandemic, and both tenants knew they needed the space, wanted to make a commitment, and did what it took to get the deal done expeditiously,” Allen said.

The already-strong market has only moved faster this year, he added. Large transactions that used to take 6-12 months to complete are now reduced to 3-6 months.

Throughout the pandemic, retail trends have risen globally as individuals had to pause venturing out and instead stayed in and shopped online. The boom has led to an increased demand for warehouse space, in particular in close proximity to the ports.

Though people are heading out more, Allen isn’t worried about warehouse needs trending downward. He believes Americans were inevitably headed toward the structural shift in how they consume — the pandemic just accelerated it.

“While retail imports are exciting and important to the growth, I think there are a lot of other ways that the port is growing with automotive and a vibrant export business,” Allen said. “There are a lot of things they’ve done well. Adding retail capability to that is certainly exciting and will have an impact on the industrial market, but at the same point I’m not worried about that coming and going.”