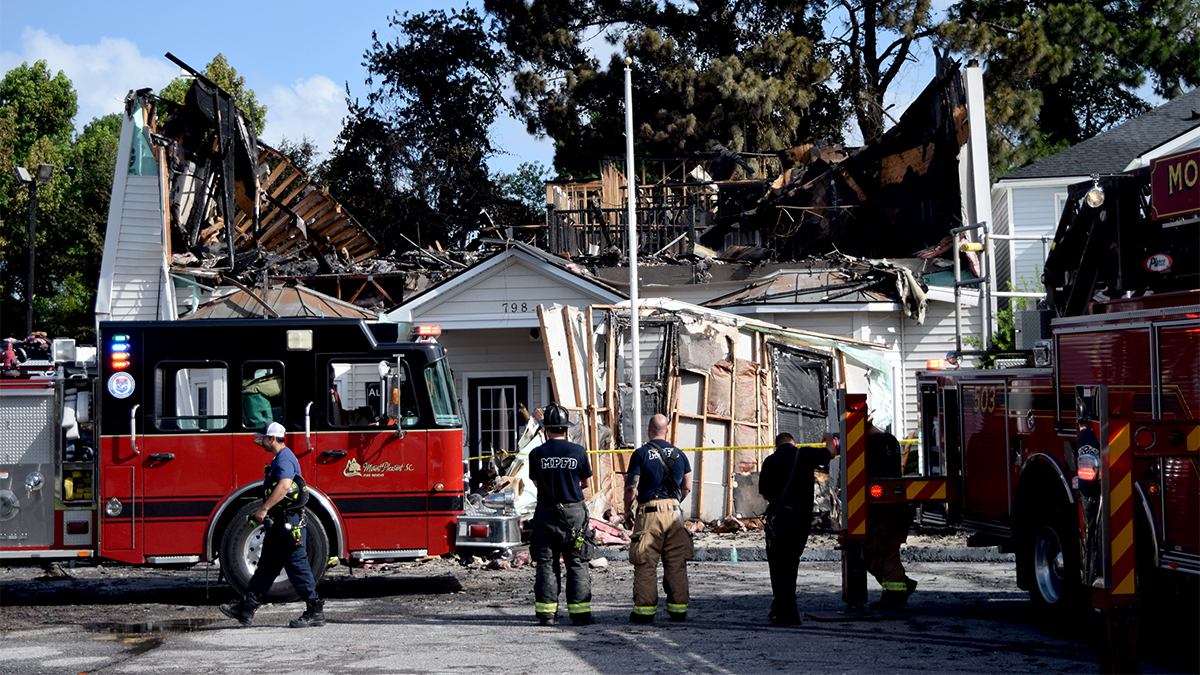 Around 12:30 a.m., a fire tore through four businesses on the 700 block of Johnnie Dodds Boulevard in Mount Pleasant. Affected businesses included Jean’s Bridal of Mount Pleasant, Auto Money Title Loans, Allan G Bolden CPA and IHT Wealth Management. No one was reported injured in the incident.

Buildings were unrecognizable by the early morning, roofs caved in, blackened and singed to the core of the structure. Jean’s was only recognizable by a small partially legible sign by the front door and two sewing machines outside the remains of the business. Jean’s opened in 1974.

“The trucks were already operating on a house fire nearby and they had to relocate,” Thomas said. “So they got here very quickly.”

The swiftness was key to get the fire under control around 2:45 a.m., Thomas said, but the damage was already done before the trucks arrived. The fire went unnoticed for some time as none of the buildings had fire alarms, he said.

The fire department contacted the owners who arrived early in the early hours, Thomas said. He added they were unable to reach the title loan company and the employees arrived to the office to find the damage.

Millenial Medical Travel Nurse Staffing next door was untouched, potentially saved by the parking lot in between the building and the Bolden CPA and IHT offices. An employee at the scene said the fire started in the back of the neighboring businesses away from the main road, which is what made the smoke and flames difficult to notice at first.

The cause of the fire, and which office it originated in, is under investigation, Thomas said.

A crew of roughly a dozen firefighters, dripping in sweat and soot, was still on the scene at 9:30 a.m., removing the safe and paperwork from the title loan building and sifting through personal belongings from Jean’s.