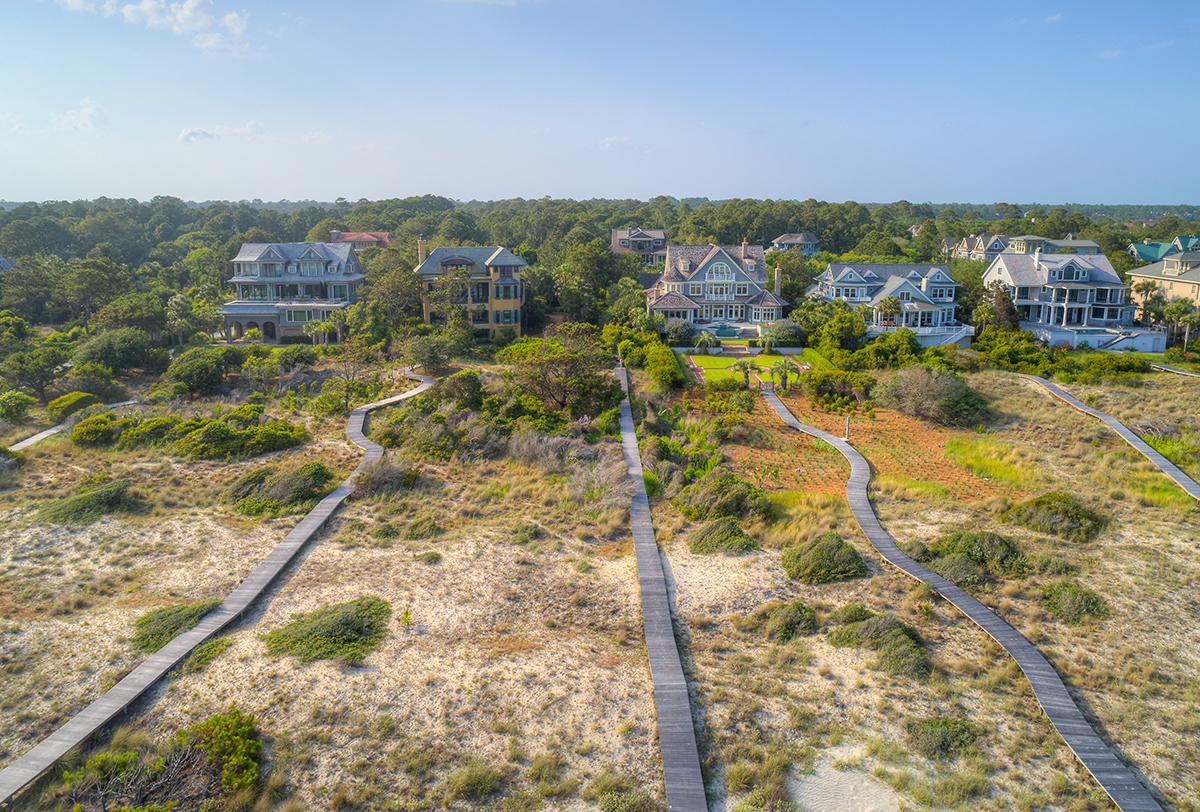 Dan Whalen, president of Kiawah Island Real Estate, knows the merry go round stops at some point, he just doesn’t know when.

KIRE experienced the strongest year on record last year, and that momentum is still going strong into 2021. From June 1, 2020, through May 31, 2021, the real estate company closed $767 million in sales.

Whalen anticipated the spree continuing into January and February, but he expected things to taper off after. He never imagined KIRE would have another record first quarter.

“The rest of the year looks like it’s going to continue to be very busy,” he said. “Maybe that slowed down will come, but I don’t think it will happen until next year at the earliest.”

House inventory is currently hovering around 2.7%, one of the lowest rates Kiawah has ever seen. Buyers are still out there, whether relocating within the island or moving across the country, and houses are snatched up within days, Whalen said.

While the KIRE president isn’t encouraging people to sell their island homes, he believes that if anyone is considering selling, now is the time to do so.

“It could not be a better time,” Whalen said. “We’re slowly, continuing to get some listings, but as soon as we get it, we seem to sell it fairly quickly thereafter.”

The recent PGA Championship served to publicize the island further, not only as a vacation spot as the state anticipated, but also as an idyllic place to buy real estate. Whalen saw leads jump significantly the week of the May tournament just from a few days of exposure. The Kiawah Island Real Estate website was busy with curious visitors to the site from all over.

Attraction to the island is the same it’s always been: natural beauty, open spaces, proximity to Charleston and community, Whalen said. Last year was an eye-opener for everyone, and those who considered relocating down the line have moved up their timeline, he said.

“Now it’s on more and more people’s radars, thinking wouldn't it be nice to maybe get somewhere where we can get outdoors and open space, just relax, and enjoy ourselves,” Whalen said.

Sales are strong year round on the island, but typically spring and fall tend to be the busiest seasons, especially for single-family homes and summer vacationers.

“We tend to see a few more villa sales in the summer than we do in the spring and fall, but even this past year it has become a 12-market season for us,” Whalen said. “Our numbers are crazy through the roof.”

Reflecting on 2020 numbers, KIRE kicked off the year strong, but like most businesses saw a March-April slowdown. But come May and June, sales soared.

Sometime in the future, Whalen knows he’ll sit on a bi-weekly sales call and have to report negative stats. He can’t imagine the numbers aren’t sustainable forever at a 300% increase.

“But they are sustainable as far as having very strong sales, which I think is what’s going to happen… You do the best that you can,” he said. “You make the most of the situation and ride the wave for as long as you can. It has to stop at some point and you can’t compare yourself to where you were at that crazy up time.”

“You gotta look for consistent performance and trying to close a certain percentage of the people you get in front of. We’re just getting in front of a lot more people now because people have a greater interest than they have ever had.”