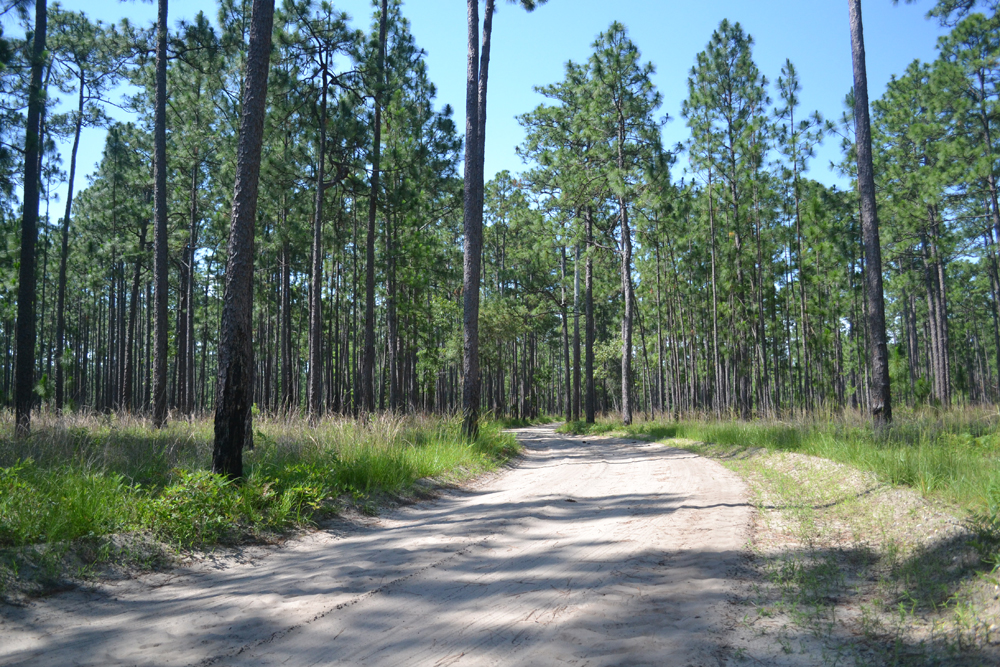 The sound of gravel crunches underfoot, adding to the cicadas’ symphony nearby. All around, long-leaf pines stand tall, parting only for the centuries-old roadways that wind through Cainhoy Plantation.

Clearings in the trees let history seep into view. A plantation-style home sits empty at the end of a lengthy drive. An old slave cemetery with crumbling headstones has freshly cut grass.

Tucked away from the sounds of cars that speed down Clements Ferry Road each day, the Cainhoy land feels far removed from the hustle of Charleston.

The plantation has stayed mostly unchanged since the early 1900s, but the surrounding region has exploded with growth, most notably in the past few decades. The industrial base has diversified, population numbers keep rising and the area’s charm has been repeatedly lauded internationally.

The land sits mostly untouched in Berkeley County, within the city of Charleston, bounded by the Wando and Cooper rivers, Daniel Island and the Francis Marion National Forest. Clements Ferry meanders through the land.

One family — the Guggenheims — has owned the 9,000-acre plantation for decades. It is one of the few large tracts of undeveloped land remaining in the city of Charleston, seemingly unfazed by the development advancing toward its borders. But plans are now moving forward to transform it into an integral part of Charleston’s footprint.

Over several decades, developers plan to transform the private plantation into a mixed-use community with thousands of homes; three public schools; and new shops, restaurants and office buildings.

“This is 9,000 acres in the heart of metropolitan Charleston that’s completely private,” Sloan said. “Last year, maybe 25 people enjoyed the property for recreation. That’s all about to change.”

Former Charleston Mayor Joe Riley, who annexed land throughout the region during his 40 years in office, brought Daniel Island into Charleston’s oversight — and onto the city’s tax rolls — in 1993, followed by Cainhoy in 1995.

Both tracts had been bought by American philanthropist and businessman Harry Frank Guggenheim in the 1930s and 1940s.

The annexations expanded Charleston’s urban growth boundary, an agreement among municipalities that they can build up to that boundary line, but not beyond, to preserve remaining land for rural uses, said Jacob Lindsey, the director of Charleston’s planning, preservation and sustainability department.

The city built water and sewer infrastructure in the area, with plans to eventually develop both sites, beginning with Daniel Island. Sloan, who is also the president of the Daniel Island Co., has led the decades-long buildout of the mixed-use community, which is nearing completion.

Officials and developers are now turning their attention toward the Cainhoy property. Guggenheim left Cainhoy Plantation to a nephew, Peter Lawson-Johnston II, in a trust in 1971. DI Development will manage Cainhoy’s development.

“Annexation made it clear that this property was an integral part of Charleston’s intended and logical growth pattern,” Lawson-Johnston said. “It was obvious that change to this peninsula was coming and was inevitable — and our family wanted to make sure it was done right.”

City leaders approved zoning of the Cainhoy property in the 1990s, but Sloan said it was too far-reaching for a property of this size, and he sought new zoning.

The city approved a planned unit development in 2014 that allows office, residential, retail, industrial and schools.

The approval roused concern from several groups. The Historical Charleston Foundation and the Preservation Society of Charleston wanted to ensure historical and cultural assets on the land could be preserved for the public. Environmental groups in the area hoped to see significant green space, wildlife and wetlands protected, and they shared concerns with surrounding neighborhoods about traffic congestion and overdevelopment.

The zoning of the 9,000-acre plantation allows 2.1 units per gross acre. In-depth study of the Cainhoy property led to a decision to build a maximum of 9,000 homes over time.

The project also will include commercial and retail developments, schools, green spaces and a nature sanctuary. More than half the land will be preserved as natural space, protected from development.

Sloan said the Cainhoy community will be built slowly, over several decades. 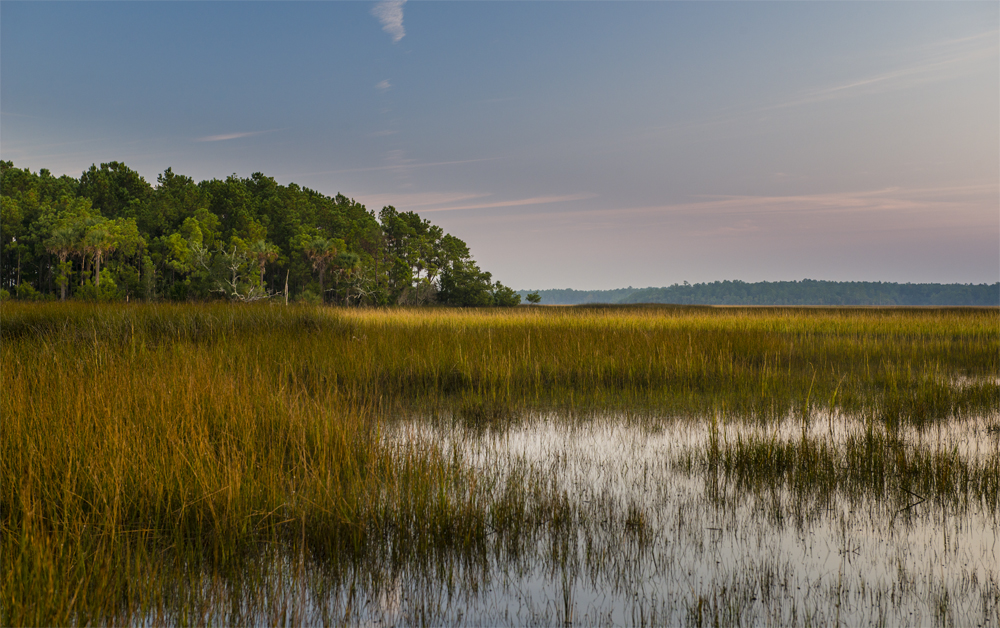 Of the 9,000 acres at Cainhoy, 4,500 acres will be designated for mixed-use developments, with about 1,000 acres of that land set aside for parks, trails, lakes, wetlands and open spaces.

The remaining 4,500 acres will be protected from any development, remaining as natural open space, woods or wetlands. This includes a 500-acre nature sanctuary designed to protect wildlife and plant species. It will be professionally maintained and publicly accessible, said Carolyn Lancaster, DI Development’s marketing vice president.

Lancaster said a total of “5,500 acres of the property will be preserved, maintained and-or usable open space.”

The acres of wetlands that will be affected by construction and will require mitigation is still being reviewed. Project planners said they want to preserve acreage on the property as part of the mitigation plan, rather than buying credits elsewhere.

“After conversations with the key regulatory agencies, we concluded that we have an area of the property that is rich with conservation values and worthy of preservation and enhancement,” Sloan said.

The Army Corps of Engineers had not received a permit application for the project by press time.

DI Development will sell parcels to builders and developers over the next several decades to build neighborhoods, retail centers and office buildings.

Residential neighborhoods will be built throughout the property. The existing plantation roads will be turned into walking and biking trails, connecting neighborhoods, natural areas and historical points of interest, said Scott Parker, co-founder of DesignWorks, a Charleston urban design firm working with DI Development on the project.

Planners see Clements Ferry Road as the main commercial hub, building off existing businesses and heavy traffic. Cainhoy Road, which Sloan originally thought would be the community’s employment and industrial hub, will instead remain rural to create a buffer between the new developments and the Francis Marion National Forest.

Initial construction has started on one side of Clements Ferry Road. Newly paved roads and roundabouts with landscaping and sidewalks lead to large clearings. Three new schools stand in the openings — a campus built out of the woods.

Other construction plans are in the works. Publix recently signed a lease to anchor the 90,000-square-foot Point Hope Commons retail center in the Cainhoy community, according to Stiles, a real estate development firm. The first residential development is in the design stages, and work on those homes is expected to begin in 2018.

“We’re creating this really interesting opportunity to live in pockets of urbanism and suburbanism within a community surrounded by unprecedented amounts of green space,” Sloan said. “It’s going to be unlike anything that’s been done in metro Charleston in recent memory — or ever, for that matter.”

Michelle Mapp, CEO of the S.C. Community Loan Fund, said the overall location of the Cainhoy property is ideal for residents and businesses because it sits near several employment centers — Daniel Island, Mount Pleasant, North Charleston and downtown Charleston. She said building mixed-use communities near city centers prevents sprawl and lessens congestion throughout the region.

“I’m always encouraged by an infill project. ... With a new master plan like this, there’s tremendous opportunity to get it right,” Mapp said.

Mapp said she wants to see about 10% of the residences be affordable housing, ensuring lower-income people who work in the community can also live there.

Sloan and his team met with more than 600 community members in recent years to talk about how the Cainhoy property should be developed. Schools, grocery stores, banks, restaurants, retail shops and employment centers were high on the list.

“This is a vastly underserved area,” Sloan said.

Fred Lincoln, a community leader who lives close to the Cainhoy Plantation, said neighboring residents who live on the Cainhoy Peninsula are excited to have new schools and amenities coming to the area.

As a child, Lincoln walked the 5 miles from his house in the Jack Primus community to his elementary school. He remembers white students waving as their school bus went by, but buses would not pick up black students then.

Outside of school, Lincoln would spend time swimming in a nearby creek and taking a nap under an oak tree along Clements Ferry Road, down which cars rarely drove.

The region has changed drastically since then, as thousands of residents move in and businesses establish operations. The Cainhoy peninsula still has rural land, but industry and residences have popped up in recent years, increasing traffic along Clements Ferry Road.

Nearby residents worry that the development of Cainhoy Plantation will only exacerbate congestion. Lincoln said the new housing could also increase property values in the area, driving out longtime black residents.

He wants 5% of the Cainhoy property to mirror the Jack Primus community, zoned for low-income housing and mobile homes.

“A lot of people are moving down here, and they need a place to stay, so developers have to build for them,” Lincoln said. “It’s not the developer’s fault people are coming here, but it does create an issue of affordability and driving to find work or housing.”

Around $250 million in federal, state, county and city taxpayer money is going toward enhancing infrastructure in the area in anticipation of the growth. Projects include widening roads, building a wider bridge over the Wando River on S.C. Highway 41 and opening the new Philip Simmons schools for Berkeley County.

The bridge opened in July, and plans are in the works to widen the roads on either side. The first phase of widening Clements Ferry Road is underway, and the second phase is set to begin in 2019.

Berkeley County leaders declined to comment on the Cainhoy development. Mount Pleasant Mayor Linda Page said the planned community should serve as a catalyst to expedite funding for needed road projects in the region.

“This is a very large development ... and a lot of those residents will be traveling on our roads,” Page said.

Sloan said Berkeley County School District’s need for land to build more schools spurred some of the project’s recent momentum. The school district did not respond to interview requests.

Dana Beach, executive director of the Coastal Conservation League, said a well-planned street system within the development is the linchpin to preventing major congestion from spilling out onto Clements Ferry Road and beyond.

“New developments are built every day with one entry and one exit way going into a main artery, and that creates congestion. ... A connected street grid is the single most important design feature of any new development,” Beach said.

Once completed, the community is expected to add $29 million in tax revenue each year to the city of Charleston and Berkeley County, according to a study done by London and Associates, a Clemson-based consulting firm.

Surrounding communities are expected to benefit economically from the additional people moving into the area; Page said she anticipates many Cainhoy residents coming to Mount Pleasant to eat, shop or receive health care.

“This is obviously a significant new development in the city, and it will be a place that will house so much of the growth of the city. ... We’re looking forward to the developers building Cainhoy in a way that increases quality of life for future residents that may live there,” Lindsey said. “It will be another borough to the city, not unlike Daniel island is.”

This story originally appeared in the Sept. 4, 2017, print edition of the Charleston Regional Business Journal.