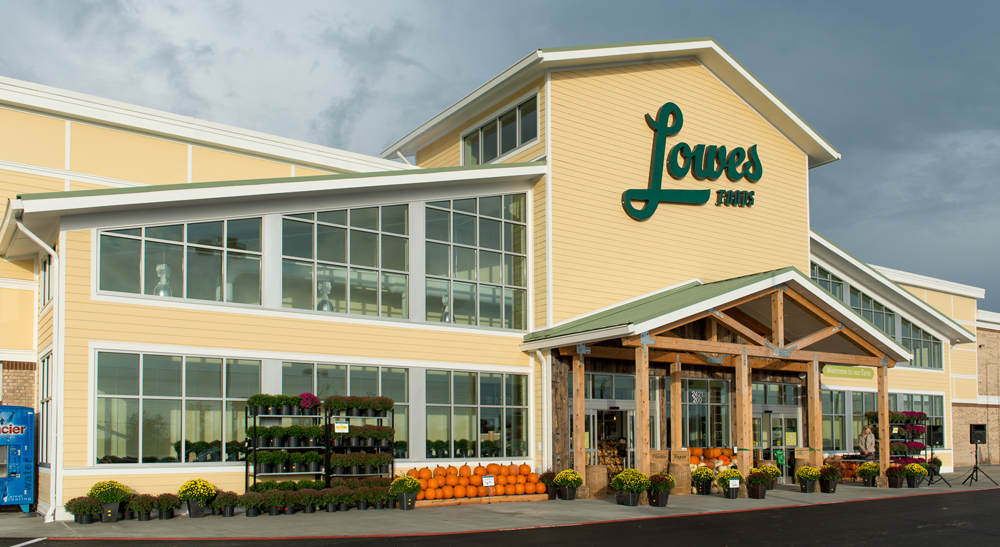 The growing population of Lowcountry residents with high incomes and high levels of education is attracting more grocery stores to the region, particularly specialty grocers.

Mount Pleasant, West Ashley and Summerville, in particular, are seeing new, upscale grocery stores, and more should be expected in the future, according to John Orr, vice president of the retail services group at Colliers International. 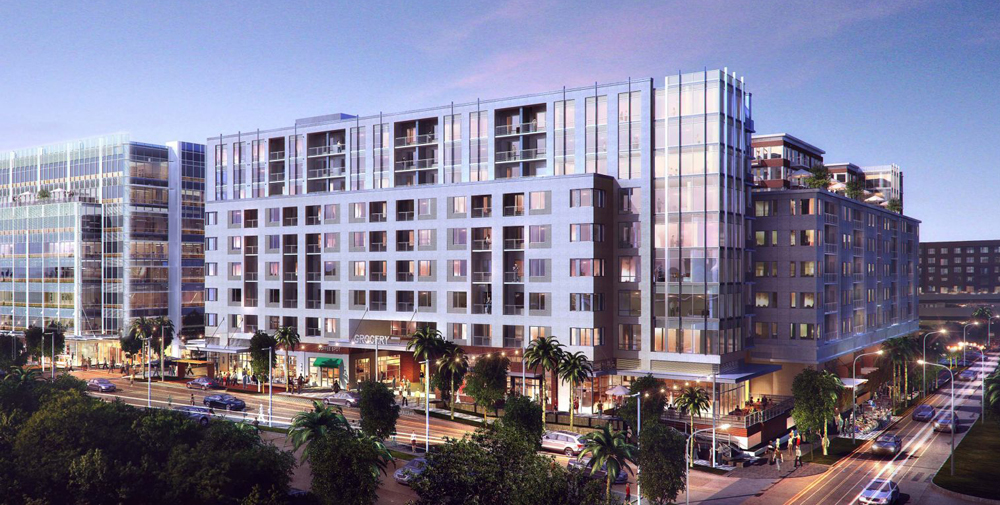 “The way we shop is much different than the way it was just 10 years ago,” Orr said. “Today, we are much more likely to go to multiple stores for different products. For example, we’ll go to Costco for paper goods, and we’ll go to Publix or Harris Teeter — what we consider main-line grocery stores — for canned goods and the such, and then, oftentimes, people will go to an Earth Fare or Whole Foods for specialty offerings that are not available at other places.”

“It’s easy to look at the landscape and say, ‘Oh, we have too many grocery stores.’ But, by and large, we’re the ones who choose who succeeds and who fails as consumers, as we go with our credit cards,” Orr said.

Specialty grocers are attracted to areas with customers who have disposable income, he said, which makes the Charleston area a prime target.

The fast increase in population gives the grocers an easy customer base as well, said Michael Silverman, a retail real estate adviser at The Shopping Center Group in Charleston.

“Population growth is expanding, and now the grocers are seeing all these pockets of uncaptured people, and they are expanding to capture all those people,” Silverman said.

Projects in the works 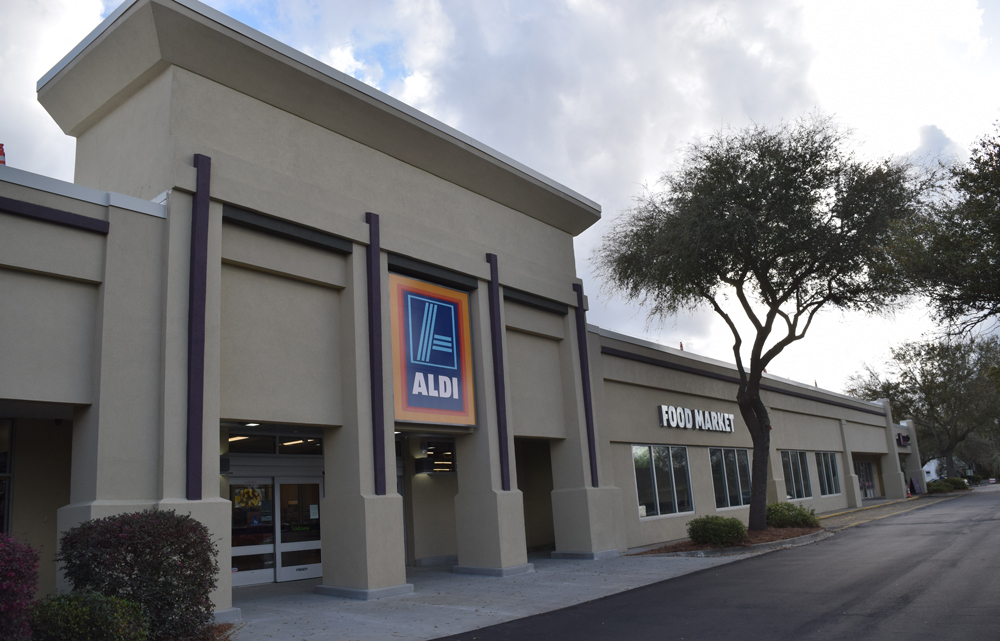 International grocer Aldi opened a store in Summerville in 2015 and renovated the former Pinz Bowling and More facility on Johnnie Dodds Boulevard in Mount Pleasant. The 20,600-square-foot grocery store opened in early March.

Lowes Foods will open its first Lowcountry store in Summerville in late 2017. The 49,500-square-foot store will be built in the Oakbrook Square Shopping Center at the intersection of Dorchester and Old Trolley roads in Summerville and will employ about 150 workers, according to a news release.

Publix is building a 45,000-square-foot store in the WestEdge mixed-use development near the Medical University of South Carolina in downtown Charleston. It’s expected to open in the third quarter of 2018, according to a news release.

A 45,000-square-foot Whole Foods Market, the second in the Lowcountry, is under construction in West Ashley adjacent to the Doscher’s supermarket on Savannah Highway, Charleston Mayor John Tecklenburg announced last year.

A 36,000-square-foot Lidl is in the works at 435 St. James Ave. in Goose Creek; a 42,000-square-foot Wal-Mart Neighborhood Market is under construction at 1610 Central Ave. in Summerville; and a 22,000-square-foot Fresh Market is planned for Mount Pleasant’s Indigo Shopping Center, according to a market report from Colliers International.

Harris Teeter is planning new stores in the Carnes Crossroads and Nexton developments and is building a store within the Westwood Plaza shopping center on Sam Rittenberg Boulevard in West Ashley.

Nexton, a mixed-use project at the intersection of Interstate 26 and U.S. Highway 17A in Summerville, will also get a Sam’s Club. A date for that store opening has not yet been announced.

Sam’s Club competitors BJ’s Wholesale Club and Costco are eyeing Lowcountry locations as well. BJ’s is planning a nearly 88,000-square-foot store at the southwest corner of Interstate 26 and U.S. Highway 17A in Summerville, close to the future Sam’s Club. Costco is looking to build in Mount Pleasant, at the intersection of Faison Road and Park Avenue Boulevard.

“We have long been interested in South Carolina,” BJ’s Wholesale Club CEO Chris Baldwin said during a recent visit to Summerville. “I think the state has done a terrific job with economic development. Particularly in Charleston, the development in the community has been wonderfully handled, and it makes it a very attractive place to do business.”

Baldwin said BJ’s plans to open more stores in South Carolina eventually, but this will be the company’s only store opening in 2017. The store will employ 140 full-time and part-time employees, including 12 managers, he said.

One area of North Charleston is still waiting for a grocery store of its own. The Chicora-Cherokee neighborhood hasn’t had a nearby grocer since Winn-Dixie closed in 2005. With no access to fresh food, the area is classified as a food desert by the U.S. Department of Agriculture.

North Charleston Mayor Keith Summey announced last year that a developer was interested in building a grocery store, retail and office space, and multifamily units at the corner of McMillan and Rivers avenues. So far, though, the city has not released specific plans for the site.

When large grocers expand to an area, they typically don’t want to move into an existing, empty shopping center. Instead, they want to build to their specifications on a site where they predict residential development will take off, Silverman said.

“These people are very interested in how they’re located and people’s ease to get to them and the large parking fields,” he said.

Finding those locations will become more difficult as development continues in the region, Orr said.

“The big challenge is the real estate that grocery stores need to be on, which is traditionally on the going-home side of the road and is a challenge to secure,” he said.

Some grocers buy inexpensive property years before an area is developed in the hopes that the residential density reaches a level at which they have enough customers in the area to sustain a store. Harris Teeter has purchased a site at the corner of Maybank Highway and River Road on Johns Island for that reason, Orr said, but the company is not yet ready to build there.

He said he expects grocers to buy property for stores in Berkeley and Dorchester counties as those counties are slated for more residential development for future Volvo Cars and Mercedes-Benz Vans employees.

Andy Owens contributed to this report.