Religious leaders fight for $500M worth of property

Ownership of properties worth half a billion dollars, including several prominent churches in downtown Charleston, is being debated in a St. George circuit courtroom.

A lawsuit filed by the Protestant Episcopal Church in the Diocese of South Carolina against The Episcopal Church of the United States of America started Tuesday at the Dorchester County Courthouse and is expected to take two weeks.

The suit was filed by nearly 40 parishes and 12 missions in South Carolina that broke away from the national church in October 2012 after it tried to remove Bishop Mark Lawrence over disagreements about homosexuality and other “moral issues.” 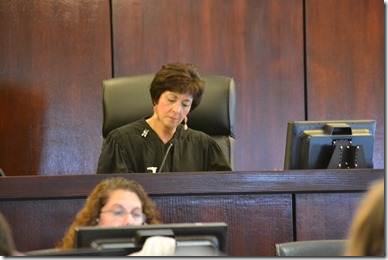 After the disassociation agreement, 49 churches — or about 80% of the diocese’s 30,000 members — voted to remain with the diocese and not with the national church, according to a diocese spokeswoman.

The plaintiffs in the suit want to keep intellectual property and maintain ownership of churches and rectories throughout the eastern portion of S.C. along with the St. Christopher Camp and Conference Center on Seabrook Island.

Charleston churches on the line include St. Michael’s on Broad Street, St. Philip’s on Church Street, the Cathedral of St. Luke and St. Paul on Coming Street, Holy Trinity on Folly Road, Old St. Andrew’s on Ashley River Road and others. Holy Cross on Daniel Island, Christ Church in Mount Pleasant, The Church of the Resurrection in North Charleston and St. Paul’s in Summerville are also listed as Diocese of South Carolina properties, among others.

The Rev. Jim Lewis, canon to the ordinary for the Diocese of South Carolina, said an insurance analysis valued all facilities on the properties at more than $500 million. The estimate doesn’t include the value of the land. He said the buildings were constructed, paid for, maintained and expanded by the Diocese of South Carolina, not the national church.

“We want to protect these properties from a blatant land grab,” Lewis said.

On the first day of trial, Lewis testified along with Diocesan Chancellor Wade H. Logan III.

Logan told Judge Diane Schafer Goodstein, who will rule on the matter since no jury is present, that the national church has no voice or voting power in the governance of the diocese when it comes to electing a chancellor, picking a bishop or holding annual conventions. He also said salaries for diocese officials have been paid for by the diocese and not the national church.

Logan added that the diocese, which was established in 1785 and is now made up of more than 70 parishes, was incorporated in 1973 and adopted its current legal name in 1987.

One of the many plaintiff attorneys, Alan Runyan, said the diocese was established first and provided historic documents to Goodstein, who examined them with protective gloves. Runyan said the documents, which had been donated to the S.C. Historical Society, showed that the Episcopal Diocese of South Carolina existed in 1785 and that several dioceses, including the local one, together formed the national church in 1789.

Lewis testified on Tuesday that The Episcopal Church hijacked the diocese’s identity last year by sending out an email and creating a website using the diocese’s seal to call a convention to elect a new bishop. Lewis said he sent an email within minutes to the convention’s clergy and delegates to explain that the other email was sent under false pretenses. A convention was held and official votes took place, but local diocese officials do not recognize any of the business that occurred.

Wednesday morning, the plaintiffs called a third witness to the stand, Robert Kunes, a trustee and treasurer of the diocese. He said that the national church has no voice, governance or veto power with respect to the properties the diocese’s trustees manage.

Iris Langston Hodge, a 72-year-old member of All Saints Protestant Episcopal Church in Florence, was introduced as the plaintiffs’ fourth witness during the early afternoon. She was questioned about her church’s name. Hodge, junior warden for All Saints, said since 2012 — when the church disassociated from the national church — All Saints has not used the name The Episcopal Church or its seal and has not given permission to the national church to use the diocese’s likeness.

The trial is expected to continue Thursday at the Dorchester County Courthouse.