The Beach Co. and its owners donate $1M to Emanuel Nine Memorial 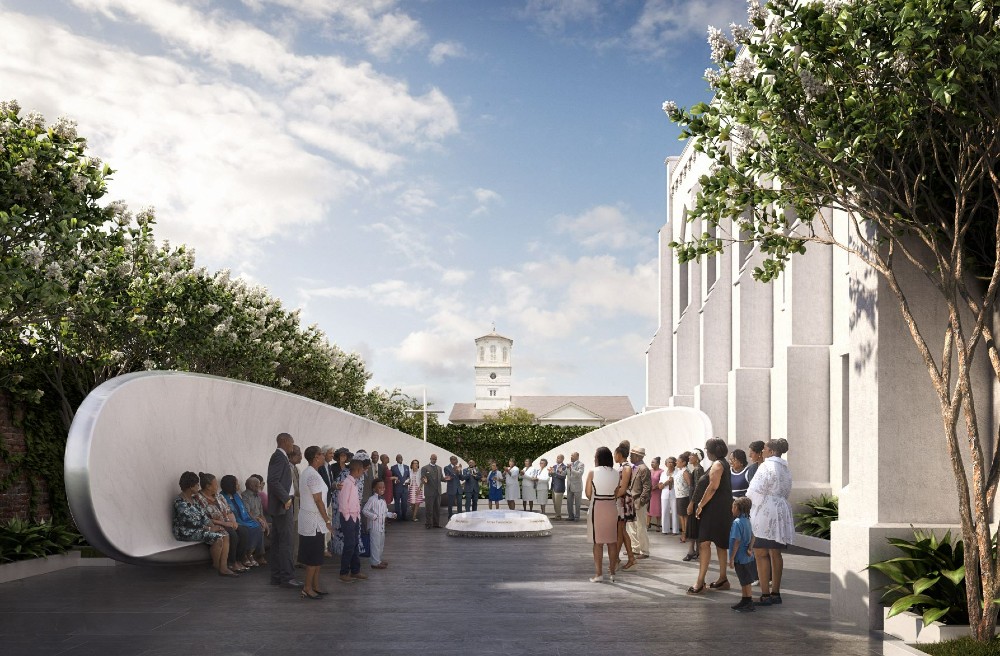 The Beach Co., along with its owners, the Darby and Way families, have pledged $1 million to the Emanuel Nine Memorial.

The Mother Emanuel Memorial Foundation Board, which manages the fundraising, construction, endowment and outreach for the memorial, made the announcement today.

The Darby and Way families have been connected to the AME community for decades, according to a news release. After the 2015 shootings by a self-described white supremacist, The Beach Co. contacted church leaders to offer support, the news release said. Mother Emanuel AME Church is just a few blocks from the company’s headquarters in Charleston. The outreach led to the creation of a permanent memorial, which served as a catalyst for the creation of the Mother Emanuel Memorial Foundation and the foundation’s board of directors with John Darby, The Beach Co.’s president and CEO, serving as co-chair of the foundation, the release said.

“With the racial divide and violence in our country, the memorial offers a place for peace, prayer and unity for everyone,” Darby said in the release. “The memorial design team put forth a tremendous effort to ensure the design of the memorial would honor the survivors, the nine souls who are no longer with us, the church and the city of Charleston.”

“In the seven years since the tragedy, Darby and team members at The Beach Co. have dedicated countless hours and resources, both personally and on behalf of the company, to create a memorial that speaks to the journey of forgiveness, justice and triumph of love over hate,” the news release said.

The Emanuel Nine Memorial honors the nine victims and five survivors of the June 17, 2015, tragedy, one of the most highly visible racially motivated mass murders in recent American history. The memorial will be located on the grounds of the Mother Emanuel AME Church and will feature a courtyard with two fellowship benches, facing each other with high backs that arc up and around like sheltering wings. At the center of the courtyard, the curves of the benches will encircle a marble fountain where the names of the Emanuel Nine are carved around the fountain’s edge. Water will emanate from a cross-shaped source, filling the basin, spilling over the names of the nine lives lost. The opening between the benches toward the back of the courtyard will reveal a cross above a simple altar, providing visitors a quiet place to linger in thought and prayer.

The memorial also will include a survivors’ garden, which will be accessed by a pathway from the courtyard. Dedicated to life and resiliency, the garden will be surrounded by six stone benches and five trees, symbolizing the five survivors — the sixth signifying that the church also is a survivor.

Construction for the Emanuel Nine Memorial is expected to break ground early 2023.

“I am truly thankful for the support and commitment that the Darby/Way families and The Beach Co. have shown over the years, the Rev. Eric S.C. Manning, pastor for the Mother Emanuel AME Church and co-chair of the Mother Emanuel Memorial Foundation, said in the news release. “I am humbled and thankful for the recent financial contribution of a million dollars to the Mother Emanuel Memorial foundation. Their contribution will ensure that the memory of the Emanuel Nine will never be forgotten, the resilience and strength of the survivors will continue to be celebrated, and the messages of forgiveness, love and grace will draw all people together.

With a fundraising goal of $20 million to design and build the Emanuel Nine Memorial, and additional donations needed for maintenance and outreach programs, the Mother Emanuel Memorial Foundation relies on individual and corporate contributions, which can be made online.

“We have raised over $14 million so far,” Darby said in the release. “I encourage South Carolina businesses to join us in reaching the $20 million milestone for this important memorial.”