Helping Out highlights some of the many charitable events and activities going on in the Charleston area. ATTENTION: Submissions should now be made using our online form.

The Charleston RiverDogs are set to host their annual Charlie Claus Movie Night, with a screening of The Muppet Christmas Carol, from 2 to 5 p.m. Saturday. Donations will be accepted to benefit the Salvation Army Angel Tree.

People who bring new, unopened toys to donate will receive free admission to the event. Tickets to the event are $5 otherwise, while kids age 3 and younger and members of the Medical University of South Carolina Children’s Health Kids Club get in free.

Anyone who donates an unopened toy before Saturday will receive free admission and a family four-pack of RiverDogs tickets. 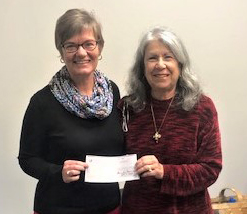 The Berkeley Electric Trust has awarded a $5,000 grant to Halos. The grant will be used for the nonprofit’s parenting programs for kinship caregivers, which help address social, emotional and behavioral problems children often face after leaving abusive homes.

Charleston Promise Neighborhood has moved to a new office in Suite 300 at 1834 Summerville Ave. in the Charleston Neck area. The nonprofit is hosting a Holiday Open House from 3 to 7 p.m. Tuesday.

Dee Norton Child Advocacy Center has reached its $5.2 million goal for Above and Beyond: The Campaign to Help Children Soar.

The campaign has funded the construction of a second full-service center and is funding the current renovation and expansion of the center’s original location in downtown Charleston.

Pedals 4 Peanuts, a nonprofit that provides resources to give children their first bike, partnered with Boeing for the organization’s annual bike assembly on Tuesday.

Volunteers assemble 350 bikes at Boeing, building at 5300 International Blvd. in North Charleston. Of those bikes, 200 will be given to Toys for Tots and the other 150 will be distributed to other local charities.