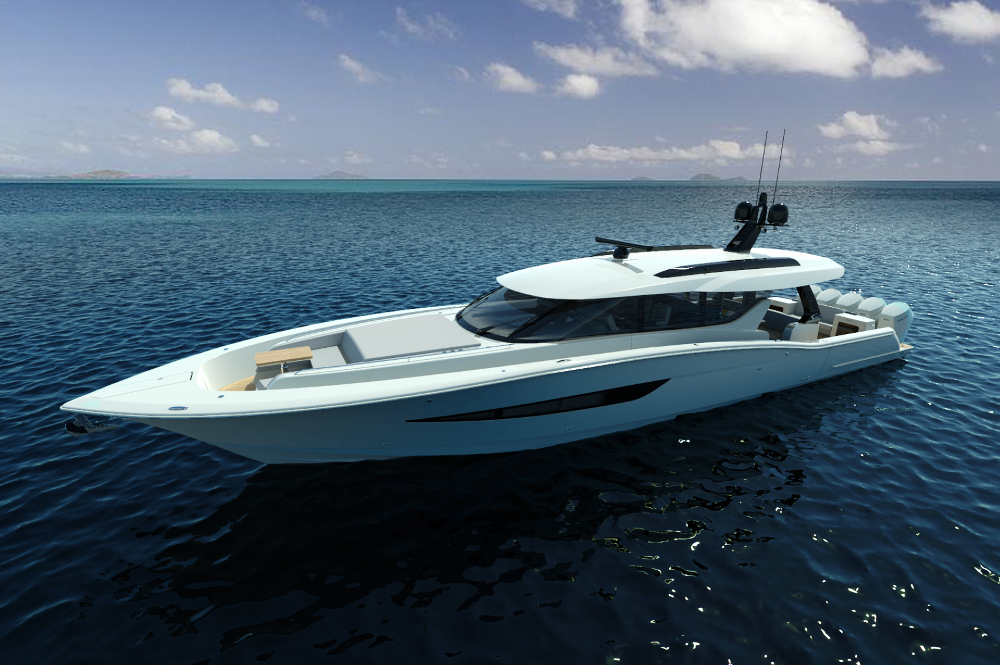 A Summerville boat maker plans to unveil its premier yacht model at a boat show in Miami next month.

Scout Boats Inc. said in a news release the company will debut the new 67-LX series yacht at the Discover Boating Miami International Boat Show Feb. 15-19. The price of the yacht will start at around $5 million, a company spokesman said.

Alongside the largest boatbuilding endeavor the company has ever undertaken, Scout is also on target to hire 200 high-paid skilled labor jobs with benefits. A $4.5 million plant expansion also is underway, the news release said.

The 67 LX Series, which the company says is one of the largest outboard-powered sportfishing yachts in the world, will encompass three models: the LXF Luxury Fish Model, LXS Luxury Cruiser Model and LXS Luxury Sport Model. All three are powered with five Mercury V-12 600-horsepower engines with a top speed of 60 miles per hour, a high-cruise speed of 40 miles per hour and a range of about 500 miles, the company said in the news release.

“We want to continue to raise the industry bar for class, comfort and style,” Scout CEO and founder Steve Potts said in the news release. “Our dedicated team of designers and engineers, coupled with our partnership on this project with world-renown U.K.-based super yacht design studio Harrison Eidsgaard will no doubt prove this 67-foot project to be one for the ages.”

Scout’s current flagship model is the 530 LXF. The three new 670 LX Series models will outstretch the 530 by 14 feet in length, plus more amenities, the news release said.

The 670 LX Series project — which has been internally referred to by Scout as “Project Everest” — began inception in 2021. The first 670 LXF model is scheduled to complete in the first quarter of 2024 with full production beginning in the second quarter, the release said.

“Our manufacturing processes are part of our innovative edge in the industry,” Potts said in the release. “Our epoxy infusion, carbon fiber/e-glass, Light RTM, 5-axis routers, CAD programs, 3-D printers, and all the other state-of-the-art processes, tools, equipment and training we have invested in making Scout the absolute best boat in its class with a Class A finish and the best strength-to-weight ratio. We’ve even developed our own in-house boiler system to post cure (heat) all our epoxy composite parts prior to de-molding, ensuring a consistent and thorough cure.”

Scout will add an additional 35,000square-foot plant to its existing four boatbuilding plants on a 36-acre campus, which already has 80,000 square feet of building space. The new construction project is expected to complete by summer 2024.

“Over the years, we’ve continually invested in our company and our dedicated team,” Potts said in the release. “We’ve created one of the most sought-after work environments in the state by our culture and our family-driven philosophies. We currently employ 425 world-class craftsmen and craftswomen, who utilize our 5S culture, the latest in composite methodologies, and supportive processes to collectively help produce the most incredible models on the water today for our customers.”