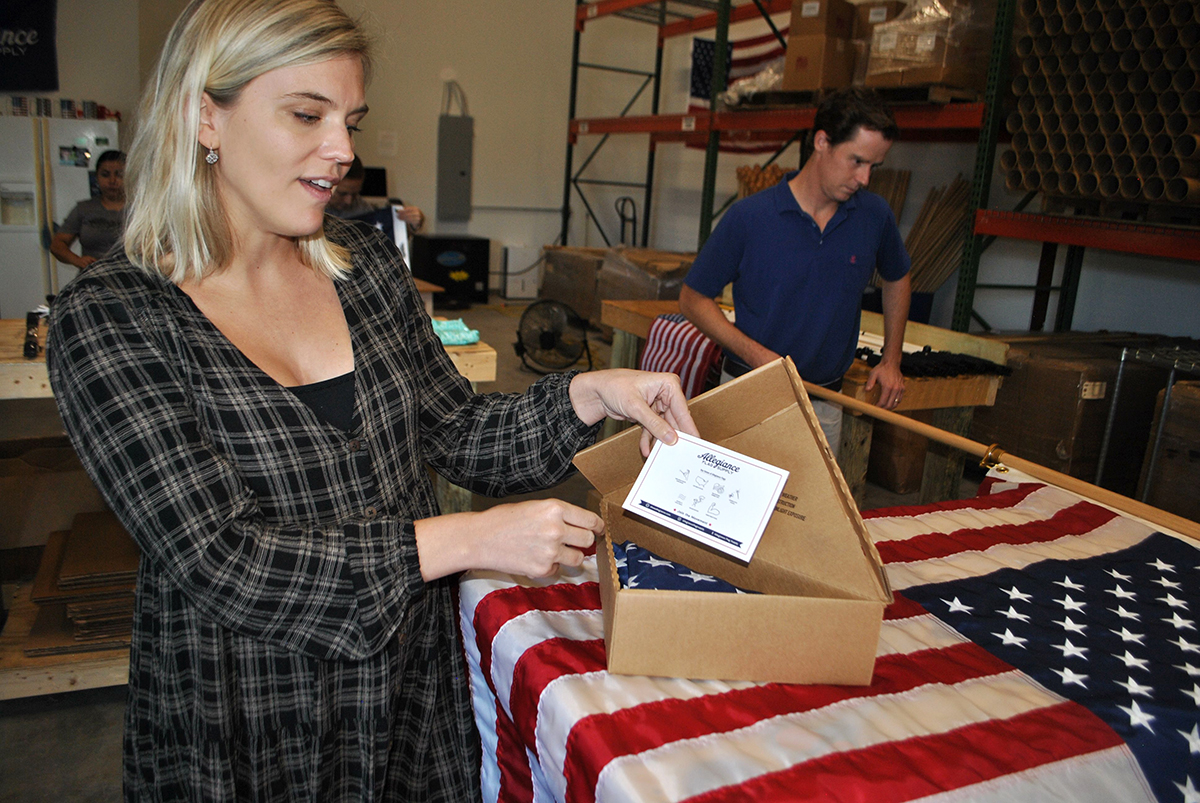 A North Charleston startup that designs, manufactures and fulfills orders for American flags made fully in America plans to expand its operations, adding more than two dozen new jobs.

Wes Lyon, Katie Lyon and Max Berry launched Allegiance Flag Supply in 2018 after discovering most American flags were made offshore with low-quality materials that didn’t last.

Orders for the company’s American-made products, including the sourcing of all  materials, thread, wooden poles and cast iron brackets, and brass spinners, surged during the last few years.

The $1.2 million expansion will add 25 jobs, the company said, but furthermore it will combine operations into a sewing shop and distribution center. Allegiance Flag Supply, which is located at 4213 Scott St., previously used hand-sewn crafters from a nearby state.

“Every stitch, every hem and every thread in our American flags are proudly made right here in Charleston, S.C.,” Co-founder Katie Lyon said in a statement.

Gov. Henry McMaster’s office congratulated the company on their expansion, and Commerce Secretary Harry Lightsey said the expansion indicate’s the value of a local labor force.

“Allegiance Flag Supply’s growth is a testament to our state’s skilled labor force and business-friendly environment. We take pride in the fact that these high-quality flags are made right here in S.C.,” Lightsey said.