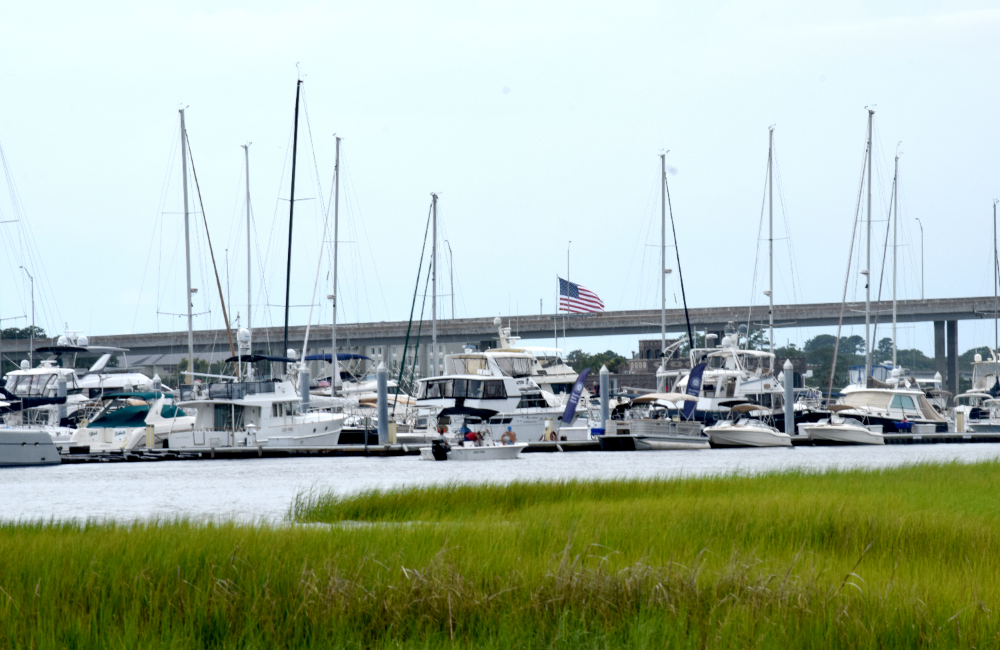 With the pandemic forcing people to find isolating, outdoor activities, boat sales have skyrocketed over the last year across South Carolina.

Sportsman Boats in Summerville is producing nearly 400% more units compared to pre-pandemic levels, and the manufacturer is still struggling to keep up with soaring demand.

“With COVID, everyone could safely be on the water, be with their family, be outside,” said Katie Barrow, the company’s marketing coordinator. “Boat sales exploded… It’s been shocking.”

Just a few years ago, the company could complete two boats a day and keep up with orders. Now they’re up to eight, and sales haven’t stopped.

The accelerated interest in outdoor activities combined with labor and supply chain shortages and shipping delays over the last year have pushed South Carolina’s $5 billion boating industry to its brink. Manufacturers can’t keep up with staggering spikes in demand, and companies have even begun trading supplies with one another to help get product out the door.

When parts of Texas froze over in February, the cold crippled one of the country’s largest resin resources — a critical element to building boats. Barrow said Sportsman, which manufactures center-console family fishing boats, called competing companies to trade excess resin for foam, engines and other urgently needed items.

“Any item on a boat, there’s been a shortage of this year,” she said.

Falcon Bass Boats in Newberry, even with a niche market as a two-seater fishing boat, has shared a similar experience.

“The reality is the boat industry, we’re good people. We like each other, we get along with each other,” said Falcon’s director of marketing Lisa Waller. “So yes, we make those phone calls to share the things that we have in order to help everyone to get boats out the door.”

Like every other industry, Sportsman and Falcon had no idea what to expect when the country shut down in March. Both companies kept on employees with pay while they waited, and Sportsman has since been desperately hiring to keep up. 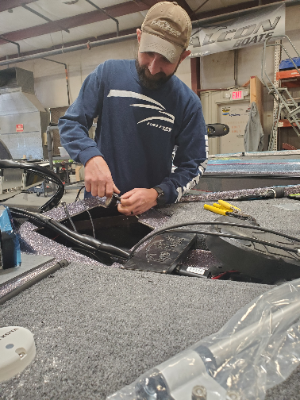 Falcon Bass Boats recorded all-time high sales for most of the pandemic. While completed boats have trended slightly downward recently with supply chain issues, Waller said sales are still there, and the company’s experiencing record orders.

“Supply chain issues have been huge, huge barriers and disruptions for us,” Waller said. “If we had every access to everything we needed when we needed it, we would definitely be far, far ahead of where we were last year.”

On average, a Falcon boat takes nine days to build from start to finish, with the company sending five-to-six out the door a week. But time and again, near-complete boats have been sitting, waiting for UPS and FedEx to deliver final pieces, she said.

Lee Falls, a sales professional at Palmetto Boat Sales in Charleston, said in his 20 years in the business, he’s never seen a demand for boats this high with people coming in every single day ready to buy something.

“Anything having to do with the outdoors, there’s a high demand for it now,” Long said. “It’s not just boats. Trucks, RVs, motorcycles, jet skis, ATV, everything, anything that’s got to do with outside, everybody’s in short supply of.”

Prior to March 2020, new boat orders took between eight and 12 weeks to fulfill, Falls said, but he feels six months is a more reasonable timeframe these days. Looking ahead, if people want to purchase a boat for next spring, he and Long suggest placing orders now.

“Right now, if you ordered a boat, if it was a sold boat, it would get here in late November, early December,” Long said. “Motors are anywhere from four months to a year depending on the brand and horsepower you’re looking at. Even boat trailers are two months out.” 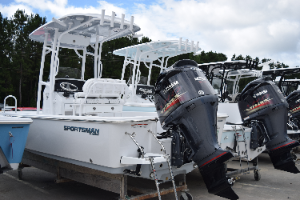 Already, Sportsman and Falcon products are spoken for as soon as they hit the dealership, if not sooner.

In typical times, every boat the companies plan to manufacture is claimed as a slot for a dealer to sell at a later point. In these demanding times, Barrow and Waller said slots have been bought before the boat is even built, making almost every product a custom order right now.

Waller recently posted an unfinished Falcon boat on Instagram and received dozens of dings that day asking if the vessel was available for purchase and where.

“The boat was in production and hadn’t even left Falcon, and already people were clamoring for it,” she said.

Barrow foresees this trend continuing for the next year at least.

The National Marine Manufacturers Association reports the Palmetto State already has more than half a million registered boats and ranks seventh in the U.S. in boat ownership, with one in 10 South Carolinians owning a boat.

“I think an interesting part of COVID was people realizing what’s important to them, so because our boats are built for families, that trend is going to stay strong,” Barrow said.

The family fishing boat manufacturer opened in 2011, sold its first boat in 2012 and established its Summerville manufacturing facility in 2013.

The company has since grown to 350 employees, with 300 workers in the warehouse and more still needed.

Owner Tommy Hancock, one of the original founders of Sea Pro Boats Inc., created a business model to build everything possible in-house, including pouring molds and upholstering seats. Sportsman then brings in items like mirrors, grab bars, Yamaha engines and electronics, like Garmin navigation systems.

The boat manufacturer’s own trucks and employees deliver the boats to more than 50 dealers up and down the East Coast, in Texas, Maine, Michigan and even Australia — all of which are also struggling with low inventory.

Long said he’s doing the best he can to move boats out of the Long Marine lot, but the lack of workers only makes it that much harder.

With the record sales and people using their boats more in 2020 and 2021 than they had in years, Long said there’s an increase in service work that needs to be done — and less crew to do the work.

“A lot of it has to do with the stimulus checks, where people could just sit at home and make more money, as much as they could working. That’s the big issue,” Long said.

As a member of the S.C. Boating & Fishing Alliance, Waller is heading up the workforce development sector and said the labor shortage is a huge focus. Not only is the challenge in finding workers, but in finding skilled workers who can use small tools, have worked with lamination or resin, or have other transferrable skills.

Barrow sees the ability to hire as an opportunity for Sportsman, when so many other companies have had to lay off employees. She, too, shifted into Sportsman mid-pandemic, coming from the education sector with a welding background.

“It was just very scary to watch an uncertain time where people worried they might get laid off, they might not find another job,” she said. “And then for this company to say ‘We’re hiring. Please come apply here,’ it was really neat. I mean, it saved me. It’s just such an opportunity to be a company who is able to offer more jobs for the Charleston area.”

Molly Hulsey contributed to this report.