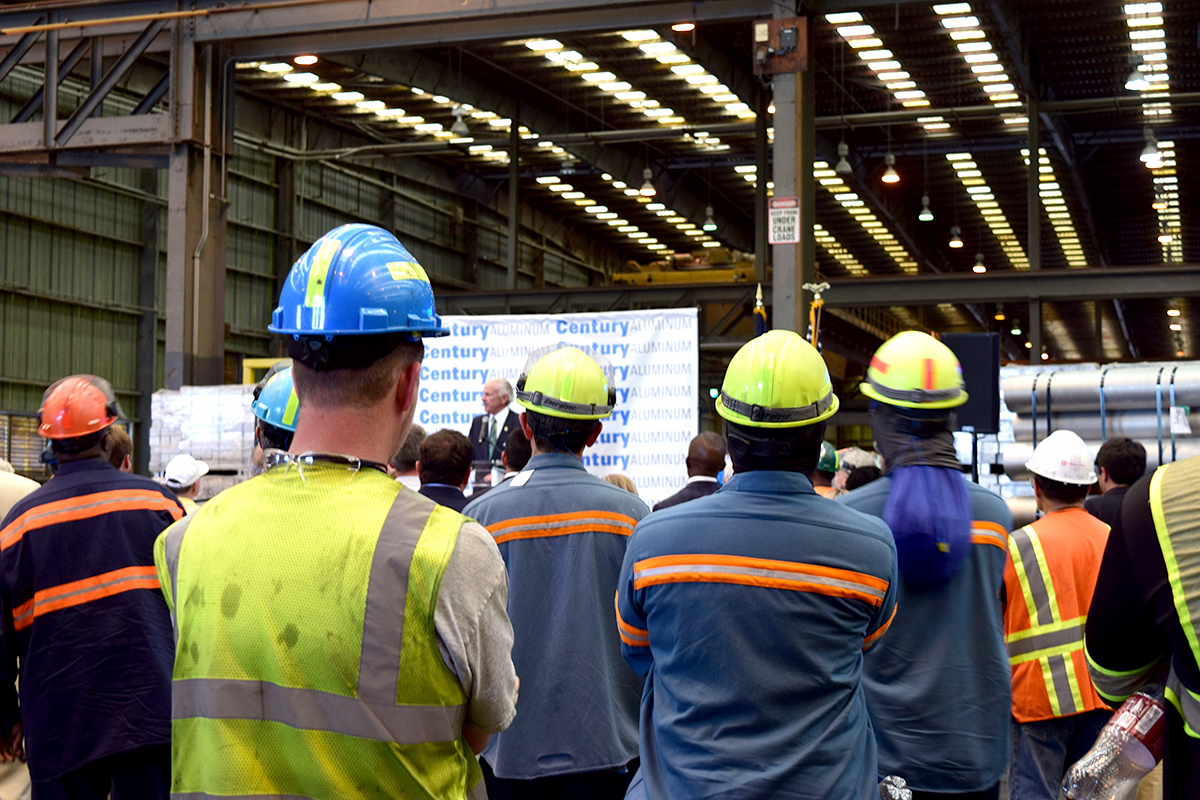 Six months ago, Century Aluminum sounded the alarms it might have to close its remaining Mt. Holly operations amid a literal power struggle with Santee Cooper.

Yesterday, the aluminum producer’s message was an optimistic contrast: Century Aluminum is expanding its Berkeley County operations with a $60 million investment expected to create 100 jobs in the next few years.

“Century Aluminum’s Mt. Holly plant has long served as a unique economic driver for Berkeley County and their success is a win for South Carolina,” McMaster said. “I congratulate Century Aluminum and all who have worked so hard to make this day a reality.”

In April, Century Aluminum and Santee Cooper came to a three-year power agreement to allow the aluminum producer to purchase power at a fixed price moving forward. The company said the resulted savings allows Century to restart another 25% of its plant after closing half and letting go of 300 employees in 2019.

Gary, who will be taking over for Bless when the former CEO steps down July 1, thanked McMaster and Secretary of Commerce Bobby Hitt for leadership that led to Century Aluminum increasing production capacity at Mt. Holly.

“At the Century Aluminum Mt. Holly smelter, the aluminum we product every day is key input for many sectors of the economy, including automotive, electrical, construction and aerospace industries as well as our military,” Gary said.

Having a company like Century Aluminum expand in the area only serves to strengthen the state’s manufacturing sector, Hitt said.

“The company’s decision to expand in South Carolina shows that our state’s advantageous economic environment and talented workforce not only attract business, but also help them to grow,” Hitt said in a statement.

The Century Aluminum Mt. Holly expansion is expected to be complete in 2021.