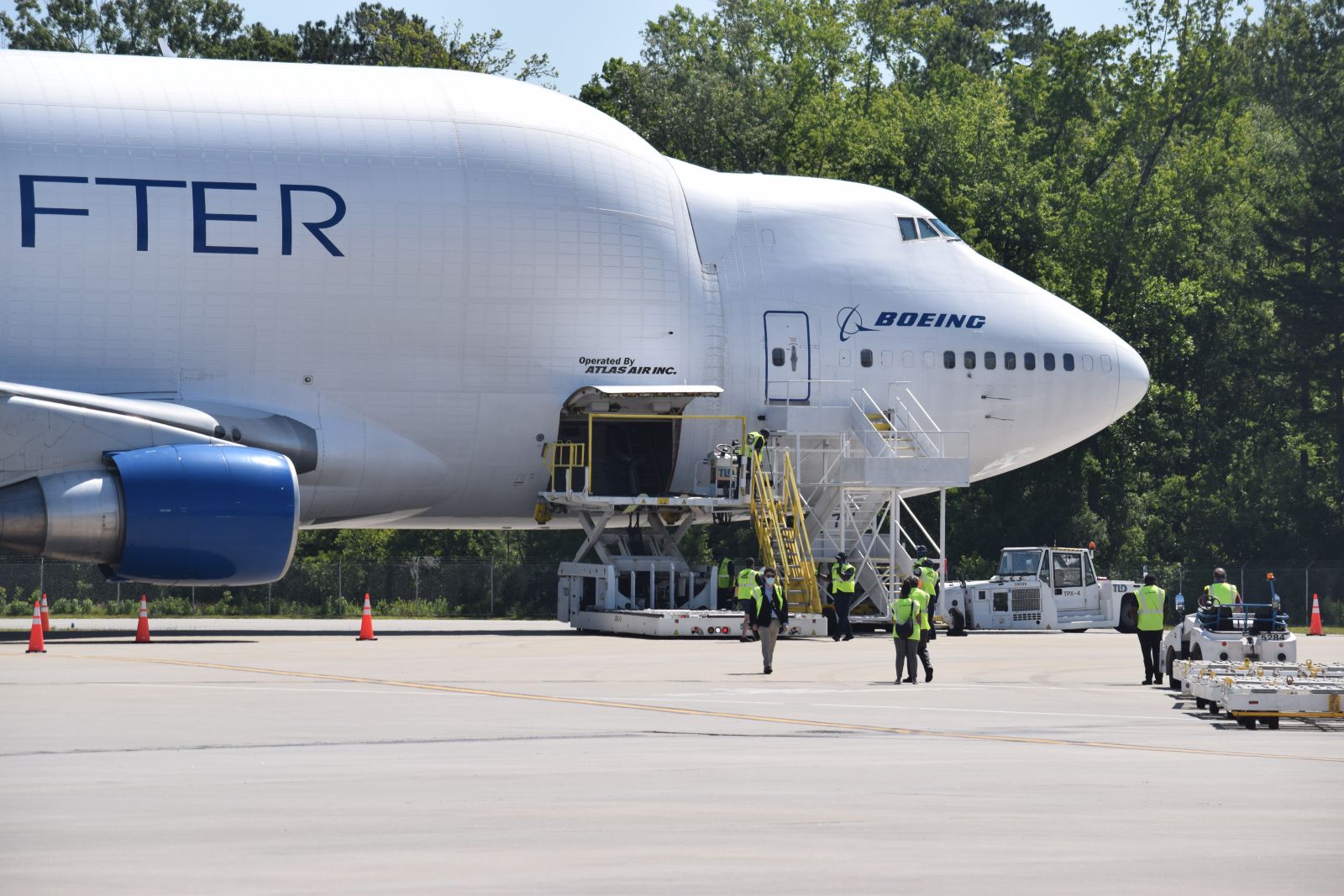 Marlon Kimpson believes when the coronavirus has passed, part of the story to be told will be about South Carolina’s resilience and citizens banding together.

A prime example of that, the Democratic state senator from Charleston said, is Tuesday’s delivery of 150,000 face shields and eye goggles from China to the Medical University of South Carolina, facilitated by Boeing. 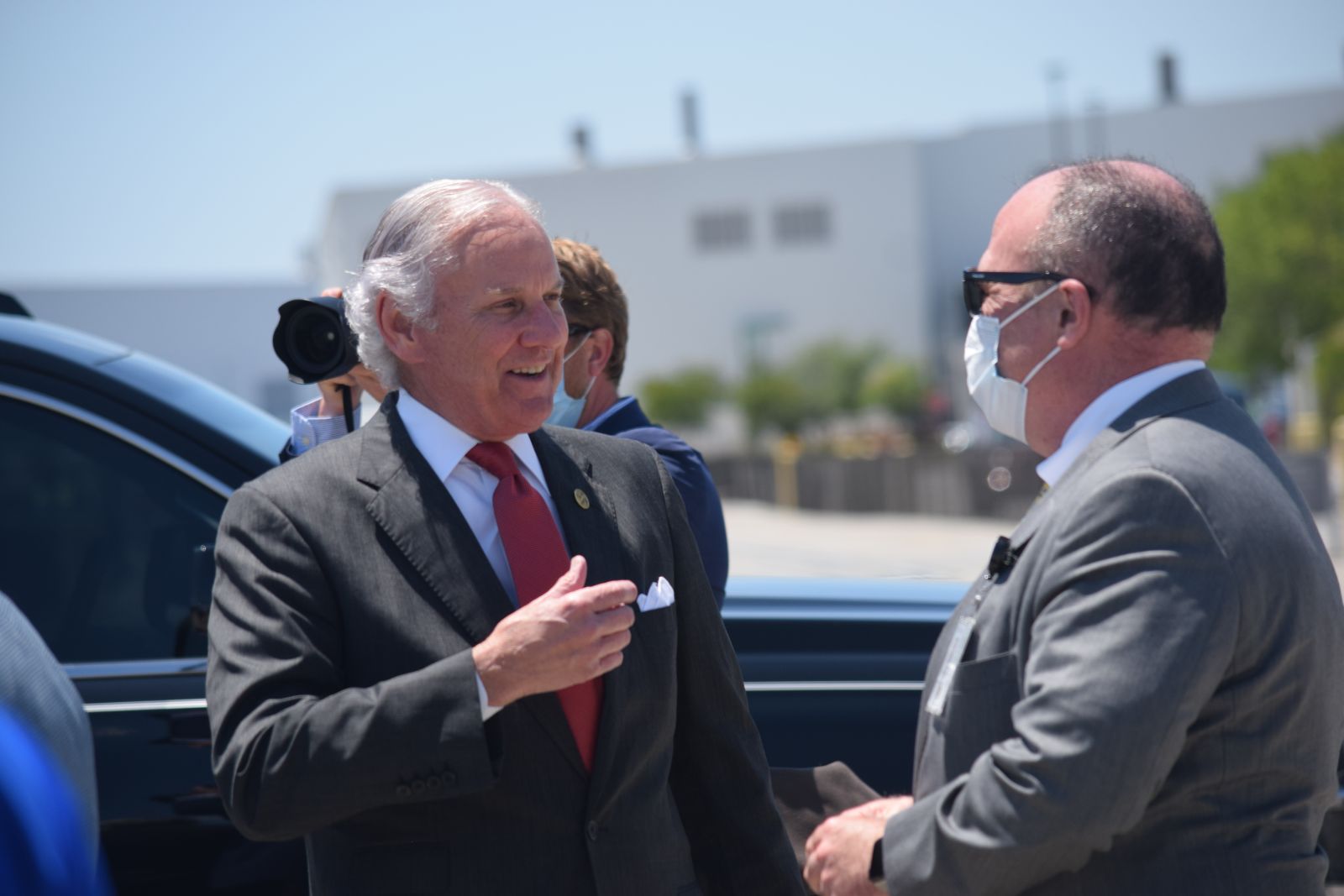 “Today’s delivery is just another example of how the people of South Carolina ... stepped up when faced with adversity,” Kimpson said.

Three Boeing Dreamlifters, which are 747-400 jumbo jets converted to large cargo freighters, were used to transport the medical supplies. The supplies were held in the lower section of the planes while 787 component parts were flown in the main deck cargo hold.

The flights were operated by Atlas Air.

“Boeing and MUSC have a longstanding partnership, and today's delivery is yet another example of two great South Carolina institutions coming together in support of our local community,” said Dr. David Cole, president of MUSC.

This was the first time three Dreamlifters were lined up in one location, Boeing President and CEO David Calhoun said in his first public appearance as CEO at the South Carolina plant.

“Today’s delivery puts essential personal protective equipment in the hands of South Carolina's frontline health care professionals and helps MUSC further support the community during the COVID-19 pandemic,” Calhoun said. “I am incredibly proud of our Boeing team members throughout the world for their work to help stop the spread of COVID-19 and thankful for our government and industry partners that have joined us in the pandemic response.” 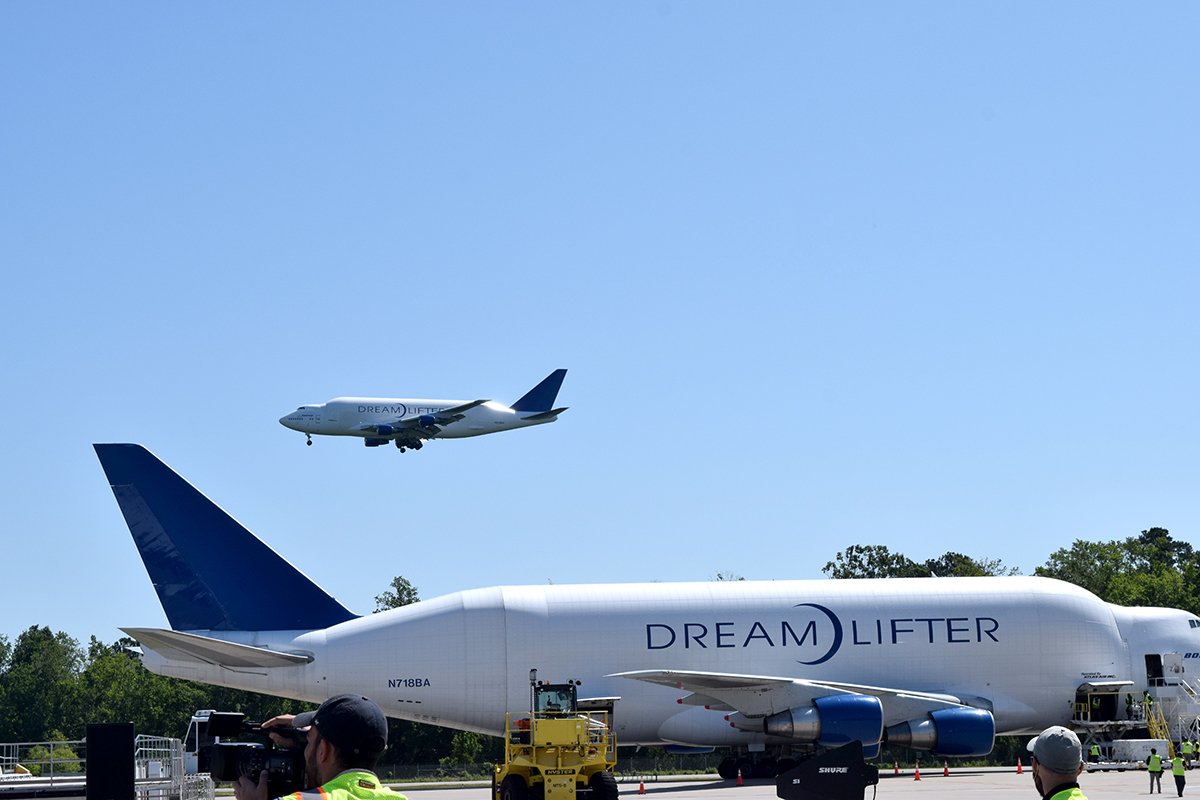 Scott said it’s easy to write a check, as Boeing has sometimes done to support MUSC, but what’s more important is what a company does with the resources it has.

Both MUSC and Boeing, he said, have utilized their resources to the fullest extent.

“Protecting our frontline health care workers, who put their lives on the line every single day, is absolutely essential, and this will help MUSC do exactly that,” Scott said.

Cawley said six weeks ago, MUSC was concerned about having enough personal protective equipment at its own hospitals, but the coronavirus has been contained at most of its hospitals. The only hospital that has seen a major outbreak is Florence Medical Center.

Now, Cawley said, MUSC is shifting some of its efforts to a statewide mobile testing initiative in rural, underserved and at-risk areas.

The personal protective equipment delivered Monday should last MUSC for the next few months, Cawley said.

This is the fourth transport mission that Boeing has undertaken because of COVID-19 and the second in South Carolina. The company delivered 1.5 million masks to Prisma Health late last month, with 100,000 donated to MUSC.