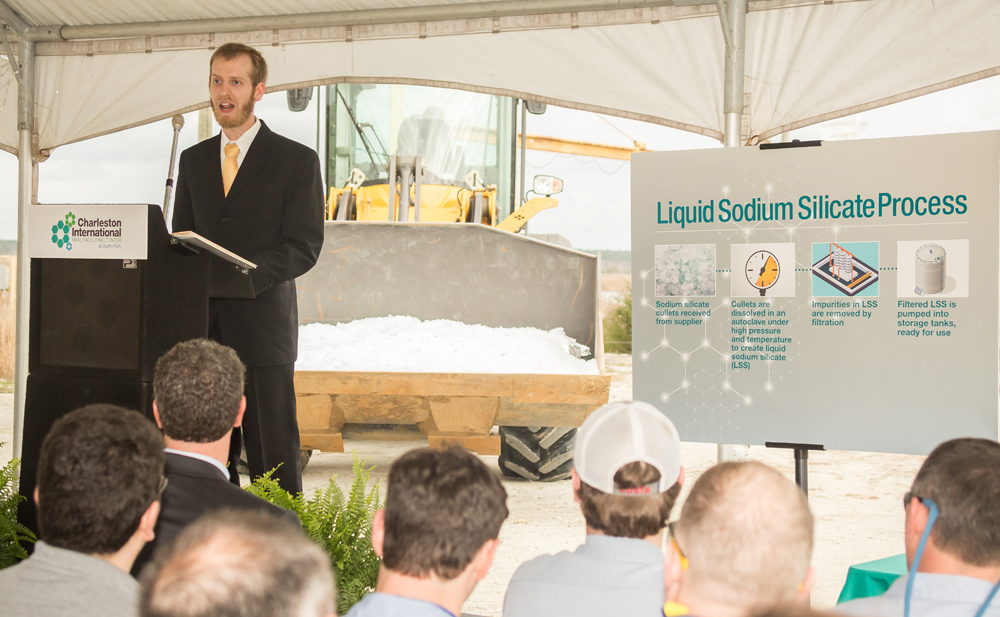 The first liquid sodium silicate production facility in South Carolina will open in Berkeley County in the summer, bringing the raw material closer to advanced manufacturers that use it in their production.

The Charleston International Manufacturing Center plans to invest $20 million to launch the production operation at its industrial park and to hire 11 people to run it. The center is owned and operated by Pacolet Milliken Enterprises subsidiary Cooper River Partners LLC. 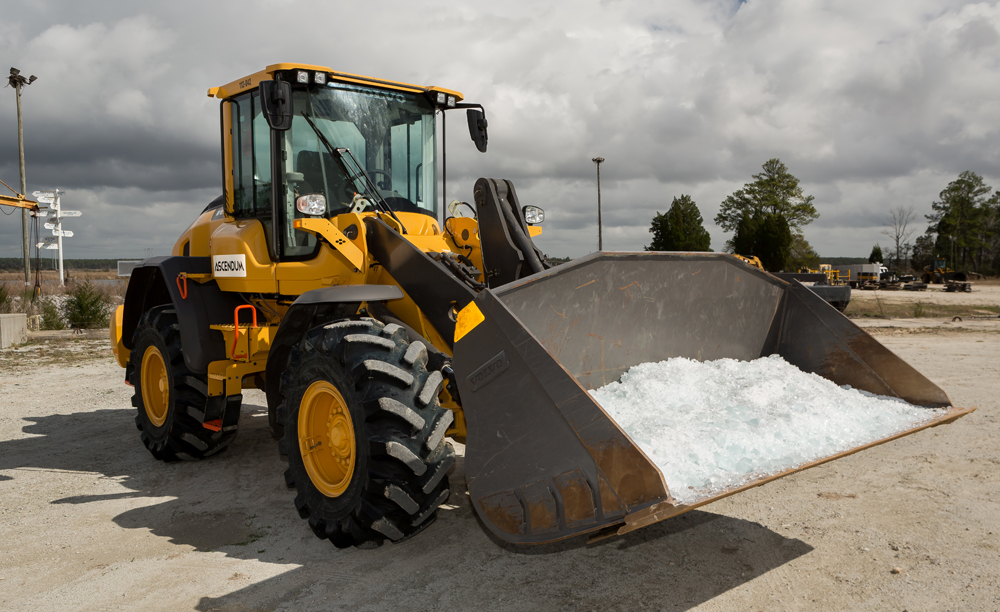 Liquid sodium silicate is used in the production of an array of household goods and automotive parts, such as tires, detergents, toothpaste and adhesive for boxes.

“Liquid sodium silicate is an extremely versatile product,” said Nathan Wingate, who will oversee the new facility. “Not only is it used in everyday applications, it is also a key raw material for several advanced manufacturing processes, including cutting-edge nanotechnology.”

Business leaders gathered Wednesday at the manufacturing center at Bushy Park for a news conference about the plant, which went under construction earlier this year.

The production facility will be built on a few acres of the 1,750-acre manufacturing center at Bushy Park, which is in a mostly rural area outside of Goose Creek along the Cooper River.

One of the manufacturing center’s eight tenants, Evonik, pushed Pacolet Milliken a few years ago to invest in a sodium silicate production facility. Evonik will be the new chemical facility’s launch customer.

Germany-based Evonik is nearing completion of a $120 million plant to manufacture precipitated silica, which the tire industry uses to give its tires wet-grip properties and improved fuel consumption. Precipitated silica is made from liquid sodium silicate. 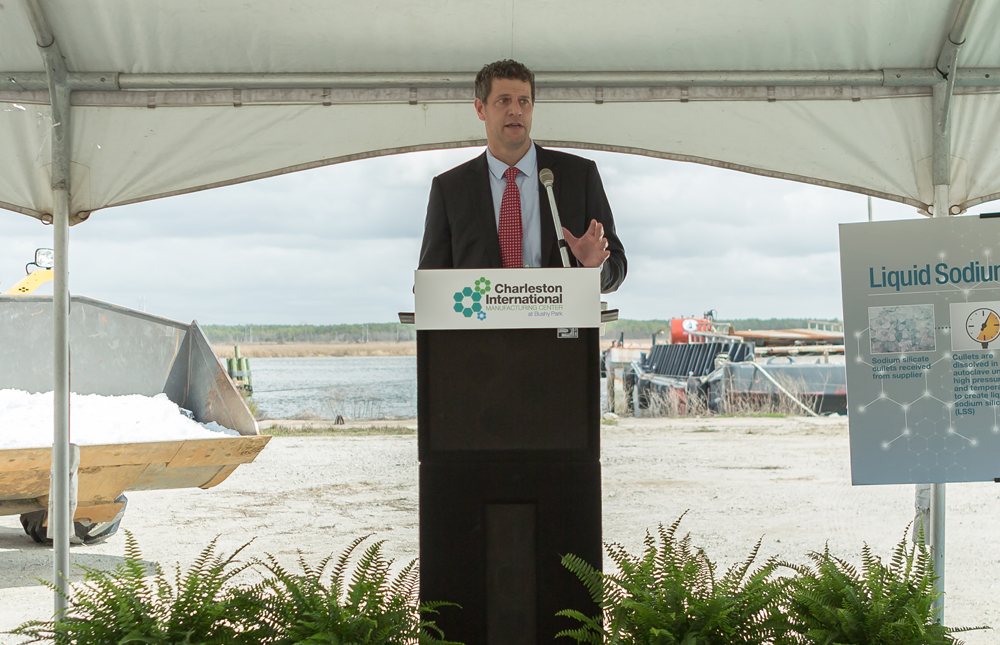 Marc Fetten, president and CEO of the center, said he sees opportunities for the new facility to provide liquid sodium silicate to other chemical companies or advanced manufacturers in the region; many of those conversations are ongoing, he said.

He added that the new processing plant could help attract manufacturers to set up operations in the Lowcountry.

“While liquid sodium silicate may not be a familiar product, it is used in many of the items that are part of our daily lives, and our production of it at CIMC will open the door to attracting new world-class companies to the region,” Fetten said.

The raw material will arrive through the Port of Charleston; negotiations are still underway to determine where it will be sourced from.

It will be transported via barge or rail to an on-site warehouse for storage before production begins. Fetten said those logistics will take about 800 trucks off the road each year.

The facility’s process will involve dissolving the sodium silicate pellets in an autoclave, using high pressure and high temperatures to create liquid sodium silicate, Wingate said. The product will then go through a series of filtration steps before going into a storage tank, ready for customer use.

The Berkeley County facility is set to open this summer, with the first batch made in the third quarter, officials said. New hires will travel to a facility in Taiwan to see a similar operation and undergo training.

The facility will be built with extra capacity to handle future customers.