“We are always pleased when an existing industry expands and creates new jobs,” Davis said. 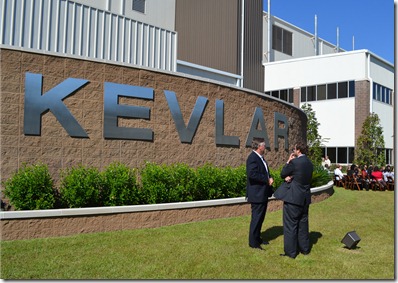 DuPont cut the ribbon at the plant, which is already operating and has made its first customer delivery, this morning. The facility added 140 new jobs to the Charleston-area economy and increases the company’s capacity to produce the high-strength fiber used in ballistics protection technologies.

On hand for the ceremony was a Buffalo MRAP produced by Force Protection Inc. The mine-resistant, armored vehicle, which is used in Iraq and Afghanistan, is the largest vehicle to use Kevlar in its armor plating. 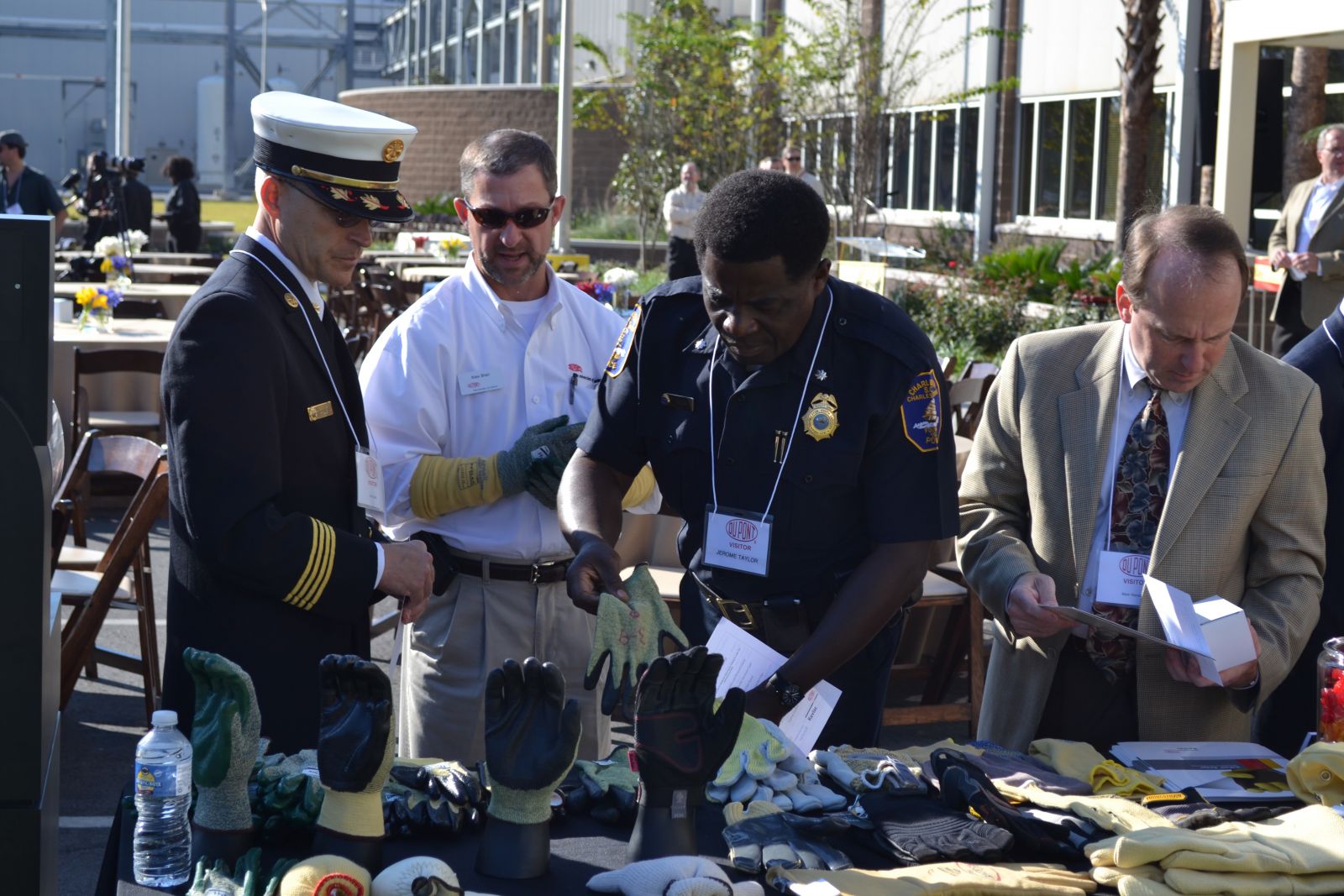 Tom Powell, president of DuPont Protection Technologies, said Kevlar is expanding beyond bulletproof vests and armored vehicles to automotive, tire manufacturing and other areas where the specialized fiber can be useful.

“DuPont is really a company built on innovation,” Powell said.

He said the combination of the Berkeley County site with a $50 million expansion of a Kevlar facility in Richmond, Va., expands the company’s production capacity by 25%, and he expects that to grow to 40% in the near future.

“This is the largest single investment made in Kevlar in the entire 40-year history of the product line,” Powell said. “We see great opportunity for growth of Kevlar. We’re very excited about the opportunity this gives us to serve our customers and help us grow together.”

The plant was announced in 2007, and a groundbreaking at the site along the Cooper River in 2008 put the plant on a fast track. Several states where DuPont has operations had been competing for the plant, but Berkeley County won out.

Powell said that the global economic crisis, which hit soon after the groundbreaking, made the company reassess demand, and DuPont delayed the plant opening by one year.

DuPont Chairwoman and CEO Ellen Kullman said that the company comes into contact with many economic development and site selection efforts across the world and that South Carolina stands out.

“You know, we’ve always viewed the state of South Carolina as a great place to do business,” she said before the ribbon-cutting. “We have had a long-standing business relationship and have always found our interactions with the state have been a win-win.”

Gov. Nikki Haley said the state of South Carolina was ready to step in and help.

“I am now an employee of yours,” Haley said to the DuPont officials, along with customers who flew in for the ceremony. “Whatever you need, whenever you need it, I’m there for you.”