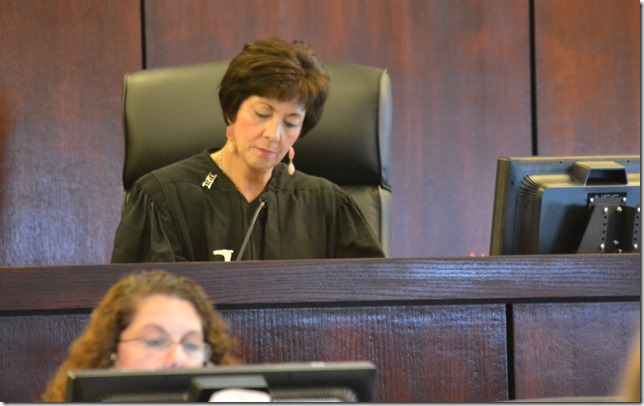 A group of S.C. churches that broke away from the national Episcopal Church won a lawsuit in Dorchester County that allows them to keep more than $500 million worth of property. An appeal is likely, though.

More than a year after the suit was filed, Circuit Judge Diane Schafer Goodstein ruled Tuesday in favor of the Protestant Episcopal Church in the Diocese of South Carolina and nearly 40 parishes. They were looking to keep the national Episcopal Church and the parishes that remained affiliated with it from taking local church properties, some dating back to 1680, as well as using the diocese’s seal and name.

St. Philip’s Church on Church Street and St. Michael’s Church on Broad Street in downtown Charleston were in question, among other properties.

The group left the national church in October 2012 after it tried to remove the Right Rev. Mark Lawrence as bishop. Disagreements about homosexuality and other “moral issues” also divided the church.

The 14-day trial, which took place in July in a St. George courtroom, included 59 witnesses and more than 1,200 pieces of evidence.

Goodstein ruled that all real and personal property of the plaintiffs is titled and held in their names and that none of the deeds reference any trust in favor of the national Episcopal Church, which claimed it was the beneficiary.

“The undisputed evidence is that all the real and personal property at issue was purchased, constructed, maintained and possessed exclusively by the plaintiffs,” Goodstein’s final order (.pdf) said.

The Rev. Jim Lewis, canon to the ordinary for the Diocese of South Carolina, said an insurance analysis valued all facilities on the properties of the breakaway churches at more than $500 million. The estimate doesn’t include the value of the land the properties sit on.

Over the past few years, breakaway church groups in other states have gone to court against the national church over similar property disputes.

“We are grateful that Judge Goodstein’s decision protects South Carolina churches from being added to the long list of properties that the TEC (the national church) seized then either abandoned or sold off,” Lewis said in a statement. “The decision protects our freedom to embrace the faith Anglicans have practiced for hundreds of years — and not the new theology being imposed on the TEC’s (the national church’s) dwindling membership.”

Goodstein also ruled that the breakaway group’s names, service marks, styles, seals and emblems belonged to them, not the national church.

The Right Rev. Charles vonRosenberg, bishop of the Episcopal churches in South Carolina that stayed under the national church’s umbrella, testified during the trial that he and the organization’s steering committee regularly used the name and seal of the diocese in the fall of 2012. He said the church also used the names of the breakaway church’s parishes on its website.

“At least from November 2012 until the fall of 2013, the defendants intentionally used, without permission, and with knowledge of that use, the names, marks and emblems of the plaintiffs,” Goodstein ruled.

She issued a permanent injunction protecting the breakaway group’s names and marks from being used by the national church and affiliates.

Lawrence, who remains the breakaway group’s bishop, said his diocese is open to all.

“It’s about the freedom to practice and proclaim faith in Jesus Chris as it has been handed down to us,” he said in a statement. “We’re ready to move forward and grateful for Judge Goodstein’s handling of the case.”

Charleston-based defense attorney Thomas Tisdale — who is also diocesan chancellor for the Episcopal Church in South Carolina, the group that remained affiliated with the national church — said that Goodstein’s ruling was not unexpected and that the road ahead in the judicial system “is clear to us.”

“We are considering all the issues raised by the court order and plan to recommend to the church to engage the appeal process as appropriate,” Tisdale said in a statement.

VonRosenberg said the ruling represents just one step on a long journey.

“Our biblical heritage tells of journeys experienced by faithful people,” he said. “Those journeys often were difficult and filled with setbacks, but people of faith were called to persevere on the way.”