The energy was palpable in the Gaillard Center ballroom as the S.C. Biotechnology Industry Organization’s new CEO took the stage to kick off the group’s annual conference.

“I told the committee when they interviewed me, ‘I’m probably not your guy, I’m probably going to scare you off,’ ” said Sam Konduros, formerly executive director of Greenville Health System’s Research Development Corp. “Because I love the mission, but the vision’s not big enough for me right now. If we can’t move the needle and really make a difference, I’m not your guy.” 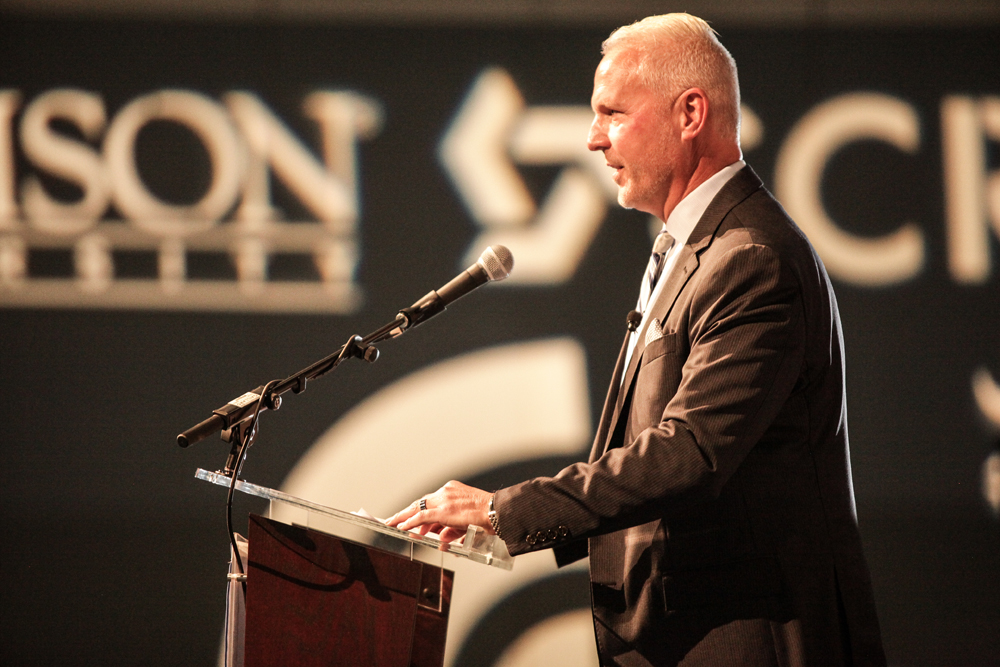 The committee liked Konduros’ ideas, however, and they brought him on in April to lead SCBio, a trade organization that supports and advocates for the Palmetto State’s life sciences sector.

He said one of his main goals is to change things up — he doesn’t want SCBio’s strategy to rehash what’s been done before.

“There has not been a strategic plan, a deliberate economic development strategy around life sciences, and there is one developing now,” Konduros said. “You can count on it.”

An economic analysis by Joseph Von Nessen, a research economist at the University of South Carolina, found the life sciences industry has grown twice as fast as other sectors in South Carolina and has an economic output of approximately $11.4 billion a year. The average salary in the life sciences industry is 95% higher than across all jobs in the state.

“The life science industry is all about what we call the knowledge economy ... (which) is ultimately about innovation and commercialization,” Von Nessen said. “Any industry that focuses on coming up with new ideas and figuring out ways to commercialize that in the marketplace — that’s what the knowledge economy is all about, and that’s really the heart and soul of the life science industry across the country and in South Carolina in particular, and that is what we need to boost long-run productivity.”

Konduros said he wants SCBio to help make South Carolina the nation’s most industry-friendly and innovative life sciences ecosystem, and the organization has been working with the S.C. Department of Commerce to make that happen.

Deputy Commerce Secretary Jennifer Fletcher said the department sees life sciences as a growth sector for the state and wants to encourage innovation in the industry.

“We want you all to work toward your common problems and goals, and by doing that together ... we believe that we will continue to grow the industry sector and bring in new folks as well,” she said.

“We have built the platform and have the assets, all that we need, more than any other state that supports this knowledge-based economy that’s coming,” he said. “Nobody else has what we have. The other states have a lot of good things, but none of them have all that is necessary to provide the platform and the opportunity for the life sciences.”

McMaster said South Carolina has the right mix of communication, collaboration and cooperation that will break down barriers for growth.

Jim Greenwood, president and CEO of the national Biotechnology Innovation Organization in Washington, D.C., said he was encouraged by the S.C. Commerce Department’s and governor’s attendance at the conference; he said other states don’t have that kind of support, which makes it hard for governments to understand the challenges.

“Our innovation is different than almost any other kind of sector, in that if you invent a better mousetrap today, patent it, you can sell it tomorrow,” he said. “So if you patent a molecule that’s going to cure Alzheimer’s disease, you have 12 years and probably $1 billion or $2 billion ahead of you, and all of that time, you have to rely upon investors who are willing to take a risk.”

Tied to that risk, though, is high reward, Greenwood said, if the product is successful.

Konduros said industry growth will come from companies working together, working with the Department of Commerce and spreading the word about South Carolina’s life sciences industry.

“This is a story that’s not known by many, so we depend on all of you to be evangelists of what you’re doing in South Carolina and how we can convey and open opportunities for people around the world for people who want to understand what’s in our pipeline,” he told the conference attendees.

Konduros said he hopes the conference, which will return to Charleston in 2018, has started “powerful dialogue” between people and companies.

“SCBio is the only economic development organization in the state that gets out of bed every day to do nothing but focus on this industry, and I think that’s something that’s needed,” Konduros said.

This story originally appeared in the Nov. 27, 2017, print edition of the Charleston Regional Business Journal.