Viewpoint: Bosses, don’t throw your employees under the bus

See the light in others, and treat them as if that is all you see.
— Wayne Dyer

I read a story about a farm boy who accidentally overturned his wagonload of corn in the road. The farmer who lived nearby came to investigate.
“Hey, Willis,” he called out, “forget your troubles for a spell and come on in and have dinner with us. Then I’ll help you get the wagon up.” 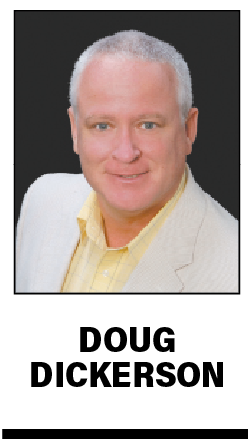 “That’s mighty nice of you,” Willis  answered, “but I don’t think Pa would like me to.”

After a hearty dinner, Willis thanked his host.

“I feel a lot better now, but I just know Pa is going to be really upset.”

“Don’t be foolish!” exclaimed the neighbor. “By the way, where is he?”

“Under the wagon,” replied the boy.

Being under the wagon is not a fun place to find yourself. Sadly, that’s exactly where too many have found themselves as it relates to their boss.

A study reported on in HR Drive says that three out of four people have had a toxic boss. According to a Monster survey they cite, more than one quarter have described their bosses as “power hungry” and looking out only for themselves.

With survey results like this, is it any wonder that many employees feel being thrown under the bus is just part of the culture?

As a leader, how you treat your people speaks volumes about your leadership. While it’s a given that your people don’t want to be thrown under the bus as a result of poor leadership skills, let’s not assume that you understand this.

Here are a few essentials you need to remember going forward.

Your people are the greatest appreciable asset you have

As a leader, you should realize that people are the greatest appreciable assets you have. How you treat them, equip them, empower them, invest in them and serve them reflects on the integrity of your leadership like nothing else will. If you think that I am overstating this, then answer this question: Where would you be without them?

Your people want your loyalty and respect

Loyalty is a two-way street. You can’t rightfully expect your people to extend loyalty to you if it’s not been given by you.

If all your people do is doctor the wounds from the tire prints left by the bus you’ve thrown them under, then don’t expect their loyalty in return.

The respect that you show is the respect you deserve.

Your people don’t care how much you know

Your people don’t care so much about the facts and figures in your head; they want to know what’s in your heart.

Your people are invested in what they help create

More than anything else, your people want to know that they are a part of something greater than themselves. They want to be on a team with like-minded people and know that they are valued. This leadership mindset begins with relationships and is sustained by trust.

In short, your people don’t want to be thrown under the bus by an insecure, ego-driven leader. They want to be on the bus — in the driver’s seat, delivering excellence every day.

Don’t be an obstacle to the progress that could be yours. Your people are more valuable as contributors on the bus, not when they are being dragged beneath it.

Doug Dickerson is a nationally recognized leadership speaker and writer. Contact him by email at managementmoment@gmail.com. He is the author of the book Great Leaders Wanted!