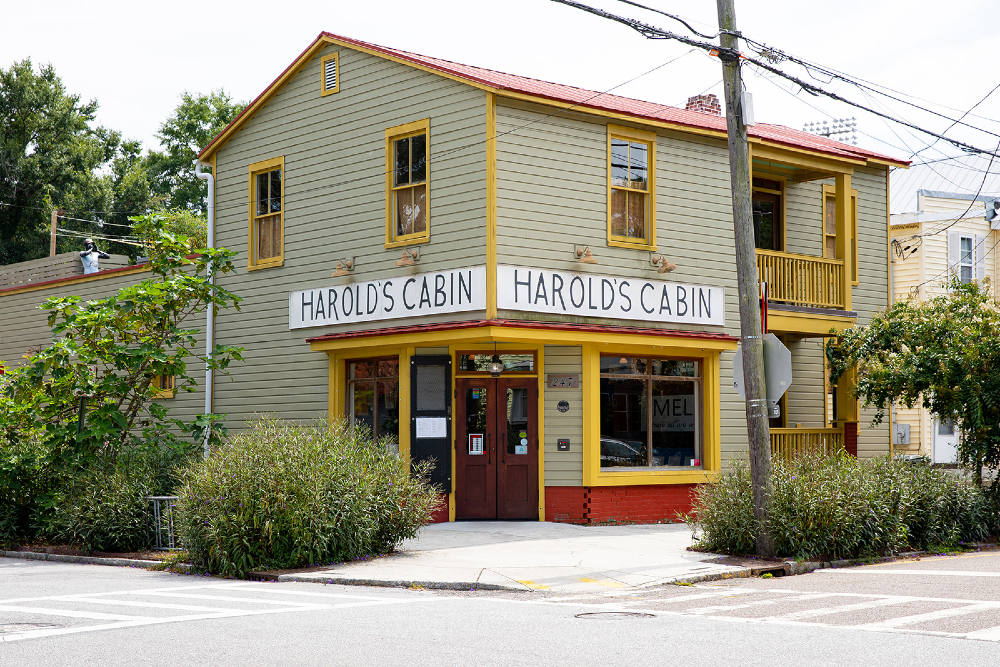 The Pickled Beat, which opened today, Jan. 17, is a speakeasy-esque lounge area featuring moody tones, a reimagined floor plan, updated food and beverage menus and more, according to a Harold’s Cabin news release.

“We were inspired by our guests who made 2022 such a memorable year to create an intimate escape from the hustle and bustle of downtown Charleston,” John Schumacher, owner of Harold’s Cabin, said in the release. “It is our hope that the Pickled Beat will follow in the Cabin’s footsteps.”

A new food and beverage program will also be ushered in with the opening of the Pickled Beat, according to the release. Continuing the emphasis Harold’s Cabin has placed on locally sourced ingredients, executive chef Taylor Hodgkins and bar manager Michael DeNicola have focused on highlighting innovative craft cocktails and shared plates exclusive to the lounge which include seasonally rotating beet-inspired creations. Signature dishes and cocktails include Pickled Beet Carpaccio, a small plate featuring pickled and marinated beets, mushroom tonnato, and herb salad and Beetle Juice, a rye-based cocktail with amaro, black pepper, beet juice, and cherry juice.

“It’s remarkable how resilient our team is, especially after the 18-month closure due to the pandemic that extended well into 2022,” Drew Childers, partner of Harold’s Cabin,  said in the release. “After an exceptional execution of our holiday pop-up, we brought the Pickled Beat idea to the team and their response was incredible. They’re going into this with the same enthusiasm and optimism as everything else we throw their way, so there is no doubt that with them backing us, that this will be a very successful 2023.”