The Black Food Truck Festival is returning this fall to celebrate Black businesses and culture with food and family friendly entertainment. 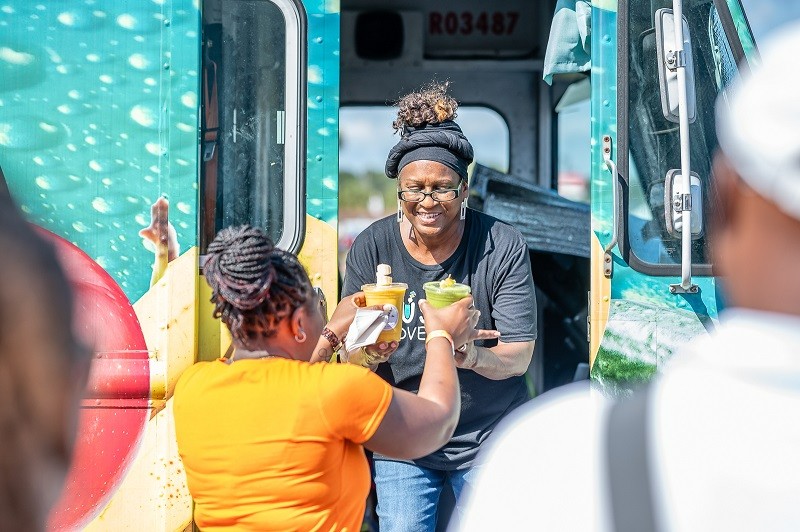 Tickets are on sale now for the two-day festival on Nov. 19-20 at the Exchange Park fairgrounds in Ladson.

The springtime festival drew 15,000 people from all around the Carolinas, which generated more than $1 million for Black-owned businesses in the Charleston region, according to a news release.

“We helped them generate awareness and future business,” he said in the news release. “That’s what this festival is all about. Yes, we’re having a fun event, but we’re also elevating our local businesses and our community.”

The food trucks returning to this year’s festival will include Peace of Soul, Mr. B’s, Keoni’s and Nothin’ But Chicken.

The entertainment lineup for Saturday will consist of The Greg Loney Experience, Trap Jazz All Stars and Red Sample Band. Those performing on Sunday are Psycodelics, Black Noyze and Live in the Flesh Experience, followed by La'Faye & the Fellas and The MVP Band as the festival finale.

The Exchange Park Fairgrounds is located at 9850 U.S. Highway 78 in Ladson.

Early-bird admission is $20 for one-day or two-days for $35, and children 12 and under are admitted free. Tickets do not include food and pets are not allowed.

Tickets can be purchased online.