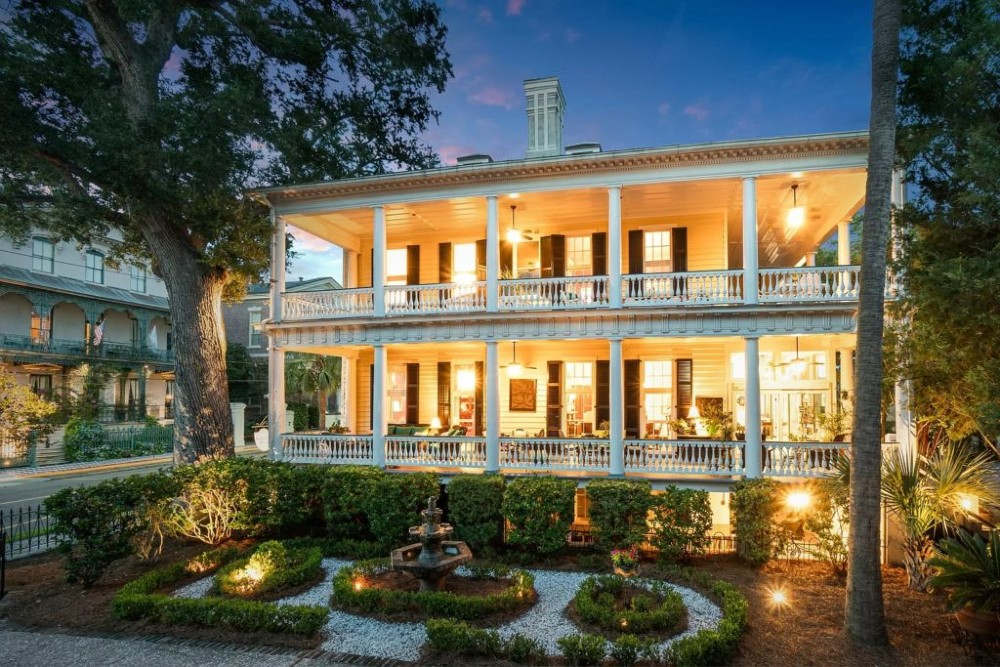 Edward Rutledge, a signer of the Declaration of Independence, lived in the Georgian-style mansion from 1763 until his death in 1800, according to a news release. Rutledge also served as South Carolina’s 10th governor.

The Governor’s House was built in 1760 by James Laurens, brother to the president of the second Continental Congress, Henry Laurens. His son, John Laurens, served as aide-de-camp to President George Washington and was a close friend to Alexander Hamilton, the news release said. Sitting on a half acre just outside the original walled city, on the site of the former Charleston Orange Garden, the house has been altered and added onto since original construction.

The house is listed on the National Register of Historic Places. In 1972 the home was declared a National Historic Landmark by the United States Department of the Interior. Original details are found throughout, including heart of pine floors, detailed moldings, six wood-burning fireplaces, a gas log fireplace in the piano room, triple hung nine-foot windows, and 12-foot ceilings. The mansion and kitchen house currently serve as an 11-room historic inn with an innkeeper’s studio.

“This grand estate is one of a kind and showcases the beautiful preservation of our historic city,” Deborah C. Fisher, Handsome Properties broker in charge, said in the news release. “It was a pleasure to work with John on the sale of The Governor’s House; he did a great job representing his client for a seamless transaction.”

The property sold for $5.3 million in 2015, according to reports at the time.