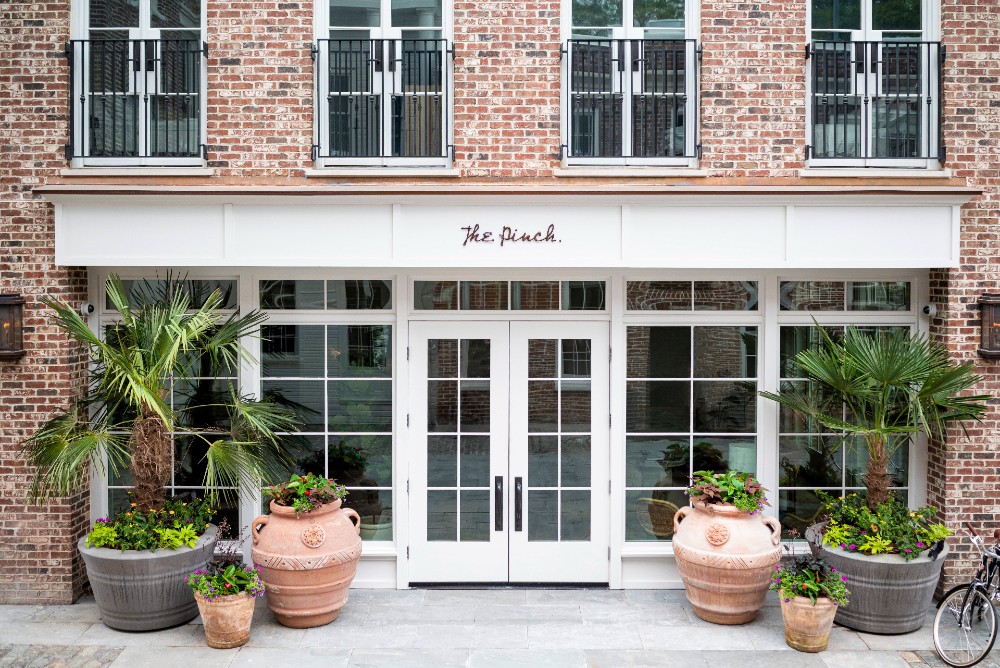 The owners of a new hotel in downtown Charleston say the new space will more than suffice in a pinch.

They bill The Pinch as a luxury boutique hotel. The property’s 25 units quietly opened for business in recent weeks at the intersection of King and George streets. The accommodations include 22 rooms and suites plus three “residences” that can be books for 30 days or more, according to an announcement from Philadelphia-based Method Co., which opened The Pinch.

Plans call for two restaurants to open this summer. The Quinte Oyster Bar will offer food and drinks in an oyster and cocktail den directly off the lobby, the announcement said. A full-service destination restaurant will be “based on French fundamentals and the soulful cuisine of Charleston,” featuring a seasonal menu that will focus on local ingredients, plus a bar and cobblestone courtyard seating. Both will feature craft cocktails along with a curated list of local beer and an extensive selection of wines with a focus on French and European producers, the announcement said.

The Pinch is housed in two original Victorian-style structures dating back as early as 1843, alongside one newly constructed building. Method Co. worked with architect Morris Adjmi of New York to design the property. Mashburn Construction was the general contractor for the project.

The Pinch is the second hotel to open outside of Philadelphia for Method Co., the announcement said.